What’s in a guarantee? 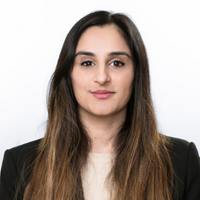 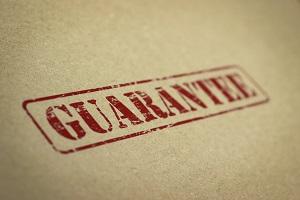 In The Rubicon Vantage [2019] EWHC 2012 (Comm) the Commercial Court considered the on demand nature of a parent company guarantee and found the parent company liable to pay, notwithstanding the underlying dispute as to liability under the charterparty contract.

Before turning to the facts and findings of this particular case, it may be instructive to revisit the legal distinction between the following two types of guarantee instruments:

An on demand guarantee is one that imposes an obligation on the issuer/guarantor to pay the beneficiary against a compliant demand. If there is a dispute as to whether there is an underlying liability the beneficiary should have the benefit of contesting that dispute with the money received under that guarantee, rather than incurring legal fees and then having to recover outstanding sums in enforcement proceedings.

A true guarantee is one that imposes a secondary obligation where the issuer/guarantor is to pay only when the principal obligor is liable to pay upon breach of the underlying contract, and this will first need to be established by the beneficiary. In contrast to the demand guarantee, therefore, the beneficiary is at a disadvantage as it has to chase the money.

A dispute arose in the context of a charterparty. The Claimant (“Rubicon”) chartered a Floating Storage and Offloading Facility called the “Rubicon Vantage” (the “Vessel”) to a wholly owned subsidiary (“Kegot”) of the Defendant (“Krisenergy”). Under the charter, Kegot was to procure a guarantee for Rubicon. This was provided by Krisenergy, and was described as a parent company guarantee, but could operate in some circumstances as an on demand guarantee.

5. In the event of dispute(s) between the Company and the Contractor as to the Company’s liability in respect of any amount(s) demanded under the Guarantee:

(a) the Guarantor shall be obliged to pay any amount(s) demanded up to a maximum amount of United States Dollars Three Million (US$3,000,000) on demand notwithstanding any dispute between the Company and the Contractor;

(b) the Guarantor shall be entitled to withhold and defer payment of the balance of the sum demanded in excess of United States Dollars Three Million (US$3,000,000); and

(c) the Guarantor shall be entitled to withhold and defer payment of any other disputed amounts claimed under this guarantee.

Until a final judgment or final non-appealable award is published or agreement is reached between the Company and contractor as to the liability for the disputed amount(s).

10. Save as set out in Clause 3, in no circumstances whatsoever shall Guarantor’s liability hereunder vis-à-vis Contactor be greater than that of Company vis-a-vis Contractor under the Contract [ie, the charter]. The Guarantor shall have all the limitations rights and defences of the Company under the Contract”.

After the vessel was accepted a number of invoices were sent by Rubicon to Kegot claiming payment for the costs of certain works to the vessel, totalling US$1.8 million. A dispute arose between the parties in relation to these invoices and Kegot refused to pay. Rubicon demanded payment from Krisenergy under the guarantee, alleging that the guarantee was an on demand instrument and that Krisenergy was liable to pay even if liability under the charter was disputed. Krisenergy said that Kegot disputed liability and that the wording of the guarantee was ambiguous as to whether its on demand obligation to pay was triggered when there were disputes as to both liability and quantum, or only if liability had been admitted but not quntum.

Krisenergy relied on the decision in Marubeni Hong Kong Ltd v Mongolian Government [2005] 1 WLR 2497 that where a guarantee instrument is not given by a bank or financial institution , there is a ‘strong presumption’ that such a guarantee imposes only a secondary liability such that payment is contingent on first establishing Kegot’s liability under the charter.

Incontrast Rubicon's position was that there was no ambiguity and the intention of the parties was clearly that the guarantee was on-demand up to US$3,000,000.

The judge rejected Kisenergy’s argument that because it was not a bank or financial institution there was a presumption that the on demand guarantee it gave was to be construed restrictively.

Adopting the above approach, the judge then went on to look at the language within the operative clauses. The key conclusions were as follows:

(1) Interpretation of clause 4: If a demand is made and there is no dispute between Rubicon and Kegot either as to liability or quantum, then Krisenergy is obliged to pay the sum so demanded within the stipulated time frame;

(2) Interpretation of clause 5: if there is a dispute between Rubicon and Kegot either as to liability or as to quantum, then clause 5 is engaged. This clause is not limited to disputes as to quantum only (as contented by Krisenergy). The only limitation the clause imposes is that Krisenergy is only obliged to pay up to a maximum of US$3,000,000; and

(3) Interpretation of clause 10: DespiteKrisenergy’s arguments that under clause 10 the guarantor is not obliged to pay out more than was admitted due, it was held that clause 10 is directed to the guarantor’s ultimate liability. On the construction of the guarantee wording ultimate liability is calculated after any adjustment/refund which was clearly legislated for in clause 6. The clauses must therefore be read together as a whole.

On the facts, since a valid demand had been made, Krisenergy was held liable to pay the sum demanded.

This case emphasises the importance of clear and unambiguous drafting, since the court will look to the language of the instrument in determining the scope of payment obligations under the guarantee instrument.