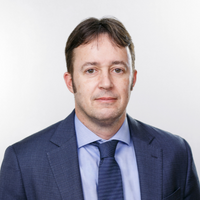 To qualify as a Jones Act seafarer a claimant must pass a two-part test, the criteria for which was set out in the US Supreme Court case of Chandris v Latsis [1995]. This test requires the seafarer to prove that:

In terms of duration the court held that, as a rule of thumb, workers who spend at least 30% of their time on a vessel (or identifiable fleet of vessels) which is capable of navigation will generally satisfy the duration requirement for seafarer status. The nature part should concentrate on whether the seafarer’s duties take them to sea and whether they face the perils of the sea.

“The Court finds that [the plaintiff] was not a seaman because his duties did not expose him to the perils of the sea. The Jones Act remedy is reserved for sea-based maritime employees whose work regularly exposes them to the special hazards and disadvantages to which they who go down to sea in ships are subjected."' (Chandris, 515 U.S. at 370). [The plaintiff] was not subjected to the special hazards and disadvantages to which seaman are subjected. Special hazards and disadvantages of being a seaman include the need to fight fires without outside assistance, the need to abandon ship, the need to survive exposure to the elements until help arrives, potential delay or inconvenience in being transported to medical attention for injuries, and being stuck on a vessel under the control of its Master and operator for extended periods until the next port call. The hazards [the plaintiff] states he faced do not rise to the level of the special hazards that longshoremen commonly encounter. Therefore, [the plaintiff] was an intended beneficiary of the LHWCA.”

The fundamental purpose of the substantial connection requirement is to separate the sea-based maritime employees who are entitled to Jones Act protection from those land-based workers who have only a transitory or sporadic connection with a vessel in navigation, and therefore whose employment does not regularly expose them to the perils of the sea.

In August 2020, the Fifth Circuit issued a new opinion determining that a welder working aboard a jacked-up offshore drilling rig was a seafarer. This opinion reversed the determination of the district court in Sanchez v Enterprise and Smart Fabricators, Southern District of Texas [June 2019] which was brought after the claimant suffered personal injury having tripped on a pipe that was fixed to the deck. The injured party claimed seafarer status and brought a claim for damages under the Jones Act. The district court granted Smart Fabricator's motion for summary judgment which opposed Sanchez’s claims to be a seafarer; holding that Sanchez did not qualify as a seafarer under the Jones Act.

Interestingly, in March 2020, a panel of the Fifth Circuit affirmed the district court holding. However, there was a highly unusual twist when in April 2020, that same panel withdrew its opinion.

Subsequently, in the August 2020 opinion, the Fifth Circuit reversed the district court determination (and superseded the first Fifth Circuit opinion from March 2020); holding that Sanchez did in fact qualify as a seafarer under the Jones Act because he had demonstrated that he did have a substantial connection both in nature and duration to the vessels upon which he worked. Whilst the finding that the duration test was satisfied was unsurprising, the finding that he was exposed to the perils of the seas and so satisfied the nature test, despite working mostly alongside a pier and returning home every evening after his shift had finished, perhaps was.

However, one of the three Judges who so ruled in the August 2020 decision also issued a concurring opinion indicating that the panel’s decision was due to having been bound by prior Fifth Circuit precedent, but that this precedent was inconsistent with the ruling of the Supreme Court in Chandris v Latsis. Considering the perceived inconsistency with Chandris, the concurring judge suggested that the entire Fifth Circuit should revisit the issue en banc. Prior Fifth Circuit precedent had not distinguished between a worker who actually went to sea and one who worked on a vessel which was tied up dockside and so where they were never exposed to the perils of the sea; please see our previous article on this subject.

In response to the request of the concurring judge, on 30 October 2020 the Fifth Circuit issued an order to announce the court would now rehear this case en banc. By way of a brief explanation, if a majority of the serving judges agree then en banc review allows the full circuit court to overturn a decision reached by a three judge panel and given how rarely the US Supreme Court is able to intervene in such matters, the importance of en banc review is significant.

Following the order for en banc review the case was argued to the en banc Fifth Circuit on 20 January 2021 which rendered their decision on 11 May 2021 and affirmed that Sanchez does not have seafarer status.

When reaching their judgement, the court considered Chandris which made clear that whilst seafarer and non-seafarer maritime workers may face similar risks and perils, this is not an adequate test for distinguishing between the two. The court further concluded that asking whether a plaintiff faced the perils of the sea, whilst being a consideration, is not the sole or primary test. By way of example the court referenced the scenario of a captain and crew on a ferry boat or inland tug working in a calm river or bay, or a drilling crew on a drilling barge working in a quiet canal and made the point that whilst, in such a scenario, risks from the perils of the sea were minimal no one would question if these workers were seafarers.

With this in mind the court concluded that the following enquiries should be made:

The court decided that because Sanchez spent his entire time on two vessels (WFD 350 and Enterprise 263) carrying out repairs, that he most certainly contributed to the function of said vessels and so satisfied the first prong of the seafarer status test. In addition to this since 90% of his total employment time was on these vessels the “duration” aspect of the substantiality test was also satisfied.

However, the analysis did not end there with the court then considering whether at least 30% of the seaman’s time spent on the vessels satisfied the “nature” part of the substantiality test. With reference to the Harbor Tug & Barge Co. v Papai [1997] decision the court decided that Sanchez’s work was not sea based and so did not satisfy the nature test.

The rationale behind this decision was that all of Sanchez’s work on the WFD 350 (a total of 48 days) was performed when the vessel was jacked-up with the barge deck level with the dock and only a gangplank away from shore; and so there was no seagoing activity which would subject him to the perils of the seas. Consequently, Sanchez’s request for seafarer status failed the nature part of the substantiality test, as set out in Chandris.

Whilst Sanchez worked on the Enterprise 263 (a total of 13 days) when it was located in the Gulf of Mexico on the Outer Continental Shelf, his time on this vessel amounted to less than 20% of his total employment time and so fell well short of satisfying the duration test. Such work was deemed to have been performed on a discrete, individual basis and once completed Sanchez would have no further connection to the vessel.

The court concluded with this helpful summary which explained that there are two types of workers on drilling rigs.

“First, we have the drilling crew, who conduct the drilling operations (and workers who support that activity) and stay with the vessel when it moves from one drilling location to another. These workers are the members of the crew of the vessel and are seamen. The second group are specialized transient workers, usually employed by contractors. These workers are engaged to do specific discrete short-term jobs. Discrete transient jobs are like the work done by longshoremen when a vessel calls in port. As stated in Papai, these workers have only a “transitory or sporadic” connection to a vessel or group of vessels and do not qualify for seaman status. Sanchez, as a transitory worker, falls into the second group, and thus does not satisfy the nature test."