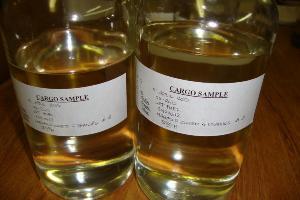 In the 1970s and 1980s there were a large number of claims arising from claimed shortages said to have been due to excess retentions on vessels. After various investigations into the causes of these “losses”, improved measurement techniques, procedures and equipment were introduced. Ship crews, inspectors and terminal personnel became better trained and more aware of how mis-measurements occur. As a result, claims arising from short deliveries have been significantly reduced.

The next significant source of claim associated with the transport of liquid cargo is the “contamination of the cargo”. This can occur on loading, during passage and/or on discharge and in all instances the first instinct of the industry is to “blame the ship”. Suppliers and receivers of cargoes (whatever the cargo may be) do not immediately take action against their trading partners. The easiest target is the carrier.

Therefore, it now seems appropriate for the industry and, in particular the carrier, to set in place certain procedures to improve the quality of sampling of the cargoes being loaded, transported and delivered; Appropriate sampling can provide vital evidence that assists in reducing the level of claims currently being presented.

This article attempts to provide a guideline to appropriate sampling which should reduce the carrier’s exposure to contamination claims.

Cargo surveyors are generally appointed by cargo interests to draw specific samples of the cargo on board during loading, after the completion of loading and prior to the start of discharge. The surveyors should use standard techniques but may not draw samples from all possible locations, depending on their instructions. These surveyors are also not obliged to provide duplicate samples for the carrier of the cargo. Any samples left on board the ship at the load port are generally intended for the receivers of the cargo. The carrier is responsible for the careful carriage of the cargo and is expected to deliver the cargo to the nominated receiver in the same condition as was loaded.

In the chemical industry it has long been the practice to draw the following samples on loading:
1. At the ship’s manifold at the start of loading.
2. At the ship’s manifold at some point during loading (e.g. ½ way through or when a shore tank change is nominated).
3. From the receiving ship’s tank after receipt of about 1m depth of cargo received (1st foot sample).
4. From ship’s tank on completion of receipt.

This sequence of sampling allows any later investigation into contamination of the cargo, to identify when and where the contamination occurred (in the shore systems, the ship’s lines and/or tanks).

It is now suggested that a similar sampling regime be instigated in the carriage of petroleum products, crude oils and vegetable oils.

Samples drawn from ship’s cargo tanks are generally drawn through the vapour locks, using ship’s sampling devices. On some occasions these initial samples indicate the cargo is off-specification. In these circumstances some companies require “open hatch” sampling to be undertaken. In many instances these latter samples show the cargo is on-specification. Vapour locks and closed sampling equipment are prone to being contaminated with the last cargo through them if they have not been cleaned between cargoes, or if additives have been added to prior cargoes through the locks.

Consequently, it is suggested that in those circumstances where the cargo is reported to be off-specification on board the ship, “open hatch” sampling should be performed to verify the representativeness of the samples drawn through the vapour locks. The samples which should be drawn at this point would be Upper (U), Middle (M), Lower (L) and Dead Bottom (DB), together with a ‘running” sample. The running sample can then be used for immediate analysis and the U, M, L and DB samples can be retained for further analysis if necessary.

Obviously, obtaining representative samples is the main problem when sampling and consideration should be given to the sampling equipment used. In most cases nowadays, closed sampling systems require a specific sampler and often the vessel’s equipment is used if the surveyors do not have appropriate samplers that fit. The first consideration should be what exactly these closed samplers sample. Sometimes these are “zone” samplers which only sample the cargo at the height they are inserted into the tank. Some are “bottom” samplers in that they only open when striking the tank bottom. If the cargo is homogeneous, then a sample from anywhere should be appropriate but sometimes contaminations can occur in layers in tanks and not all samples are appropriate.

Given that most cargoes are carried without incident, it is difficult to recommend that top, middle, bottom samples should be taken from each tank after loading for each cargo, as this inevitably would give rise to issues of storage and sample containers. We would recommend, however, that individual tank samples are taken and retained, rather than “composites”. For most petroleum products and cargoes a running or average sample should be taken after loading (where there is no suspicion of contamination) to reduce the number of samples. For “zone” type samplers, a middle sample.

In the transportation of specific toxic chemicals and gas cargoes, specific guidelines are already set down in industry publications by institutions such as the API, ASTM and BSI and should be followed by the carriers.

Sample containers come in varying sizes, materials, designs and colours. The most common of these are glass, plastic and metal. The decision as to which type of sample container would be most appropriate to use will depend very much on the nature of the product being sampled and the samplers’ intentions regarding analysis and storage. Each of the containers has their its and the choice of which to use should be based on anticipated events. If in doubt, we would recommend that glass bottles be used as the first choice. Generally, crude oils and fuel oils are more suited to metal / plastic, and products and chemicals are better in glass. In many cases failures of cargoes are for appearance so being able to see through the glass is useful, but there are some products which are light sensitive so it is probably better to have coloured glass.

Turning to the containers commonly used we would make the following comments:

a. Metal containers are generally made of tin and some are lined (e.g. lacquer lining). Some liquids may react with the soldering over time and, as such, the cans to be used should be lacquered to prevent this occurring. These containers are best used where transport of the samples is contemplated. Many airlines will not transport samples where the product itself is classed as “dangerous” liquid and the samples are in glass or plastic containers.

b. Plastic bottles come in varying qualities, designs and sizes. These bottles are also often, but not always, accepted for transportation but are not generally suitable for long term storage. Liquids contaminated with low flash point materials should not be stored in such containers as the light fractions will be lost through the plastic. On the other hand there are some chemicals which require plastic containers.

c. Glass bottles again come in many sizes and shapes. The principal parameter to consider with glass bottles is the colour. If the product being stored is sensitive to light then brown or green bottles should be used.

In all instances appropriate inserts should be obtained in order to prevent leakage through the tops. The inserts may be tin, polypropylene or PTFE.

As to size of container we would suggest sample containers of 500ml or 1ltr would be the most appropriate.

Lowered flash point contamination samples should be analysed as quickly as possible to prevent loss of the light ends through tops and plastic. However, if they are to be stored, then ideally this should be at as cold a temperature as possible and the samples stored upside down (making sure they don’t leak!).

Samples drawn for the purposes of retention should be carefully labelled. The label should include the following information:

All of the samples drawn should be sealed and a record of the seal number and the information recorded on the label should be compiled and retained on board the ship. If possible, try to have the sample witnessed by an attending surveyor and endorsed. Generally, however, surveyors will not recognize samples taken by vessel’s crew (which is always surprising given that most sampling is performed by vessel’s crew while the surveyors watch!). It is also incumbent on vessel personnel to ensure that surveyors take the appropriate samples when a problem arises. Vessel’s crew should point out where samples can be drawn and ask surveyors if they have taken them. Vessel’s crew can then draw a duplicate sample at the same time, or sample for themselves if the surveyor does not take any (sometimes problems happen when the surveyor is not on board).

The ship’s samples should be retained on board in a secure location (e.g. sample store in the fo‘c’stle). This location should not be subject to extreme temperatures as this may affect the quality of the material being stored.

Given that contamination claims are generally raised at the time of loading and/or discharging, the retention time on board the vessel would not be lengthy. However, if space allows for a more extended period, it would be wise to retain samples for a period of 1 year.

Contamination claims often result in large sums of money being at stake. Often, the cause and/or location of the contamination can be quickly identified if the appropriate samples are drawn and retained in suitable containers. Whenever one of these claims arise no-one will accept the blame. It is always the fault of some other party. And the easiest target is the ship/carrier as he is the most vulnerable.

To reduce the number of claims a good start would be to introduce standard procedures in the preparation and carriage of the cargoes to the highest industry standards. Most, if not all, shipowners have already introduced these standards. All that remains is the gathering and retaining of the appropriate evidence to support any argument they may put forward in their own defence. This aspect is left to the Master and crew of the vessel.

The guidelines outlined above may not be a complete answer to all claims but they should reduce the costs and time involved in defending them. The costs associated with sampling efficiently and ultimate disposal of unused samples pales into insignificance given the cost of the cargoes and the value of the claims. Therefore, we would strongly suggest that samples are always drawn when a liquid cargo, as well as engine fuel, is received. This way the ship interests have a better chance to show what was actually received as opposed to simply being told what was expected.