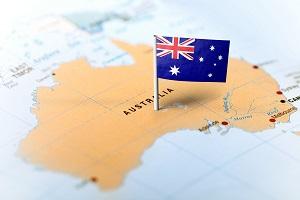 The Australian Maritime Safety Authority, AMSA, has issued a reminder to owners, operators and Masters of the need to stow and secure cargo containers in accordance with approved arrangements. AMSA Marine Notice 3/2018 can be read here. We quote below their marine notice 2018/3:

All cargo, whether carried on or under deck, should be stowed and secured in accordance with the vessel’s Cargo Securing Manual as approved under Regulation 5.6 of Chapter VI of the Safety of Life at Sea (SOLAS) Convention. This includes the manner in which cargo is secured and the weight distribution of cargo within the stow.

In Australia, Chapter VI of the SOLAS Convention is given effect through Marine Order 42 (Carriage, stowage and securing of cargoes and containers) 2016.

AMSA is aware of incidents in recent years in which the stowage of cargoes did not comply with the approved arrangements, in that:

Such practices may compromise the effectiveness of cargo stowage and securing arrangements and increase the risk of cargo being lost overboard while at sea. The likelihood of this is increased by weather conditions and navigational practices. The impact of such events on safety and the environment is often significant.

Australia expects cargo to be carried in full compliance with the vessel’s Cargo Securing Manual and in accordance with the requirements of the SOLAS Convention.

Masters and owners should be aware that additional focus will be directed towards stowage and securing arrangements during forthcoming port State control (PSC) inspections in Australia.

If, during a PSC inspection, evidence is found that;

AMSA will take the necessary steps to bring the ship into compliance.