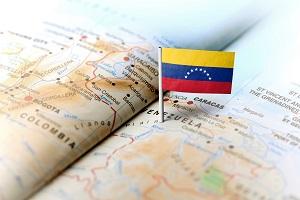 On 5 August 2019 US President Trump issued Executive Order 13884 (“the new EO”), which has potentially significant ramifications for members trading with Venezuela.

The EO defines the term "Government of Venezuela" widely so as to include “…any person who has acted or purported to act directly or indirectly for or on behalf of…” a Venezuelan Government entity (Section 6 (d)).

The EO may have “secondary” effects, i.e. it may also impose restrictions against non-US persons. It authorises the imposition of sanctions against "any person" determined to:

As with a previous EO (EO 13850), it is likely that the US authorities will treat the new EO as having the effect of a secondary sanction.

The new EO lists a number of exemptions which include transactions related to the provision of humanitarian articles such as food and medicine (Section 5 (b)).

OFAC has concurrently issued updated FAQs and a number of updated licenses.

There is now a wide-ranging asset freeze against the Government of Venezuela (GOV). However, transactions and activities related to the performance of agreements in existence prior to 5 August benefit from a wind down period expiring on 4 September 2019.

FAQ 680 – the new asset freeze against the Government of Venezuela (GOV) extends to persons or entities in which the GOV owns, directly or indirectly, a 50% or greater interest, and regardless of whether the person/entity appears on the SDN List. This means that many quasi-State commercial entities will be impacted.

FAQ 681 – GL 28 is a brand new license which authorises the winding down of operations, contracts or other agreements involving the GOV that were in effect prior to 5 August 2019. However, this GL only authorises such wind-down dealings with persons who have been blocked under the new 5 August 2019 EO. It does not authorise dealings with persons whose assets have been blocked under previous EOs. Therefore it remains prohibited to transact with PdVSA as it was designated under a different authority, EO 13850.

Links to the full set of GLs:

OFAC issues general licenses in order to authorize activities that would otherwise be prohibited with regard to Venezuela.  General licenses allow all US persons to engage in the activity described in the general license without needing to apply for a specific license.