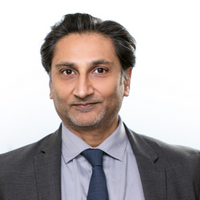 On 16 December the EU adopted its 9th package of Russian sanctions. Below is an overview of the main changes.
The latest sanctions package contains a number of Regulations and Decisions (full details can be found here) but of particular significance for Members is Council Regulation (EU) 2022/2474 which further amends  Regulation (EU) 833/2014 (“the Regulation”).
Members are reminded that EU sanctions apply in the following circumstances:

The main sanctions which are relevant to the maritime sector are summarised below. All references to regulations in brackets relate to EU Regulation 833/2014 (as amended).

In addition, a further 200 individuals and entities have been designated to the EU sanctions list meaning they are subject to an assets freeze.  This includes Russian armed forces, defence industrial companies, members of the Russian Parliament (State Duma and Federation Council) and political parties.

New export restrictions have been introduced on dual-use goods and advanced technologies that can contribute to the technical advancement of Russia's defence and security sector.  This includes a ban on exporting drone engines, certain chemical and biological equipment, riot control agents and electronic components to Russia.

An additional 168 entities have been added to the list of entities closely linked to Russia’s military and industrial complex, to whom these tighter export restrictions apply. This includes certain Russian-controlled entities based in Crimea or Sevastopol.

The export ban covering goods and technology for use in Russia’s aviation and the space industry (which includes the provision of (re)insurance) has been expanded to include aircraft engines and their parts (Art 3c). This prohibition applies to both manned and unmanned aircrafts, meaning that it is banned to export drone engines to Russia and to any third country that could supply drones to Russia.

The competent authorities of EU Member States can grant exemptions to this prohibition in order to allow certain aviation goods, which are widely used in the medical field, falling under CN codes 8517 71 00, 8517 79 00 and 9026 00 00 (as listed in Part B of Annex XI) to be exported for medical, pharmaceutical and humanitarian purposes.

There is also a wind down period for goods listed in Part C of Annex XI until 16 January 2023 for contracts concluded before 17 December 2022.

The exemption which applies to the import ban on steel products into the EU that originate in Russia or have been exported from Russia, has been slightly amended (Art 3g).  It is already prohibited to import steel products into the EU (which includes the provision of (re)insurance) which have been processed in third countries using steel originating from Russia (as listed in Annex XVII) from 30 September 2023.  With regards to products falling under CN code 7224 90, this prohibition now applies from 1 October 2024.

It is not prohibited under EU sanctions to transport Russian liquified natural gas (LNG).  However, a reporting obligation has been introduced (Art 3m and Art 3n) to ensure that restricted natural gas condensate products are not transported into the EU or to third countries.  EU companies are required to inform the competent authority of the EU Member State where they are located of the import or transport into the EU or to third-countries, of natural gas condensates falling under CN code 2709 00 10 from LNG production plants, originating in or exported from Russia.

Two Russian banks have been added to the EU sanctions list, the Bank of Moscow and Dalnevostochniy Bank.  The Russian Regional Development Bank has been added to the list of Russian State-owned or controlled entities (Art 5aa) that are subject to a full transaction ban.

Talk to Us
Members with queries regarding these or any other sanctions should get in touch with their usual contact.