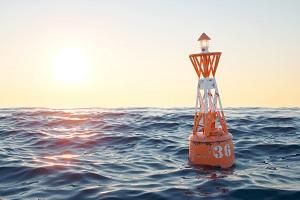 On 11 February 2015 a serious collision occurred between the laden tanker “Alexandra 1” and the container vessel “Ever Smart” off the port of Jebel Ali in the United Arab Emirates. The collision raised questions of an apparent conflict in the application of the Crossing and Narrow Channel Rules within the Steering and Sailing Rules of the International Regulations for Preventing Collisions at Sea (COLREGS).

This was the first decision of the UK’s highest court in an admiralty case in 45 years and it looked closely at the factors that apply in determining if risk of collision exists, and the importance of the Crossing Rule within the overall scheme of the COLREGS. The decision provides clarity to the benefit of mariners and admiralty practitioners alike.

The essence of the problem lay with a close quarters situation developing between one ship, the “Ever Smart”, navigating along a narrow channel and the other, the “Alexandra 1”, approaching but yet to enter the channel. This called into question whether the Crossing Rule dictated the respective responsibilities of the ships in avoiding a collision or whether the Narrow Channel Rule displaced the obligations under the Crossing Rule.

Recognising the importance to mariners of its decision, the Supreme Court delivered a lengthy reasoning coming down firmly in favour of the Crossing Rule and warning that its importance lay at the very heart of the COLREGS and should not be discarded lightly.

The facts of the collision are relatively straightforward. The container vessel “Ever Smart” was proceeding out bound from the port of Jebel Ali along a dredged narrow channel with a pilot onboard. Following the axis of the channel the “Ever Smart” was making good a course of 312°T at about 13 kts. At C-11 (11 minutes before the collision) the “Ever Smart” started to reduce speed and at C-6 the pilot had departed with the vessel doing 9.5 kts. Thereafter, still within the channel, the “Ever Smart” increased speed and at C-2 passed the No. 1 buoys marking the seaward entrance to the channel. At the time of the collision the ship was making good 12.4 kts. The “Alexandra 1”, a laden tanker, had arrived within the designated pilot boarding area at the entrance to the narrow channel with the intention of taking the pilot transferring from the “Ever Smart”. At C-27 the “Alexandra 1” was 1.4 nmile WNW of the channel entrance No.1 buoys, and over the next 27 minutes made a slow progression in a generally ESE direction towards the buoys. A notable feature of the progress of the “Alexandra 1” was that its speed fluctuated between 1.3 and 2.5 knots and the heading of the ship and its course made good over the ground varied between 090°T and 126°T. Although at night, weather and visibility conditions were good.

Another factor was much of the progress of the “Ever Smart” was either in the middle or substantially on the port side of the navigation channel contrary to Rule 9 of the COLREGS for narrow channels which requires a ship to keep as near to the starboard side of the channel as is safe and practicable. The collision occurred as the “Ever Smart” exited the channel and within the designated pilot boarding area, with neither vessel taking any meaningful collision avoidance action until the very last minute.

Throughout the time the two ships approached each other, the “Alexandra 1” observed to starboard the “Ever Smart” displaying a red light. As a simple application of the Crossing Rule this would make the “Alexandra 1” the give way vessel.

The decisions of the lower courts

The Admiralty Court and the Court of Appeal found heavily against the “Ever Smart” for its navigation on the port side of the channel. Both courts also found that a ship approaching a narrow channel with the intention of entering it, in this case the “Alexandra 1”, was also bound by the provisions of the Narrow Channel Rule at the exclusion of the Crossing Rule. Thus, in the eyes of these courts, the “Alexandra 1” was now relieved of its duties as the give-way vessel under the Crossing Rule. The two courts took the view two conflicting COLREGS rules cannot apply at the same time and where collision can be avoided by the actions of one rule without the necessity to apply the Crossing Rule, it is the Crossing Rule that should be discarded. Further, to the extent there is any ambiguity between the rules, the courts felt the precautions of good seamanship should apply as required by the general provisions and good seamanship Rule 2 (Responsibility). The lower court decisions also determined the “Alexandra 1” was not on a sufficiently steady course for the Crossing Rule to apply.

The Importance of the Crossing Rule

The Supreme Court looked at the place the Crossing Rule occupied within the context of the Steering and Sailing Rules of the COLREGS. Other than an overtaking situation with one vessel overtaking the other (Rule 13) or a Head-On situation where both vessels are on reciprocal courses (Rule 14), the only other navigational situation that involves risk of collision is where respective courses crossed each other. Probably accounting for most collision situations, the Crossing Rule (Rule 15) provided the only guidance to avoid a collision outside of a head-on or overtaking situation where no other exceptions apply.

There are a limited number of exceptions to the application of these three rules and those exceptions are expressed in clear language as to their function and scope. For example, Rule 18 which addresses responsibilities between different classes of vessel requires a power driven vessel in most situations to keep out of the way of a sailing vessel. Absent any such explicit exception and not being an overtaking or head-on situation, the Crossing Rule will apply.

Similarly, the Supreme Court clarified that where any one rule may affect the application of another, that rule was generally expressed in explicit terms as to its effect on the other rule and that effect is limited to the extent necessary to avoid danger or uncertainty and not to oust the rule altogether.

What is a ‘course’ in the context of collision avoidance

Looking first at Rule 17 (Action by stand-on vessel) the Supreme Court found there was no stringent obligation for a vessel required by the rules to keep its course and speed if to do so would compromise its own navigation. Provided the navigation of the stand-on vessel is reasonably apparent to the give-way vessel, for example the stand-on vessel is following the course of a river or approaching a pilot station (with the inherent expectation the vessel will alter course and speed to embark/disembark a pilot), then the give-way vessel is not relieved of its obligation to keep clear.
Conversely, given the erratic nature of the progress made by the Alexandra 1 towards the entrance to the narrow channel, the Supreme Court was asked if it was a requirement for the Crossing Rule to apply that the give-way vessel itself is on a steady course and speed.

Addressing this question, the Supreme Court made the observation the Crossing Rule did not contain the word ‘course’ and in practical terms it could be difficult for an observing vessel to discern with any certainty if the course of another vessel is steady. The important criteria is to determine if risk of collision exists through the considerably easier task of identifying if the approaching vessel was on a compass bearing that did not appreciably change as required by Rule 7(d)(i) (Risk of collision).
Such risk of collision, as in this case, may well continue to exist where the navigation of both vessels in terms of course and speed is not consistent if the manoeuvres of one ship effectively cancelled those of the other to leave a compass bearing between the two ships that has not appreciably changed. Provided the developing situation is neither head-on nor overtaking, a vessel that observes another to starboard approaching on a bearing that is not appreciably changing should be sufficiently alerted to being the give-way vessel in a crossing situation.

Given the decision of the lower courts, the Supreme Court was asked whether the Crossing Rule is displaced if one vessel proceeding along a narrow channel has another on an apparent crossing course with the intention of entering that channel. Recognising the purpose of the Narrow Channel Rule is to impose navigational order by requiring vessels to proceed on their respective starboard sides of the channel, the SC found this can only apply to a ship yet to enter the channel while it was in the process of ‘shaping’ its course to do so. By so doing, that ship was already complying with the provision of the Narrow Channel Rule to proceed on the starboard side of the channel and hence navigate safely in the avoidance of collision. Reliance cannot be made on the mere intention to enter the channel for the Narrow Channel Rule to take precedence. Until such time as a vessel is ‘shaping’ its course to enter the channel and where risk of collision exists that is not a head-on or overtaking situation, the Crossing Rule will continue to apply.

The point was further illustrated when considering the particular circumstance of a vessel proceeding out bound along the narrow channel having the other on its starboard side. While it may be the intention of the other vessel to enter the channel, to do so it must first cross the axis of the channel before altering course to port to shape its final approach. If the Crossing Rule was not to apply because one of the vessels was navigating within the narrow channel and the other had the intention to enter it but had yet to shape its course to do so, the Supreme Court could find no other rule within the COLREGS that would adequately substitute the Crossing Rule. The Narrow Channel Rule was inadequate while the other vessel could not comply with the basic requirement to navigate on the starboard side of a channel it had yet to enter or had even began to shape its course to enter. If the Crossing Rule was not to apply, to fill the void with the duty on both vessels to exercise good seamanship in their navigation, as required by Rule 2 (Responsibility), was far from satisfactory. The Steering Rules of the COLREGS are generally very clear and precise as to their application and the actions required when engaged, but to leave this particular situation (which the Supreme Court observed must be a frequent occurrence especially at narrow entrances to a harbour) to the dictates of unspecified actions of good seamanship without a vessel knowing what the other vessel may do ran contrary to the spirit of the COLREGS. Not least, the first rule of good seamanship is in fact to comply with the COLREGS and not to displace them.

The only rational answer is that the Crossing Rule continues to apply until such time as the other vessel having already passed ahead of the vessel navigating within the channel has started to shape its course to enter the channel. If risk of collision exists, the give way vessel exiting the channel will have to modify its navigation within the constraints of the Narrow Channel Rule to avoid the collision, most probably through reducing its speed.

The Narrow Channel Rule does not displace the Crossing Rule at anytime except when it becomes abundantly clear a vessel is shaping up to enter a narrow channel, and in so doing is already complying with the provisions of the Narrow Channel Rule so as to avoid collision.
In terms of determining if risk of collision exists and compliance with the obligations of a stand-on vessel, there is no requirement for a ship to maintain an exact heading or speed provided the general progression of a ship is consistent and/or the intended navigation of a ship is readily apparent to the other vessel. However, the overriding and most important means to determine if risk of collision exists is by reference to the observed compass bearing of an approaching vessel.