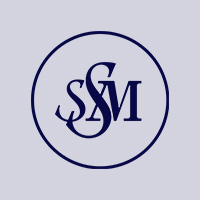 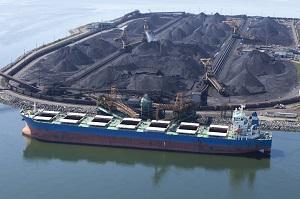 Switch Bills and the Owners’ Claims for Bill of Lading Freight: The “Illawarra Fortune”

A case in the New South Wales (Australia) Supreme Court earlier this year (Wollongong Coal Limited v PCL (Shipping) Pte Ltd [2020] NSWSC 184) examined two aspects of the carriage of goods on which the Club is frequently asked to comment: (a) the status of bills of lading when “switch” bills are issued; and (b) potential claims by owners for bill of lading freight.

Wollongong Coal Limited (“WCL”) was an Australian coal mining company and subsidiary of Gujarat India, with whom it entered into coal sale contracts.

WCL was the shipper under a number of bills of lading issued for the carriage of coking coal under the voyage charter. These bills of lading (“the August bills”) were on the Congenbill form and signed by agents on behalf of the master. The Consignee was “To Order” and the space provided to specify the charterparty to be incorporated into the bills was left blank.

The cargo was shipped in July 2013 and in August PCL issued an invoice for freight to WCL (NB.: It is not clear from the judgment whether PCL also made demands for charterparty freight from Gujarat India). The vessel arrived at the first discharge port in India on 10 September and a part payment of freight was made by WCL soon afterwards. By the time the vessel arrived at the second discharge port on 21 September, some US$3.2 million in freight was still outstanding.

WCL then requested that the August bills be replaced by switch bills, which were identical to the August bills, save that the identities of the shipper, consignee and notify party were to be changed. PCL agreed to this and, as a result, the August bills were surrendered at PCL’s office and marked “Null & Void”. A letter of indemnity was provided by Gujarat India to PCL, who in turn provided a LOI to HO. HO issued the switch bills in early October and these were released to the “new” shippers named on the switch bills, New Alloys Trading Pte Limited (“New Alloys”). Discharge of the remaining cargo followed shortly, and the voyage was completed on 9 October. The outstanding freight was never paid and this led to the legal proceedings in New South Wales.

The Court case concerned a direct claim by PCL against WCL for the US$3.2 million unpaid freight. There was no direct contract between these two parties, so PCL’s claim was founded on a legal assignment it had obtained from HO, of a claim based on the bill of lading contracts between HO as carrier, and WCL as shipper. No details are provided in the judgment as to whether any action had been taken by PCL against Gujarat India under the voyage charter, but it seems reasonable to assume that trying to recover substantial freight by legal means from a company based in India might prove more daunting than attempting to make an equivalent recovery from an Australian company through an Australian forum.

Put simply, PCL’s claim could only succeed if WCL had remained liable throughout to HO for the payment of freight under the August bills. WCL’s main defence was that once those bills had been cancelled as a precursor to the issuing of the switch bills, any obligation it might previously have had to pay the freight was extinguished. However, if this “cancellation” argument failed, WCL’s secondary defence was that they never had an obligation at all to pay freight under the August bills. There were also minor claims by PCL, as assignee from the Head Owner, for demurrage, dead-freight, bunker adjustment and port costs; here again, if WCL’s obligations under the August bills had been extinguished then any liability for these items would also fall away.

On the principal question the judge, Stevenson J, found in favour of WCL and held that the cancellation of the original bills extinguished any liability that WCL might otherwise have had to pay freight to HO. He said that the issuing of the switch bills constituted a novation of the contract of carriage, meaning that the three parties involved (viz. HO, WCL and New Alloys) had agreed to substitute New Alloys for WCL as the original shipper. The effect of this was that the obligations imposed on New Alloys were identical to those previously imposed on WCL, including the obligation to pay freight to the carrier “as per charter party” (following the wording on the face of all the bills of lading). Accordingly, the judge said (at §53):

He speculated that the commercial reason for this being agreed by HO and PCL was perhaps that Gujarat India had failed to pay freight under the voyage charter, and the novation brought about the possibility of imposing that obligation on another party (viz. New Alloys), which was the holder of the bills of lading at the time, and therefore may have had an interest in ensuring the discharge of the coal. Whatever the case, the judge was quite definite in his view that any liability of WCL to pay freight to HO was extinguished by the cancellation of the August bills and their substitution by the switch bills.

That would have been sufficient to dispose of the case, but Stevenson J also remarked on the question of whether WCL had ever owed an obligation to pay freight to HO under the August bills. On the basis that all parties agreed the words “Freight payable as per charter party” on the face of the bills of lading referred to the voyage charter, the judge said:

A. It is not the case that these words should be construed as meaning only that freight is payable by the person liable to pay freight under the voyage charter (ie. Gujarat India in this case). There is a common law obligation on a shipper to pay freight for the carriage of goods and, moreover, he cited (at §70) several English cases which have held that these words:

i) amount to a direction by the carrier to the shipper as to how it is to comply with the obligation to pay the bill of lading freight;

ii) effect a delegation by the owner to the party payable under the voyage charter (PCL in this case) of the “manner or mode” of collecting the freight; and

iii) constitute an appointment of the delegated party as the owner’s agent for that purpose, whose receipt binds the shipowner.

B. Following the English Court of Appeal decision in The Bulk Chile (Dry Bulk Handy Holding Inc & Anor v Fayette International Holdings Limited & Anor [2013] EWCA Civ 184), a head owner’s right to demand freight from the shipper is separate and distinct from its right to lien sub-freights. The latter is dependent on there being a default in the payment of hire or charter party freight by a time or voyage charterer, and PCL were not in default here. The fact that the Head Owner would not itself suffer a loss if it wasn’t paid the freight is irrelevant: it is purely the exercise by the owner of an entitlement to freight under a contract of carriage, which is not contingent on any default or other event. Of course, if the owner is not out of pocket and does receive the freight, it is understood that it must account for any excess to another party or parties (eg. the time charterer).

Accordingly, had the August bills not been cancelled, the judge would have found that freight due from WCL under those bills would have been payable directly to HO, and therefore to PCL as assignee.

Regarding the minor claims for demurrage, dead-freight, bunker adjustment and port costs, PCL accepted that the sums claimed could not be viewed as falling within the definition of “freight” so as to make them payable under the “freight payable” obligation on the face of the bills. However, it was said that payment obligations arose due to the incorporation of the voyage charter terms into the contract of carriage by virtue of the standard term on the reverse side of the Congenbill (viz. “All terms and conditions, liabilities and exceptions of the [voyage charter] are herewith incorporated.”). On that point the judge cited the requirement, often stated in English cases (eg. Thomas v Portsea [1912] AC 1; The Annefield [1971] 1 LLR 1; The Varenna [1983] 2 LLR 592) and textbooks (eg. Voyage Charters, 4th edn, §18.50; Aikens et al., Bills Of Lading, 2nd edn, §7.89-7.92), that only clauses in the charterparty which are “directly germane to the subject matter of the bill of lading” (eg. to the shipment, carriage and delivery of the cargo) can be incorporated into the contract of carriage, provided also that this can be achieved without excessive manipulation of the words used (in practice, often whether “shipper” can be substituted for “charterer”). With that in mind, and dealing with each claim in turn:

C. Demurrage. Whilst demurrage per se is “directly germane” to the carriage of goods, the judge considered that the time at which the vessel would arrive at the load and discharge ports would be beyond the control of a party who, like WCL, was purely a shipper. As such, it would not have been the intention of the parties to make WCL liable for demurrage and, therefore, inappropriate to substitute “shipper” for “charterer” in the incorporated voyage charter.

D. Dead-freight. The voyage charter in question contained no provision for the payment of dead-freight. That being the case, any obligation on WCL to pay dead-freight could not have arisen under the bills of lading and PCL, as assignee of rights under those bills, could not make a recovery from WCL.

E. Bunker Adjustment. The Voyage Charter required Gujarat India to pay an increased freight if fuel costs increased. This was considered an “incident of freight” and WCL would be liable to pay it for the same reasons as it would be required to pay freight.

F. Port Costs. As there was no provision in the Voyage Charter for payment of port costs by the voyage charterer, these could not be claimed from WCL.

The NSW Supreme Court is a “Superior Court” in the Australian judicial hierarchy and therefore its decisions should have persuasive effect in other common law jurisdictions. The analysis of the means by which a Head Owner can demand payment of freight from shippers under bills of lading followed English authority closely, and in any event this aspect, and the minor claims, were not necessary for the judge to reach his final decision on the case (ie. “obiter dicta” and therefore of less importance). However, the conclusions reached regarding the cancellation of the August bills and reissuing of switch bills, and how this amounts to a novation of the contract of carriage, may prove notable given the prevalence of this practice in commercial shipping. 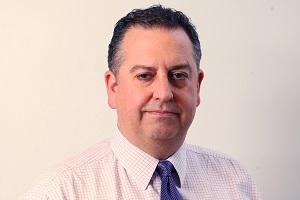