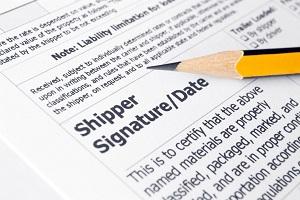 The shipper named on the Bill of Lading will not always be the shipper under the contract of carriage.

In a recent High Court case, MVV Environment Devonport Ltd v. NTO Shipping GmbH & Co. KG MS Nortrader [2020] EWHC 1371 (Comm), a claimant brought a jurisdiction challenge to an arbitration award under s.67 of the Arbitration Act 1996. The claimant argued that its inclusion as shipper in a Bill of Lading was a mistake and that it was not the shipper under the contract of carriage. The High Court agreed and set the award aside on grounds that the claimant was not a party to the arbitration agreement contained in the Bill of Lading.

The claimant, MVV Environment Devonport Ltd (“MVV”), is a company that specialises in converting waste products to energy. As part of this process, a waste product known as “unprocessed incinerator bottom ash” (“UIBA”) is created. The claimant entered into a contract (“the IBA Contract”) with RockSolid BV (“RS”) for the disposal of the UIBA.

Under the IBA Contract, the UIBA became the property and responsibility of RS from the moment that it was loaded onto its vehicles at the claimant’s plant, and RS was responsible for arranging shipments of UIBA to its plant in the Netherlands. This included chartering a vessel for the purpose, procuring the shipment aboard the vessel and issuing a Bill of Lading for the shipment. These arrangements had been made 33 times between June 2015 and January 2017.

The litigation in this case arose after RS suffered losses after a cargo explosion occurred on board shortly after loading. The vessel, the “MV Nortrader”, had been chartered by RS from the defendant. The defendant commenced arbitration and brought a claim for damages against the claimant, as the named shipper. The claimant sought to set aside that award by arguing that it was not the shipper under the contract of carriage.

The Bill of Lading & contract of carriage

The Bill of Lading incorporated by reference the terms and conditions of the voyage charterparty between RS and the disponent owners of the vessel. The voyage charterparty named RS as charterer, MVV as shipper, and Sanders Stevens Ltd. (“SS”) as charterer’s loading agent. SS prepared the paperwork, including the Bills of Lading, which each named MVV as the shipper and RS as the consignee. For each shipment, once the documents had been generated and the UIBA had been loaded onto the vessel, SS sent a copy of the documents to the various parties.

The ultimate issue was therefore whether the claimant was party to the contract of carriage evidenced by the Bill of Lading; in other words, was the shipper named on the Bill of Lading also the shipper under the contract of carriage? If it was not, then it was not a party to the arbitration agreement with the defendant and the Tribunal had no jurisdiction.

Was there an agency relationship?

That issue in turn depended on whether either RS or SS had authority to enter into a contract of carriage as agent for the claimant. An agency relationship can arise in a number of different ways under English law, however on the facts the court held that neither RS nor SS had authority to act as MVV’s agent.

The judgment also provides a useful reminder of the different types of authority that may give rise to an agency relationship.