Rejection of Cargo by Receivers - A Case Study in Cargo Contamination 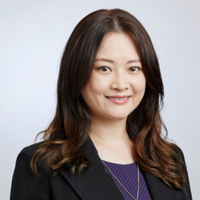 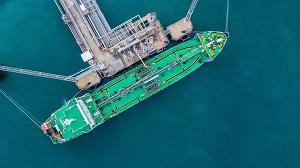 It is not uncommon that, upon arrival at the discharge port, cargo receivers may delay taking delivery or reject the cargo for various reasons, for example, damage to the cargo, delay in arrival of the original bill of lading, disputes under the sale contract, or difficulties in the market. Carriers are often caught in a very difficult position of trying to mitigate loss and finding a way to dispose of the cargo, often without any cooperation from the receivers. The urgency of the next voyage, extra cost and expenses in keeping the cargo, additional risks to the safety of the cargo and other reasons may put great pressure on the carriers. Do the carriers have to keep the cargo until the receivers finally take delivery or formally abandon the cargo, or are they free to take steps to dispose of the cargo and/or leave the discharge port?

This article, by analysing a recent cargo contamination case, tries to illustrate the difficulties faced by the carrier in a situation where receivers rejected a (partially) contaminated cargo and refused to cooperate with the carrier in finding ways to dispose of and/or salvage the cargo, leaving the carrier on its own to try to mitigate loss. We highlight the importance of exploring all possible legal and commercial options to resolve a situation which could potentially expose the carrier to substantial loss/damage and consequential loss claims.

Delivery is an action completed by both sides – proffering delivery and taking delivery – which together accomplish the final stage of a contract of carriage. However, this does not mean that receivers are obliged to take delivery in all circumstances. As a general rule, the receivers may refuse improper delivery: they have no obligation to receive the cargo in any unreasonable way or in any form or manner other than what they have contracted for. For example, without legal excuse, the carrier must not deliver the cargo at a place other than the agreed destination.

What happens if the cargo is damaged? In general, the receivers must still accept delivery of damaged cargo and mitigate the loss. Under English law, if the receivers fail to take delivery of the cargo within a reasonable time they will be liable for damages, and a wrongful rejection may result in a liability for damages arising from that rejection, unless the cargo had been so badly damaged as to amount to a “change in specie”. Accordingly, receivers have a duty to accept damaged goods unless the cargo is practically or totally worthless.

In a recent cargo contamination case handled by the Club, Korean Receivers refused to accept a cargo of phosphoric acid into their refinery storage due to the cargo being contaminated by oily residue from a previous cargo. Expert advice suggested that sound cargo could be separated from the contaminated cargo by a decanting process. It would have been possible to discharge the good cargo leaving just a minimal amount of contaminated cargo in each tank to be disposed of by the vessel. Owners would therefore have been able to re-tender sound cargo to the Receivers.

Despite this, the Receivers rejected the entire shipment and claimed they could not accept even sound cargo following the proposed decanting process, on the basis of a likely risk of catastrophic damage to their and/or their end-user clients’ machinery. The Receivers even refused to participate in further sampling or testing or to provide any alternative solutions.

Notwithstanding the Receivers’ unreasonable and uncommercial refusal to participate in any form of loss mitigation, Owners were advised that they would need to act unilaterally to avoid considerable loss of time and earnings: they had no choice but to consider a more practical and commercial approach to move forward to resolve the dispute. Any arguments raised at a later stage that such an approach was incorrect could be countered by Owners because no other realistic alternative had been proposed by the Receivers.

Owners were careful at every stage to document the actions undertaken, inform Receivers and Charterers of those actions and always invite them to participate where appropriate. Receivers were informed of the cargo analysis results so that at a later stage Owners could prove that Receivers were fully informed yet still chose to reject the cargo. This would help Owners avoid arguments later on and assist with resolving the matter faster and more cost-effectively. The aim was to compile evidence to demonstrate that Owners had to take all reasonable actions unilaterally to reduce losses.

Owners also issued a formal notice to the Receivers which put them on notice that the cargo below the oily film was uncontaminated and set out the legal obligation of Receivers to receive the on-spec cargo once re-tendered, and stating that Owners were taking reasonable and justified actions to rectify the situation and reduce losses. If the Receivers still rejected the good cargo, this notice would help protect Owners’ rights.

Upon receipt of the notice, the Receiver issued a written rejection. This was considered to be a formal rejection of the cargo meaning that Owners were clearly within their rights to take any steps they considered necessary to reduce losses. In considering the steps to be taken, Owners had to take into account their potential exposure and the available options, i.e. whether they should fight the case with the Receivers and force them to take delivery of the cargo, or alternatively proceed to explore other alternative legal or commercial options to try to reduce losses in light of the Receivers’ rejection of the cargo.

Owners’ potential exposure in this case

On the basis of contemporaneous evidence, the expert report and a scientific analysis of the source of the contaminant by an independent laboratory indicating that the only likely source of the contaminant was the previous cargo, it was considered very likely that a tribunal would come to the conclusion that Owners would be liable for the resulting direct losses, i.e. diminished value of the cargo. In addition, Owners would also be exposed to potential claims for any additional freight costs paid by Receivers for a replacement cargo as well as their consequential loss of profit, loss of end-user clients and business opportunities and reputation. In defence, Owners would argue that such losses were too remote to be recoverable as damages.

Even in light of the expert advice that the cargo could safely be discharged, the risk to the Receivers’ high-value machinery (or that of their end-users) was likely to be found by a tribunal to be the overriding factor as to why it was reasonable for the Receivers to reject the cargo. As such, the Receivers’ actions to look for a replacement cargo and continue their business dealings would likely be considered prudent in mitigating their losses and those in relation to end-users.

Another complicating factor was that, whilst it was expected that claims would be brought in arbitration against Owners under English law as per the bills of lading terms, the claims might potentially be brought locally (in contravention of the law and jurisdiction clauses in the bills of lading) and the Vessel might have been arrested for security.

Faced with the reality that the Receivers were not going to take delivery of the cargo, Owners proceeded to investigate possible mitigation options. These included reselling the cargo back to the shippers, or a salvage sale to local buyers at the port of discharge or to buyers at another port. The returns and costs of each option had to be considered and compared. Owners were under time pressure as the longer the delay, the more loss and damage they would suffer.

As the Receivers were owners of the cargo, in order to sell or dispose of it, Owners need to get approval from the Receiver or confirmation that they had abandoned the cargo. A formal notice of abandonment, or endorsement on or return of the original bills of lading, was needed in order to re-sell the cargo. Owners were not free to deal with the cargo without abandonment or endorsement since they were not owners of the cargo and had no right to deal with it. If they had proceeded to dispose of or sell the cargo without the owner’s consent, they would have been at risk of being held liable for conversion.

There were two obvious options:

But neither turned out to be viable.

An Order from an Arbitration Tribunal or from the Korean courts would require the Receivers to take some physical action: accept or abandon. However, arbitrators have little power to enforce their Orders, especially in foreign jurisdictions, and Korean lawyers advised that a Korean Court Order along those lines could simply be ignored by the Receivers without any real negative legal/commercial consequences.

Furthermore, even if the Receivers did comply with a Korean Court Order to accept delivery of the cargo, they likely would have sold the cargo in a salvage sale locally which would have obtained a substantially lower value than a re-sale to a salvage buyer at another port. The Korean Legal approach therefore did not appear to be the best mitigation of loss strategy.

In light of the foregoing, the course of action decided upon was for Owners to engage in an amicable discussion with Receivers to persuade them voluntarily to abandon the Cargo, and endorse or return the original bills of lading to Owners, in exchange for an immediate settlement of the cargo’s total loss, or at least the receipt of acceptable security to cover the loss.

With the above considerations in mind, Owners, in consultation with the Club, agreed with the Receivers to reimburse them in full for the value of the cargo and that all other claims, including those for consequential losses, would be dropped. Owners were then to gain title to the cargo (through an Abandonment Letter) and could sell it to a salvage buyer, thereby reducing the overall losses.

The best price for the salvaged cargo, also taking into account freight costs, was offered by a buyer in Malaysia. The sale proceeds from the salvage buyer, plus a payment by Owners which represented the diminution in value of the cargo (i.e. in total, the original invoice value of the cargo), were remitted to Korean lawyers, who then paid the entire sum to the Receivers in exchange for a letter of abandonment. As the shipowner now had title to the cargo it could be delivered to the salvage buyers. The amount paid by Owners (representing the net loss of value of the cargo), plus the freight factor of transporting the cargo from Korea to Malaysia, were covered by the Club.

As can be seen from the above case study, whilst the general legal position is that receivers are obliged to take delivery of cargo even if it has been damaged, there are limited situations where receivers would be justified in rejecting the cargo. In some circumstances, despite legal remedies available in some jurisdictions for the carrier to try to force receivers to take delivery or formally abandon the cargo, such action may not be feasible in practice and might even expose the carrier to more delay, loss and damage. Carriers may in these circumstances have no option but to take active steps to try to reduce the loss and find alternative ways of resolving the deadlock, in the absence of normal cooperation from the receivers. This is especially so when the carrier is clearly at fault for the cargo damage and also does not have a viable claim for damages against receivers for non-acceptance of cargo or delay in taking delivery.

In such cases, an owner should act quickly to obtain legal advices in all relevant jurisdictions and try to explore all possible alternatives, both legal and commercial, to resolve the dispute.