No Referral, No Liability 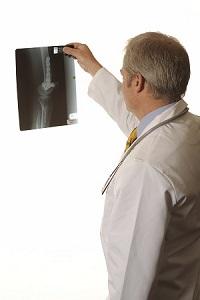 Protecting a shipowner from the negligence of a shoreside medical provider.

A shipowner is liable for the negligence inflicted on its employees by its officers, agents or employees Hopson v. Texaco, Inc., 383 U.S. 262 (1966). For there to be an agency relationship, the injuries need to be caused in whole or in part by the fault of others performing, under contract, operational activities of the crew member’s employer. A shipowner will therefore be liable for the negligence of an onshore physician it chooses to treat its crew members Central Gulf S.S Corp v Sambula 405 F 2d 291 (5th Cir. 1968). In Randle v. Crosby Tugs, LLC, No. 17-30963 (5th Cir. 2018) crew member alleged that the shipowner should be held vicariously liable for the shoreside medical provider’s medical malpractice. In this case the shipowner had called for an ambulance when the crew member suffered a stroke, but importantly, they did not select the hospital that the crew member was taken to. The 5th Circuit clearly stated that an agency relationship is only formed when the principal takes an affirmative act to select the agent, regardless of the shipowner’s non-delegable duty to provide medical care.

Whilst a shipowner has a non-delegable duty to provide adequate medical care, the non-delegable duty in itself does not create an agency relationship. Therefore, a shipowner who does nothing more than call for an ambulance to take a crew member to hospital should not create an agency relationship between the shipowner and the hospital. The agency only occurs when the shipowner takes an affirmative act to select the agent. Olsen v Am.S-SCo.,176 F.3d 891,896 (6th Cir.1999).

In the circumstances a shipowner will have a viable defence that they were not liable for the damages caused by the negligence of a shoreside medical provider they did not select.

Can a shipowner seek recovery of damages paid in respect of the shoreside medical provider’s negligence under Federal Admiralty Tort?

“(a) A party seeking to invoke such jurisdiction over a tort claim must satisfy conditions of both location and connection with maritime activity. In applying the location test, a court must determine whether the tort occurred on navigable water or whether injury suffered on land was caused by a vessel on navigable water. 46 U. S. C. App. § 740. In applying the connection test, a court first must assess the "general features of the type of incident involved" to determine if the incident has "a potentially disruptive impact on maritime commerce”

It is therefore unlikely that Federal Maritime Law would apply to the medical negligence of a shoreside medical provider as the test in Grubart is unlikely to be satisfied.

If the Grubart test is satisfied:

• would shipowners be able to seek an equitable indemnity and contribution for Jones Act negligence against the shoreside medical provider?

“when the shipowner selects a doctor, who acts negligently”.

In the circumstances, the shipowner will only be entitled to equitable indemnity and contribution for settlement of Jones Act negligence if the medical provider was acting as an agent.

• Can a shipowner seek indemnity for a breach of Federal Maritime implied contract?

In Ryan Stevedoring Co. v. Pan-Atlantic S.S. Corp., 350 U.S. 133-34, 76 S. Ct. 232, 100 L.Ed. 133 (1956) the court considered the liability of a stevedoring contractor to reimburse a shipowner for damages paid by the shipowner to the stevedoring contractor's longshoremen in respect of injuries he received during the course of his employment on the ship. The United States Supreme Court held there to be an implied warranty of workman like performance in every contract between a maritime contractor and a shipowner.

The Ryan indemnity was extended by Waterman Steamship Corp v Dugan & McNamara Inc.; 364 U.S 421,81 S. Ct.200, 5 L.Ed.2d 169 (1960) to situations where there was no express contractual relationship. Waterman, like in Ryan, also involved the shipowner seeking to recover from the stevedoring contractor the amount they have paid in satisfaction of the longshoreman's injury claim.

However in Joiner v Diamond M Drilling Co.; 677 F.2d 1035,1038 (5th Cir. 1982) a crew member was injured on board and was transferred to a hospital shoreside where he deteriorated and passed away and the shipowner sought contribution and indemnity against the medical facility. It was held that the Ryan indemnity did not apply to private land locked physicians where there was no special relationship.

“A private land-locked physician who treats a patient who happens to have been injured at sea, does not thereby enter into an implied maritime contract. We can find absolutely no support for the proposition that an ordinary, private, onshore physician who treats an injured sailor has thereby submitted himself to the rules of maritime commerce. Rather, it has been consistently held that it is state law which controls in cases such as this.”

Even if there is a special relationship the court in Royal Caribbean Cruises v. Swedish Health Services, 76275-3 (Wash. Ct. App. 2018) said:

“Absent any evidence that the payments were made as a result of a referral by RCCL the payments alone do not establish an implied contract”.

This was, notwithstanding the fact that RCCL had paid the medical provider to treat crewmembers for 15 years.

Each state will apply their own law and therefore the next section will use Washington State Law as an example, but steps should be taken at an early stage to identify the relevant state law to ensure any necessary procedural steps are taken to protect the shipowners’ position.

Washington State Law RCW 4.22.040 provides that a right of contribution exists between or among two or more persons who are jointly and severally liable upon the same indivisible claim for the same injury, death or harm, whether or not judgment has been recovered against all or any of them.

RCW 4.22.070 provides that joint and several liability will apply:

The shipowner is required to evidence that the medical provider was acting as the shipowner’s agent to be able to claim a contribution or indemnity. To establish agency under Washington Law the control of the agent by the principal is required. Moss v. Vadman, 77 Wn.2d 396, 402-03, 463 P.2d 159 (1969).

Therefore, an agency relationship will still need to be established for the shipowner to recover a contribution or be indemnified by the shoreside medical provider under Washington State Law.

Equitable indemnity rights only apply if the medical provider owes a legal duty to the shipowner. In Sabey v Howard Johnson & Co 101 Wn.App. 575, 592,5 P.3d 730 (2000) The court said the special duty need not arise from a contract, but the question was whether a duty was owed to the individual. Legal duty is a question of law which the court reviews de novo (anew). In the circumstances if a shipowner can show that the medical provider owed a legal duty to them then they may be able to seek to claim an equitable indemnity.

“allows one party to step into the shoes of a second party who is owed a debt or obligation and to receive the benefit of that debt or obligation, in the absence of any contractual agreement or assignment of rights between those two parties or the debtor”

But the rights to equitable subrogation will only be enforced provided the action is brought by the shipowner within the time limits of the crewmember’s original cause of action otherwise the claim will be time barred.

Under Florida State Law 768.31 the right to a contribution is limited to where a tortfeasor has paid more than their pro rata share of the common liability and they can only recover any payments that they have made in excess of their pro rata share.

In conclusion a shipowner is liable for damages for negligence of a shoreside medical provider only if they selected that provider.

If there is an agency relationship, careful review of the relevant State Law should be made upon receipt of a claim from the crew member to determine what steps should be taken under State Law to protect the shipowner’s position for recovery against the shoreside medical provider and where the shipowner intends to pursue a claim for equitable subrogation, attention should be given to the time limits for bringing such a claim.