Limitation of Liability – How does it apply to a marina? 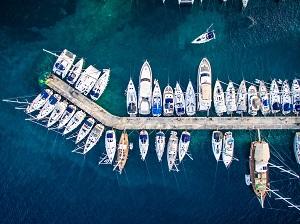 In a previous article we considered what constituted a ‘vessel’ for the purpose of limitation of liability. The recent case of Holyhead Marina Ltd v Peter Farrer & Others has again put the spotlight on who or what can benefit from the limitation provisions – this time in considering whether a marina falls within the definition of a ‘dock’ and so benefit from the right to limit liability.

On 1 and 2 March 2018, Holyhead Marina, Wales, was hit by the North Easterly gales of Storm Emma. The damage sustained to the marina and the 89 vessels moored there was described as catastrophic with the pontoons breaking up or becoming completely detached.

Holyhead Marina Ltd, the lessee of the marina (the ‘Marina’), sought to limit liability for claims they faced from the vessel owners for damage worth approximately £5 million. The Marina contended liability should be limited to £550,000 pursuant to the rights afforded under the Merchant Shipping Act 1995 (“MSA”).

Mr Justice Teare handed down the Admiralty Court’s judgment following an application by the Marina to strike out part of the vessel owners’ (“the Defendants”) defence arguing that the Marina was not entitled to limit liability. The Marina also sought to strike out the argument that it had lost any right to limit because the damage resulted from its recklessness and with knowledge that the damage would likely occur.

The concept of limiting a shipowner’s liability was introduced in 1733 in a bid to increase the number of ships and to encourage international trade by sea. Initially, limitation applied to claims for damage to other ships: it was not until the Merchant Shipping Act 1900 that this was extended to include damage to other property such as docks. Significantly, the 1990 Act was the result of discussions amongst the wider industry, including dock owners against whom limitation might be exercised, and so the limitation was introduced as a reciprocal arrangement, with dock owners also receiving the right to limit for claims for damage to vessels.

Is Holyhead Marina a Dock?

s. 191 of the MSA describes a ‘dock’ as including ‘quays, wharves, piers, stages, landing places and jetties’. The Defendants argued that Holyhead Marina was not a dock, as defined by the MSA.

The parties agreed Holyhead Marina was an arrangement of floating pontoons for the mooring of small leisure craft, linked to the land by a bridge. However, the Defendants argued that the natural meaning of a dock was an enclosed body of water used for loading, unloading or the repair of ships. Furthermore, none of the statutory examples could sensibly describe a marina consisting of only floating pontoons.

The Court agreed that whilst a marina could be found in a dock, it could not in itself be considered a ‘dock’ within the ordinary meaning of the word. Nevertheless, the Court found the Marina was entitled to limit liability because the Marina could satisfy the definition of a ‘landing place’ given that it was where the owners of small leisure craft ‘landed’ ashore.

The Court considered the arguments that the MSA was concerned with commercial shipping and to extend limitation right to marinas, or a ‘landing place’ for leisure craft users, would be inconsistent with the MSA’s intention. However, the Court accepted that the usage of docks would inevitably change over time with some commercial activity in certain ports declining and leisure use increasing, and vice versa, and so found no reason to limit the right to limitation to commercial shipping.

The court accepted the Marina’s application to strike out the defence that the Marina had no right to limit liability because it did not satisfy the definition of a dock.

Losing the right to limit?

The Court went on to consider whether to strike out the argument that the Marina had lost its right to limit.

s.191 (4) of the MSA provides that the right to limit liability will be lost ‘if it is proved that the loss resulted from his personal act or omission, committed with the intent to cause such loss, or recklessly and with knowledge that such loss would probably result’.

The right to limit is sometimes described as ‘indisputable’ with very few examples of the right to limit being lost. The intentional scuttling of the Atlantik Confidence  in 2013 is a useful illustration of the requisite knowledge required to lose one’s right to limit, but cases where this was proven through recklessness, rather than an intentional act, are even rarer.

In the Holyhead Marina judgment, the Court emphasised the need for the Defendants to identify the individuals who constituted the alter ego or ‘directing will and mind’ of the Marina. It was not sufficient to argue the purported knowledge of an unnamed party because of the severity of the allegation involved.

The Court considered it was most improbable that the named parties, two directors of the Marina, knew their acts and omissions would probably cause the degree of catastrophic damage that occurred – to the extent their livelihoods were put at risk.

Nevertheless, whilst conceding it was most improbable that the Marina had the requisite knowledge that the particular damage would occur, the court declined to remove the argument from the Defence at this juncture because it had a prospect of success, and so it remains part of the defence that the Marina must address.

As mentioned above, limitation under the MSA is calculated by reference to the largest vessel having called in the area over which the party seeking to limit 'discharges any functions’ in the preceding five years.

The Defendants additionally argued that, if the Court considered the Marina was entitled to limit, the quantum of limitation should be calculated by reference to the tonnage of the largest vessel that had called in Holyhead Harbour rather than just the Marina. If the Defendants were to succeed with this argument, the quantum of limitation would be calculated by reference to the Holyhead to Dublin ferries: limitation would then exceed the Defendants’ claims.

However, the court concluded there was no logic or reason to limit the liability by reference to a passenger ferry using the Harbour but not the Marina, and over which the Marina exercises no function or control.

Therefore, the quantum of limitation should be calculated by reference to the tonnage of the largest vessel that called in the Marina in the preceding five years.

A serious storm has the potential to cause huge devastation to any marina or port, and with several superyacht ‘hubs’ having emerged, limitation of liability could leave a significant shortfall if the owners of damaged vessels were forced to share from one ‘limitation pot’.

Holyhead Marina is by no means the first marina to suffer significant damage of this nature in the last few years and with debate as to whether the ferocity and frequency of severe storms is increasing - this decision may carry great significance in future cases.

However, with experiences such as the Holyhead and Rapallo storms to reflect upon, perhaps dock owners will be expected to have a more informed idea of the degree of damage that their reckless acts or omissions might cause.

In our earlier article concerning what constituted a ‘vessel’, we concluded that the effect of limitation could be surprising and in some cases, lead to arbitrary results. Whist this case may, to some, feel somewhat arbitrary in nature – it may be some comfort to know that limitation is at least a reciprocal arrangement.