Identifying a disponent Owner not named in the charterparty 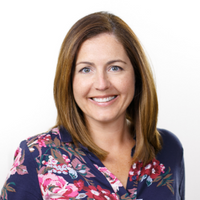 The recent case of Americas Bulk Transport Ltd v Cosco Bulk Carrier Ltd (The Grand Fortune) serves both as a warning of the potential repercussions when the parties to a contract are not clearly identified and a reminder of the legal principles that apply when determining who the parties are.

A dispute arose between Cosco and Bulkers concerning hire claimed to be due to Cosco from Bulkers under the Head Charterparty. When Bulkers went into liquidation in 2008, Cosco took an assignment of Bulkers’ rights in order to claim the unpaid hire from ABT. Arbitration proceedings were commenced by Cosco but ABT asserted that the true Disponent Owner was Bulk, not Bulkers, and that there was therefore no contract and in turn no valid arbitration agreement between it and Cosco. ABT sought a ruling from the Tribunal that the Tribunal had no jurisdiction over the dispute between ABT and Cosco, however the Tribunal rejected ABT’s case and ruled that it did have jurisdiction. ABT appealed to the Commercial Court (the “Court”) under section 67 of the Arbitration Act 1996, challenging the Tribunal’s substantive jurisdiction to hear the dispute.

The Court reached the same conclusion as the Tribunal; that Bulkers and not Bulk were the Disponent Owners of the Vessel and that the Tribunal did therefore have jurisdiction over Cosco’s claim against ABT. That conclusion was reached despite a pro forma charterparty having been drawn up several months after the Charterparty was agreed which named Bulk, not Bulkers, as the Disponent Owner.

The Court summarised the legal principles as follows:

Parties Identified in the Recap?

It was therefore necessary to consider the second issue, namely the extrinsic evidence of what the parties said and did up to the point at which the contract was concluded for the purposes of determining who a reasonable person, furnished with the relevant information, would conclude was the Disponent Owner.

Based on the available evidence, the Court found:

The Court concluded that the extrinsic evidence of what the parties said and did up to the date when the Recap was sent would have led a reasonable person to conclude that Bulkers and not Bulk was the Disponent Owner. In those circumstances, everything that was said and done thereafter was irrelevant and immaterial. However, the Court added that to the extent it was wrong and it was permissible to refer to conduct occurring after the date the contract was entered into, then on the facts it would have reached the same conclusion in any event on the basis hire due under the Charterparty was paid to Bulkers; cargo letters of indemnity had been issued to Bulkers; and although the draft pro forma charterparty which was drawn up several months after the Charterparty had been agreed named Bulk as the Disponent Owner, it is likely that this was an error.

The case serves as a useful reminder that where the parties to a contract are not sufficiently identified in the contract itself, then only evidence of what the parties said or did up to the point at which the contract was concluded is relevant to determining who the parties are.

The case also highlights the risks involved in what is unfortunately a commonly used practice in the shipping industry of failing to name either the owners/disponent owners or charterers (or both) in charterparty recaps or inserting potentially ambiguous wording such as “otherwise as per last fixture”. Identifying the parties in clear terms would avoid the issues which arose in The Grand Fortune, including the time and costs involved litigating, and would also make it easier for a party to a contract to screen its counterparty for sanctions etc.