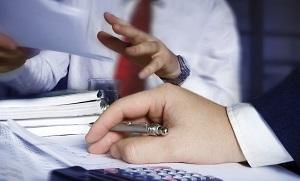 In the recent London Arbitration 7/19, the Tribunal considered whether the parties were entitled to exclude by contract the right to make deductions by way of equitable set-off.

Charterparties may contain express rights for charterers to make a deduction from hire, for example off-hire claims or deductions for owners’ disbursements.

Where charterers have a claim in damages, it may be possible to make a deduction from hire if the charterer can establish that they are entitled to make the deduction by way of equitable set-off.

The English Court of Appeal in The Nanfri1, set out that the doctrine of equitable set-off could in principle apply to the payment of hire under a time charterparty provided that:

a) The cross-claims arise as a result of the same transaction or closely connected with it; and

b) Owners’ breach of charterparty had directly impeached on the Owner’s demand for hire. This would usually arise where the owners’ actions had deprived charterers of or prejudiced their use of the whole or part of the vessel

If the right of equitable set-off is established, then charterers would not be in default for withholding sums.

The exact scope of the application of the doctrine has not yet been established by the Courts. There are a number of cases where the right to equitable set-off has been permitted, such as in the event of a breach of a speed and performance warranty2, loss of time resulting from the Master’s refusal to enter port3, owners’ failure to make the whole cargo space of the ship available4, etc. There are other cases, such as in cases of claims for cargo shortage or damage5 or the Master’s failure to keep a proper log6, that the claims do not give rise to a right of set-off.

In the above Reference, the vessel had been time chartered on a NYPE 1981 form as amended. The Recap amended Clause 54 and provided:

chrts do not hve the right to deduct fm hire payment any amounts on alleged under performance, except undisputed off hire.”

Owners commenced arbitration proceedings against Charterers for an alleged outstanding balance in their favour of US$237,719.07 and made two applications:

Charterers asserted they were entitled to an equitable set off against any sums due to Owners because Charterers had a counterclaim arising out of the refusal by the Owners to perform a voyage from Russia to Morocco. They also explained that the “Owners expenses” deductions were made up of the bunkers consumed during the off-hire periods.

Charterers claimed they were entitled to withhold hire on the basis of clauses 15, 49, 57, 58 and 95, which allegedly permitted the non-payment of hire upon certain events occurring. Charterers argued that clause 54 was not applicable to these clauses because no hire was deducted but there had simply been a suspension of hire.

Owners replied that Charterers’ claims for damages were time-barred and that Charterers had failed to prove the applicability of the off-hire clauses because they had not shown a loss of time.

The Tribunal held that, while Charterers have in certain circumstances the right to deduct sums from hire by way of equitable set-off, the parties were also entitled to contractually agree to exclude such a right.

In the Tribunal’s view, the wording of clause 54 was clear that the parties had agreed to such an exclusion and therefore Charterers did not have any right to make deductions by way of equitable set-off.

The Tribunal further held that the prohibition was qualified as clause 54 allowed deductions for undisputed off-hire. However, in this case Owners had contested the off-hire deductions.

The Tribunal dismissed Charterers’ argument that this matter did not fall within clause 54 as a “suspension” of hire on the basis that it was a distinction without a difference as these sums amounted to a deduction.

Owners succeeded and an immediate award for sums deducted from hire was awarded to them.

When the Charterers have suffered a loss that has arisen as a result of Owners’ breach, Charterers might be tempted to deduct the damages suffered from next hire payment. However, outstanding hire due to a wrongful deduction by Charterers may in some circumstances entitle Owners to withdraw the ship or suspend service and, in some cases, might even allow the Owner to claim that the deduction amounts to a repudiatory breach of the entire contract.

The parties are free to include express provisions in the charterparty that entitle them to make deductions from hire when certain events take place. Absent any express agreement, the parties need to consider very carefully whether they would be entitled to make deductions under the doctrine of equitable set-off before doing so.

The subject award also suggests that the parties are equally free to agree to exclude the right to make deductions by way of equitable set-off. This is an interesting development. We will see if other arbitrators and/or the English Courts follow this approach in further decisions.