Damned if you don’t perform the contract 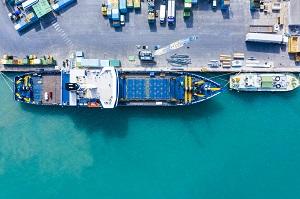 The Court of Appeal has overturned a controversial decision of the High Court on damages, which was founded on a ‘distortion’ of the compensation principle.

The Court of Appeal has handed down judgment in Classic Maritime Inc v Limbungan Makmur SDN BHD [2019] EWCA Civ 1102. The decision is important for its discussion of two important questions of law:

i)  Whether a party relying on a force majeure or exceptions clause has to show that it would have performed the contract ‘but for’ the force majeure/excepted event?

ii) If performance is made impossible by such an event, but the party relying on the force majeure/exceptions clause would not have performed the contract in any case, is the innocent party entitled to claim substantial damages?

The decision of the High Court, discussed in greater detail here, had proved especially controversial for its application of the compensation principle, which had resulted in Owners being awarded nominal damages of US$1, even though Charterers would not have performed the contract in any event. This aspect of the decision has now been overturned by the Court of Appeal, which has awarded Owners damages of US$20 million.

The litigation arose following the bursting of the Fundao dam in Brazil on 5 November 2015. The Charterers under a COA, Limbungan, blamed their failure to provide cargoes as required under the COA on the bursting of the dam and claimed that clause 32 of the COA exempted them from liability for non-performance.

‘Exceptions – neither the vessel, her master or owners, not the charterers,
shippers or receivers shall be responsible for … failure to supply, load … cargo resulting from: Act of God,…floods…accidents at the mine or production facility…or any other causes beyond the owners’ charterers’ shippers’ or receivers’ control; always provided that such events directly affect the performance of either party under this charter party…’.

Decision of the High Court

The High Court firstly decided that clause 32 did impose a causation requirement: in order to rely on the clause to excuse their non-performance, Charterers had to show that they would have performed the contract had the dam not burst. However, Teare J found on the facts that Charterers would in any event have been unwilling/unable to perform its obligations (for separate commercial reasons unrelated to the bursting of the dam), and therefore could not rely on clause 32.

As to the question of damages, Teare J considered that the correct application of the compensation principle was to compare the freight Owners would have earned if Charterers had been ready and willing to perform the contract, with the position Owners in fact found themselves in as a result of the dam bursting. As Owners would not have received any cargo in either case, the judge only awarded nominal damages to Owners of US$1.

Decision of the Court of Appeal

The Court of Appeal affirmed the decision that the ‘but for’ test was applicable to clause 32. The court agreed with the High Court that the words “resulting from”, together with the requirement that the events in question “directly affect the performance of either party” did import a causation requirement; this was further confirmed by the words “any other causes” and reference to “such events or causes”.

In reaching this decision, Males LJ stated explicitly that, although he did consider clause 32 to be an exceptions clause, he was far more concerned with the content of the clause rather than its categorisation. Thus, he had analysed clause 32 “without any predisposition as to the construction which should be adopted” and without the need to consider the “consequences of adopting one or other of the rival constructions”; it was “simply a matter of construing the words of the clause” (at para 36). Indeed, it was “not profitable to examine the cases relied upon” and “better to concentrate on the terms of clause 32” (at para 37). This was put most vividly at paragraph 62:

The Court of Appeal held that the correct application of the compensatory principle was to compare the freights Owners would have earned with the actual position they found themselves in as a result of Charterers’ breach, whereas the High Court had compared Owners’ actual position with the position Owners would have been in had Charterers been willing and able to perform. The distinction lies in a differing assessment of the nature of the obligation – and therefore the nature of the breach: Males LJ held that Charterers’ obligation was not to be ‘willing and able to supply cargoes’, but to actually supply cargoes. In failing to supply cargoes, Charterers had breached this obligation. Charterers’ unwillingness / inability to provide cargoes was merely the reason why they were in breach, which was “neither here nor there”, and there was no justification for applying the compensatory principle in a different way so as to take account of the reason why a party was in breach. This represented a “distortion” of the principle and an “impermissible sleight of hand”.

Mance LJ then went on (at para 83) to distinguish the present case from The Golden Victory and Bunge v Nidera (two famous cases where the Supreme Court had taken the effect of subsequent events on the contract into consideration when assessing damages). The basis for this distinction was that those cases were both concerned with anticipatory breaches (i.e. a renunciation in advance of the time for performance), whereas the breach in this case was an actual breach. This was relevant because in the case of an anticipatory breach, the breach consists of a party indicating in advance of the time for performance that it is unwilling/unable to perform, so it is necessary to consider whether later events may ultimately have excused any non-performance. In this case, however, because Charterers had actually breached the contract by failing to do what they had promised to do, the effect of any later events was not relevant.

The appeal was allowed.

We had previously commented that the High Court’s decision had provided welcome guidance on the difference between exception and frustration clauses. Some commentary has suggested that this distinction has been upheld in the Court of Appeal’s decision. However, this view is difficult to reconcile with the Court of Appeal’s judgment, which shied away from making general pronouncements on the categorisation of such clauses and the consequences of such categorisation, and which explicitly stated that it was more concerned with the actual terms of the clause.

A drafting consideration arising from the Court of Appeal’s analysis of the actual terms of the clause is that the commonly used phrases “resulting from” and “directly affect performance” are now likely to import a causation requirement.

Finally, the Court of Appeal’s distinction of the present case from The Golden Victory and Bunge v Nidera suggests that subsequent events should only be taken into account when assessing damages in the case of an anticipatory breach and not an actual breach of contract.

Charterers are applying for permission to appeal to the Supreme Court.