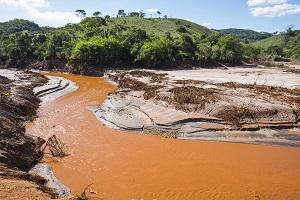 Classic Maritime v Limbungan [2018] EWHC 3489 (Comm) provided a salutary reminder that the compensatory principle that underpins any award of damages under English law can produce unanticipated results when applied to the particular facts of a case. The Owners in this case found this out to their peril: whilst they won the legal argument against Charterers, the Court held that they were not entitled to any damages.

The case will also be of interest for its discussion of different types of force majeure clauses, with the High Court drawing a distinction between frustration clauses and exception clauses and outlining the different requirements as to causation for a party seeking to rely on such clauses.

On 5 November 2015, the Fundao dam in Brazil burst. As well as causing catastrophic environmental damage and loss of life, the bursting of the dam would also give rise to a dispute between an Owner and a Charterer who had entered into a contract of affreightment (the “COA”) for the carriage of iron ore pellets from Brazil to Malaysia. The dispute arose after Charterers, Limbungan Makmur, failed to perform five shipments as required under the COA, which they blamed on the bursting of the dam.

Under the COA, Charterers had the option of shipping iron ore pellets from one of two ports: Ponta Ubu and Tubarao. Charterers claimed that the bursting of the dam had made it impossible to ship cargo from either of these ports. Ponta Ubu was the port from which the operator of the Fundao dam (Samarco) had shipped its iron ore pellets, but production at the mine was stopped following the bursting of the dam, with the result that there was no longer any cargo available for shipment. Tubarao, on the other hand, was the port from which another Brazilian mining company, Vale, shipped its iron ore pellets. Vale, though, was apparently unwilling to supply Charterers with cargo as it decided to prioritise supply to its existing customers in the wake of increased demand following Samarco’s decision to stop production.

Owners brought a claim against Charterers for failure to provide cargoes as required under the COA. Charterers sought to rely on an exceptions clause which absolved either party of liability in the event of an accident at the mine.

The COA contained an exceptions clause (clause 32), which provided materially as follows:

‘Exceptions – neither the vessel, her master or owners, not the charterers, shippers or receivers shall be responsible for loss of or damage to, or failure to supply, load, discharge or deliver the cargo resulting from: Act of God,… floods…accidents at the mine or production facility…or any other causes beyond the owners’ charterers’ shippers’ or receivers’ control; always provided that such events directly affect the performance of either party under this charter party…’

The issues in the case

i) Whether Charterers could rely on the exceptions clause

A key issue in the case was therefore whether the exceptions clause imposed a ‘but for’ test of causation. In other words, in order to rely on the clause, did Charterers have to prove that ‘but for’ the dam bursting they would have performed their obligations?

Teare J held that Clause 32 did impose such a test. With reference to the wording of clause 32, it was held that the words “resulting from” and “directly affect the performance” did impose a causation requirement.

In doing so, the judge distinguished the present case from a line of authority that established that it is not necessary for a party seeking to rely on force majeure to show that it would have performed its obligations but for the force majeure event (see, for example, Continental Grain v STM Grain [1979] 2 Lloyds Reports 460).

This distinction was justified by pointing to an important difference between exception clauses (such as Clause 32 in this case) and contractual frustration clauses (such as Continental Grain). Contractual frustration clauses bring the contract to an end, such that the parties no longer have any obligations to perform. An examination of whether a party would have performed its obligations ‘but for’ the force majeure event is therefore not required.

Exceptions clauses, on the other hand, are concerned with excusing a party from liability for a breach of contract at a time when the contract remained in existence and the parties were still required to perform their obligations. In that context, the judge explained that “it would be a surprise that a party could be excused from liability where, although an event within the clause had occurred which made performance impossible, the party would not have performed in any event for different reasons” (at para 82).

Having considered whether Clause 32 imposed a causation requirement, Teare J then had to decide whether Charterers could satisfy this requirement. Although he accepted Charterers’ arguments that the bursting of the dam had made performance impossible, he found that even if the dam had not burst, it was more likely than not that Charterers would have failed to perform its obligations (for reasons that are beyond the scope of this article, but essentially to do with commercial decisions taken by the group of companies to which Charterers belonged).

Accordingly, Charterers were therefore not entitled to rely on Clause 32 to excuse its non-performance.

ii) Whether Owners were entitled to substantial damages

As Charterers could not avail themselves of the exceptions clause to exclude liability, the question of whether Owners could claim substantial damages then fell to be decided.

The fundamental principle underlying the recoverability of damages under English law is the compensatory principle: any award of damages will, so far as is possible, try to compensate a claimant by restoring him to the position he would have been in had the other party not breached the contract.

The actual breach in this case was Charterers’ unwillingness or inability to perform its obligations, which predated the bursting of the dam. When it came to applying the compensatory principle, the proper comparison was therefore between the position Owners were now in and the position Owners would have been in had Charterers been willing and able, but for the dam bursting, to perform the contract.

For that reason, Teare J held that on a proper application of the compensatory principle, Owners were not entitled to substantial damages, notwithstanding that Charterers could not rely on Clause 32 to excuse its failure to perform the contract.

This case should also serve as a sobering reminder to Members – and indeed their legal advisors – of the need to focus their minds on the availability of any remedies before deciding to commence legal action. For although the compensatory principle is well known , its application to the facts of a particular case can still produce results that may not have been anticipated at the outset. A failure to take stock of the availability of any remedies at the outset could lead to a claimant finding themselves in the unfortunate situation in which Owners found themselves in this case: they may have won the legal argument, but they were not entitled to substantial damages.