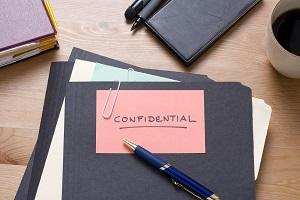 The Court of Appeal has handed down judgment in The Director of the Serious Fraud Office v Eurasian Natural Resources Corporation Limited and the Law Society [2018] EWCA Civ 2006, a much anticipated decision concerning legal professional privilege, and litigation privilege in particular.

What is Legal Professional Privilege?

Communications that are protected by legal professional privilege may be withheld from the opposing party and the court (though their existence may need to be disclosed). The principle underlying legal privilege is an important one: clients should, in certain circumstances, be allowed to seek legal advice and communicate with their lawyers or third parties without fearing that these communications will fall into the hands of the opposing party.

LP applies to communications between parties or their solicitors and third parties for the purpose of obtaining information or advice connected to existing or contemplated litigation. In order to attract LP, the communication must – at the time that it was generated – have been made with the sole or dominant purpose of conducting litigation. Further, the litigation must be adversarial in nature and must either be already in progress or be ‘reasonably in contemplation.’

LAP, on the other hand, protects confidential communications between a lawyer and a client that are made for the purpose of giving or receiving legal advice.

The claimant, the Serious Fraud Office (SFO), is a government body whose functions include investigating and prosecuting crimes involving serious fraud, bribery and corruption. The defendant, Eurasian Natural Resources Corporation (ENRC), is part of a multinational group of companies operating in the mining and natural resources sector.

In 2009/2010, ENRC became aware of allegations of corruption on the part of certain African companies that it was seeking to acquire. Concerned at the prospect of incurring civil or criminal liabilities, it instructed lawyers to investigate. The lawyers advised that an investigation by the SFO could be expected imminently. Sure enough, the SFO made contact with ENRC in 2011 after becoming aware of the allegations. A period of discussions between the parties ensued, but without any resolution.

In 2013, the SFO then announced that ENRC was the subject of a criminal investigation, and sought disclosure of the documents produced by ENRC’s lawyers in the course of their investigations, including notes of interviews between ENRC’s lawyers and its employees. ENRC refused disclosure, claiming that these communications were subject to legal professional privilege. In response, the SFO in 2016 sought a declaration from the High Court that the documents were not subject to legal professional privilege.

In respect of LP, Andrews J found in favour of the SFO on two grounds.

First, she held that ENRC could not claim LP because, at the time the documents were generated, litigation was not in ‘reasonable contemplation’, the threshold for which was that of “real likelihood rather than a mere possibility”, in accordance with the test in USA v Philip Morris. This was because at the time of ENRC’s internal investigation, it was unclear whether any proceedings would be brought against it, while the discussions with the SFO – rather than being an adversarial process – were instead aimed at achieving an amicable settlement by means of the SFO’s self-reporting procedure.

The Judge also held that LAP did not apply to the notes made by ENRC’s lawyers of their interviews with ENRC’s employees. Applying the principles set out by the Court of Appeal in Three Rivers (No. 5), which decision she was bound by, Andrews J held that none of those interviewed could be said to be the “client” as they were not authorised to receive legal advice on behalf of ENRC, and therefore the communications were not subject to LAP.

The Court of Appeal Decision

The Court of Appeal disagreed with both of the grounds on which the High Court had held that the documents were not subject to LP.

The Court of Appeal further held that the documents satisfied the ‘dominant purpose’ test. The High Court’s distinction that documents prepared for the purpose of settling or avoiding a claim were not created for the dominant purpose of defending litigation was held to be an error of law. The Court instead stated that "in both the civil and the criminal context, legal advice given so as to head off, avoid or even settle reasonably contemplated proceedings is as much protected by litigation privilege as advice given for the purpose of resisting or defending such contemplated proceedings" (at para 102).

ENRC’s appeal against the decision that these documents did not attract LP was therefore allowed.

As regards LAP, the Court of Appeal considered that it, too, was bound by Three Rivers (No. 5), and that Andrews J had correctly applied the principles set out in that case. The appeal in respect of LAP was therefore dismissed.

However, the Court of Appeal went on to say that it would have departed from the decision in Three Rivers (No. 5) had it been possible to do so. The justification for this was that the current law – which was out of sync with many other common law jurisdictions – put large and multinational corporations at a disadvantage. This was because in large corporations, the information on which legal advice was sought was likely to be in the hands of employees who would not fall within the current definition of ‘client’, and therefore the legal advice would not be privileged.

The decision of the High Court would have had the effect of limiting the scope of LP and creating uncertainty as to its proper application. The legal community and its clients should therefore welcome the fact that it was overturned by the Court of Appeal. Indeed, the fact that the Law Society was an intervener in these proceedings underlines the importance of the issues in dispute to the legal community at large.

The decision is also significant in seemingly paving the way for a challenge to the current law on LAP. The Court of Appeal stated that this would be an issue for the Supreme Court to decide, but its comments on the law as stated in Three Rivers (No. 5) would suggest that if the Supreme Court were to consider this issue, a wider definition of who counts as the ‘client’ for the purposes of LAP could be expected. This would be a welcome development in bringing English common law in line with the realities of modern business, and indeed with other common law jurisdictions.

Finally, it should also be noted that, whilst this case was concerned with a potential criminal liability, the Court of Appeal’s rulings on privilege apply equally to civil matters.