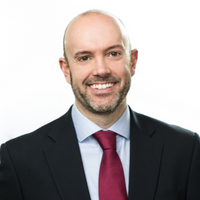 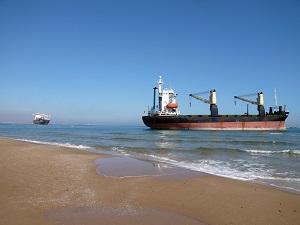 The High Court decision in The BSLE Sunrise [2019] EWHC 2860 (Comm) held that cargo insurers can resist a claim for payment under a General Average guarantee where the General Average peril was caused by the actionable fault of Owners, or whilst the issue of underlying liability is yet to be resolved.

The case arose out of claimant Owners’ efforts to recover General Average expenses following the grounding and subsequent refloating of the “BSLE Sunrise” off Valencia in 2012. Owners declared General Average under the York-Antwerp Rules 1974 and in relation to a a cargo of offshore pipes, cargo interests issued General Average bonds with defendant cargo insurers providing security for the bonds in the standard Association of Average Adjusters (AAA)/Institute of London Underwriters (ILU) form.

The GA guarantees were addressed to the owner and provided:

"In consideration of the delivery in due course of the goods specified below to the consignees thereof without collection of a deposit, we the undersigned insurers, hereby undertake to pay to the ship owners … on behalf of the various parties to the adventure as their interest may appear any contributions to General Average … which may hereafter be ascertained to be properly due in respect of the said goods.

(a) to make prompt payment(s) on account of such contributions as may be reasonably and properly due in respect of the said goods as soon as the same may be certified by the … Average Adjusters …".”

An adjustment was published with the first and second defendant’s shares of the GA loss and expenditure calculated at US$526,365 and US$548,030 respectively.

It was common ground between the parties that if the casualty occurred because of a breach by the owner of Art. III.11 of the Hague Visby Rules – which was incorporated into the bills of lading, then GA was not due from the relevant cargo interests by operation of Rule D of the York Antwerp Rules.

The Court had, therefore, to consider whether the “properly due” language used in the guarantee would extend the Rule D defence to the insurers under the guarantees.

In his conclusion the judge stated that “Nothing is payable under the GA guarantees issued by them if the loss was caused by the owner's actionable default or until that issue has been resolved.”

The Judge agreed with Defendant’s case “that the meaning of the word "due" when applied to a monetary obligation is that it is legally owing or payable” and that “The inclusion of the word "properly" serves to put the point beyond doubt”.

A key point was “that in general GA guarantees are intended to operate in conjunction with or to go hand in hand with, not in effective substitution for, the GA bonds.” There was little to suggest the GA guarantees were seen as anything other than as security for the GA bonds, which could alternatively have been provided as cash deposits. Indeed, the guarantees stated:

“… consideration of the delivery in due course of the goods specified below to the consignees thereof without collection of a deposit …”.

And as such the insurers would have little commercial interest in “providing a guarantee that conferred a greater benefit on the ship owner than the owner would have had under the GA bonds secured by a cash deposit.”

The Owner had relied on Maersk Neuchatel https://www.steamshipmutual.com/publications/Articles/ga-security_pay-now_-_argue-later.htm. In that case, the obligation to pay was under a letter of undertaking the sum due “… under an Adjustment …” with the central issue being whether Maersk, as time charterer guarantors, had contracted out of the right to challenge such an adjustment.

The language in the Maersk Letter of Undertaking was substantially different from that in the GA guarantees in the present case, particularly with reference to sums under the GA guarantee here being "properly" due. Therefore, the conclusion that the charterer had contracted out of the right to challenge the adjustment was distinguishable.

This decision makes it clear that the defence of actionable fault will be available to cargo insurers under AAA/ILU standard form wordings of guarantee. That follows a review of what were considered to be settled practices within the marine industry and that it would only be a very clear wording that would justify a departure from that practice; with the Maersk Neuchatel viewed as exception.

1 The obligation to exercise due diligence before and/or at the commencement of the voyage to ensure that the vessel was seaworthy and/or properly to equip and/or supply the vessel.