What is Prompt Enough? 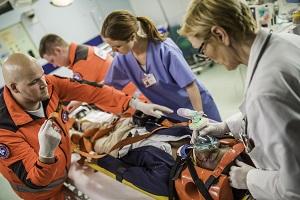 On December 19 2018, the US Court of Appeal for the Fifth Circuit, in David J. Randle v Crosby Tugs, LLC., affirmed the District Court summary judgment in favour of the vessel owner and highlighted the importance of dealing promptly with the manifestation of seafarers’ illness symptoms.

a) The Jones Act duty to provide a seafarer with prompt and reasonable care is not breached by calling emergency responders (911); and

b) Shipowners cannot be held vicariously liable for the malpractice of non-agent medical providers.

Randle, the plaintiff, suffered a stroke while working on board the ‘’Delta Force’’. The nature of his symptoms was not apparent but the Master, as soon as he was notified, called 911. Randle was transferred by emergency responders to the Teche Regional Medical Center Hospital (“TRMC”). TRMC doctors failed to correctly diagnose his medical condition and did not provide him with proper medication. As a result of the unsuitable medical treatment, Randle suffered a permanent disability.

Randle commenced proceedings against Crosby Tugs (“Owners”) for negligence and unseaworthiness. His action was premised on an allegation for breach of the duty under the Jones Act, due to Owners’ negligence by failing to provide prompt and proper medical care. He further alleged that Owners were vicariously liable for the malpractice of the doctors at TRMC. Owners applied for a summary judgment to dismiss the claim. The US District Court agreed with Owners and dismissed both the negligence and unseaworthiness claims.

Subsequently, Randle appealed against the Court’s decision which led to a review by the Court of Appeal for the Fifth Circuit of the duty of shipowners to provide prompt medical care, as well as their vicarious liability for the treating physicians’ actions.

Randle did not challenge the District Court’s summary judgment on his unseaworthiness claim and the Fifth Circuit Court considered only the negligence claims. The Fifth Circuit Court relied on Gautreaux v Scurlock Marine Inc., 107 F 3d 331 and reiterated that under the Jones Act, a seafarer is entitled to recover if his employer’s negligence is the cause, in whole or in part, of his injury.

As per the US Supreme Court, it is well established that under the Jones Act an owners’ duty to provide prompt and adequate medical care to seafarers is non-delegable. Breach of such duty renders owners directly liable to seafarers.

An example of such a breach is when an owner chooses a doctor not properly qualified to care for the seafarer’s injury.

The alleged breach of the duty has to be considered with a view of the circumstances of the case and the nature of the injury.

The Fifth Circuit Court held that on this occasion, the Master acted reasonably and as expected by using common sense and calling 911, which is intended for emergency cases, in order to ensure that the seafarer received treatment as soon as possible. Being away from the home port, the Master made all reasonable efforts to provide adequate medical treatment and the fact that TRMC failed to properly treat Randle did not imply that Owners were directly liable for their failure.

The Fifth Circuit Court held that Randle had failed to show that there were any genuine issues of material fact as to whether Owners had acted negligently by calling 911 or that Owners were vicariously liable for TRMC’s malpractice. The Court affirmed the granting of summary judgment in Owners’ favour.

Issues around the interpretation of duties under the Jones Act remain clouded, and therefore there is a continuous scrutiny by US courts. In particular, the duty to provide prompt and reasonable medical care is still being challenged by plaintiffs and reviewed in the courts.

The basis for decision appears to be that, not being a qualified medical professional, a Master’s duty for reasonable and prompt care is to make a reasonable and common sense decision, which in this case was to have the ill person transferred immediately to the emergency services.

It is also clear that shipowners should be cautious if entering into contracts with specific medical providers or referring seamen to specific medical facilities to avoid the potentially significant exposure to a claim based on vicarious liability for their malpractice.

As a judgment from the US Court of Appeal for the Eastern District of Louisiana, this decision can be used as a reference by defendant lawyers and may be persuasive for judges in other District Courts but is not binding in other Circuits.