What is Good Weather? 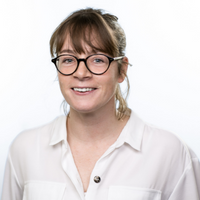 In a recent reported arbitration (London Arbitration 6/19), a Tribunal considered a good weather description which referred to both Douglas sea state and significant wave height in a charterparty performance warranty.

Under a time charter trip from South Africa to China, Owners warranted the vessel’s performance in good weather conditions. The charterparty description of good weather was;

“good weather conditions are understood to mean wind speeds of maximum beaufort force 4 (11-16 knots) and total- combined (sea and swell) significant wave height confined to limits of douglas sea state 3 (0.5-1.25 metres) with no adverse currents and no influence of swell.”

Charterers relied on the reports of a weather routing company to allege breach of performance warranties during good weather and claimed damages of US$128,388.86. Owners argued there had been no good weather periods and so any underperformance claim was bound to fail. The arbitration tribunal considered whether the conditions fell within the charterparty good weather definition.

The parties agreed that it was difficult to reconcile ‘significant wave height’ and ‘douglas sea state’ – the first being a single measure of the average of the highest third of the waves encountered and the second being a range of heights. However, the parties made opposing submissions on how the two phrases could be read together.

Charterers contended that ‘significant wave height confined to limits of douglas sea state 3’ included conditions with a swell height of up to two metres. They said that the word ‘significant’ was evidently not intended to have its technical meaning. Charterers pointed to a reported London arbitration , in which the tribunal referred to swell heights of up to 2m as being within Douglas sea state 3.

Owner’s position was that good weather was limited to conditions where the ‘total-combined’ sea and swell height did not exceed 1.25m.

Owner’s expert report analysed the meaning of ‘significant wave’ and held that it was comprised of two components: a wind wave and a swell wave. The report described wind waves as those generated by local winds whilst swell waves were produced by distant occurrences. The report concluded that Douglas sea states only considered wind waves.

The Tribunal held there had been no periods of good weather. The Tribunal agreed that there was no established method of reconciling significant wave height with Douglas sea state. The Tribunal explained they had looked for an interpretation that would avoid ignoring any words agreed by the parties whilst still giving practical value to the performance warranties.

The Tribunal rejected Charterers’ contention that swell heights of up to 2m were within the definition of Douglas sea state 3. The Tribunal could see no obvious correlation between these two things and were not privy to the considerations of the tribunal in the earlier reported arbitration to be able to justify such a finding.

The Tribunal agreed with Owners that the words ‘total combined’ meant both sea and swell waves. They also agreed that relevant wave height was 1.25m.

The Tribunal, however, had not been persuaded by Owner’s expert opinion that relied on the reference to Beaufort force 4 to explain the ambiguity in the wave description. The Tribunal said that it was common for charterparties to include reference to both Beaufort wind strength and a Douglas sea state and this was not duplication.

The Tribunal accepted their interpretation might render the words ‘douglas sea state 3’ unnecessary, but nevertheless felt it was the most appropriate reading in order to give effect to the parties intention that sea and swell be combined to form the significant wave height.

“No adverse current and no influence of swell”

Charterer’s weather routing report not only sought to exclude periods of adverse current from their performance calculations, but went a step further by deducting 0.04 knots from the vessel’s speed on account of an average 0.04 knot boost from following currents.

The Tribunal held that this approach was inappropriate. The reference to ‘no adverse current’ in the good weather description was intended to ensure the vessel was not hindered by current when calculating its performance. To deduct positive current as the weather routing report had sought to do, went beyond the recap’s remit.

The charterparty provided that:

“Should there be a discrepancy between the vessel’s deck logs and Oceanroutes, both parties shall discuss in good faith to assess nature of such discrepancies for a mutual agreement"

In light of this wording, the Tribunal had relative freedom to decide how much evidential weight to attribute to the logs and the reports. Following what they considered was an established view, the Tribunal found that the vessel’s logs were generally the best evidence of the conditions experienced. This view could be rebutted with evidence of falsification or exaggeration – but no such evidence was found in this case.

This case serves as a useful reminder of the evidential weight given to a vessel’s logs. It may also provide useful guidance when considering adverse and positive current: it seems parties should make express provision in the charterparty if they wish for either or both of these things to be factored into performance calculations. The Tribunal could not escape the ambiguity in the performance warranty which arose from the different and irreconcilable measures of sea conditions. However, they did provide useful insight when explaining their interpretation objectives - of giving purpose to the warranties whilst endeavouring not to ignore any agreed words, which might be drawn upon in other cases of unclear warranty descriptions.

However note that London Maritime Arbitration awards do not create binding law or establish any legal precedent: it is possible that another arbitration tribunal could decide these same questions differently.