"The Prestige" Court of Appeal Decision 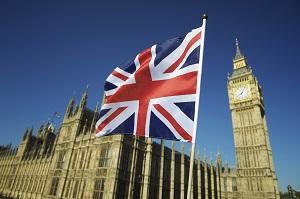 In November 2002 the vessel "Prestige" broke up and sank off Cape Finisterre (Spain). The vessel was carrying 70,000 tonnes of fuel oil which escaped and polluted the north coast of Spain and southwest coast of France. The environmental damage was extensive and the costs of cleaning exceeded the limits established in the CLC Convention.

In late 2002 criminal proceedings were instituted in Spain against the Master, Chief Officer, and Chief Engineer; and in 2010 claims were brought by several entities including the states of France and Spain against the vessel owners and the London P&I Club (the “London Club”) alleging that the owners and their Club were vicariously liable for the acts of the Master under the Spanish Penal Code (the “Spanish proceedings”).

The London Club acknowledged direct rights of action under CLC but replied that any other tortious claims would fall under English law and London arbitration; hence, the direct action was not applicable for non-CLC claims as the “pay to be paid” rule incorporated in the London Club rules applied.

The London Club put up security up to the CLC limit in the Spanish proceedings but played no active part in these proceedings. However, the London Club commenced arbitration in London seeking negative declaratory relief for any non-CLC claims presented by Spain and/or France.

Spain and France did not take part in the arbitration proceedings and the arbitrators issued awards granting declarations as sought by the Club.

The Club then applied before the High Court for permission to enforce the awards as judgments.

Spain and France opposed the application alleging the following:

(1) State immunity to the English proceedings under the State Immunity Act 1978;

(2) The arbitral tribunal did not have jurisdiction and that Spain and France had a direct claim against the London Club under Spanish law independently of the terms of the contract of insurance; and

(3) That the claims were by their nature not susceptible to arbitration.

Mr Hamblen J dismissed the allegations made by Spain and France and held:

(1) That the claims against the London Club were to be characterised under English law as claims to enforce English law obligations rather than independent Spanish statutory rights; and that those obligations could be enforced only in accordance with their terms (i.e. in arbitration and subject to the “pay to be paid” rule);

(2) That Spain and France became a party to the arbitration proceedings under the London Club rules and were not entitled to State immunity;

(3) That the claims were arbitrable; and

(4) That it was appropriate to give permission to the London Club to enforce the award.

Spain and France appealed the decision of the High Court of Justice.

The Court of Appeal had to decide on three of the four issues decided by M Hamblen J.

The court clarified that ‘characterisation’ forms part of the English conflict of law rules. In order to ascertain the applicable law, the Court will not only characterise the nature of the claim but it is necessary to identify the question at issue.

A very similar question arose in Through Transport Mutual Insurance Association (Eurasia) Ltd v New India Assurance Co Ltd (The Hari Bhum) (No 1) [2004] 1 Lloyds Rep 206 where the Court had to decide whether the appellants were bound by the terms of the Through Transport Club’s Rules, in particular the arbitration clause and the “pay to be paid” rule.

In the case of the Prestige, the court had to decide if the question at issue was the right to enforce an obligation defined by the London Club’s Rules; or an independent statutory right created by Spanish legislation and independent to the contract, as was argued by the appellants.

The court then had to examine the nature of the right against the insurer and what the legislation was seeking to confer on the third party. The court had to determine whether the right conferred is, in substance, one to enforce an obligation created by the London Club’s Rules or one to enforce a liability which is independent of the contract of insurance. If the former, the obligation will be governed by the law governing the contract (i.e. English law) whilst if the later, it will be governed by the law of the country whose legislation created it (i.e. Spanish law).

The Court of Appeal agreed and concluded that

“…the issues relating to the appellants’ right to seek compensation from the Club are to be characterised as issues relating to an obligation sounding in contract and that as such are to be determined in accordance with English law as the proper law of the obligation. It follows that, in the application of English law, if the appellants wish to pursue claims against the Club they must do so in arbitration in accordance with the terms of the contract of insurance and subject to the “pay to be paid” clause.”

The appellants alleged state immunity in the English proceedings under the State Immunity Act 1978.

Of relevance was section 2 whether the appellants had taken a step in the proceedings. Section 2 provides:

(4) Subsection (3) (b) above does not apply to intervention or any step taken for the purpose only of:
(a) claiming immunity…”

The court concluded that either state would have been entitled to rely on section 2 of the Act if they had not taken a step in the proceedings.

However, the appellants had issued applications under sections 67 and 72 of the Arbitration Act not only for the purpose of claiming immunity but also alleging that there was no valid arbitration agreement, inviting the court to determine whether the Tribunal had jurisdiction or not. In doing so the Court of Appeal confirmed the view of Mr Hamblen J that France and Spain took a step in the proceedings and hence they did not have state immunity to this case.

C. Were the claims arbitrable?

Appellants alleged that the claims made by them in the Spanish proceedings were of a criminal nature and therefore the claims would not be arbitrable. They also alleged that a conviction in the proceedings was an essential element of the cause of action against the London Club.

The Judge decided any liability of the London Club was of a civil nature. Hence, the right to recover from The London Club depended on proof of an insured liability under the insurance contract and did not require a finding of criminal liability.

The Court of Appeal dismissed the appeal and confirmed the decision of Mr Hamblen J.

In reaching this conclusion, the arbitration and “pay to be paid” provisions of Club Rules have again been upheld.

The decision of the Court of Appeal in 2015 predates the Spanish Supreme Court decision in 2016 [The Judgement of the Spanish Court on the Prestige Oil Spill - Spain cannot have it both ways]. The decision in the Spanish proceedings, that the London Club had no defence and was directly liable up to the policy limit (USD 1.000 million), is entirely at odds with the Court of Appeal decision, Since the Spanish decision is a subsequent irreconcilable regulatory decision, it should not be enforceable. In any event, it is understood an appeal is being considered against the Spanish Supreme Court judgement by the master.