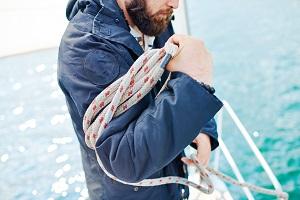 Until 2011, French domiciled seafarers did not have the right (as did other land-based employees) to claim enhanced compensation from the State when a work-related injury (or worse) was caused by the negligence (faute inexcusable) of the employer, a right that had existed elsewhere for decades. With MLC 2006 however, the French State looked again at the seafarer’s lot in order to ensure compliance with the intentions of the MLC. One of the results of this was the introduction of the laws of 9 March and 30 December 2017, and the consequent modification to Article L.5551-1 of the Transport Code.

The 9 March 2017 law stated that seafarers residing in France (and working on foreign flagged vessels) were obliged to be affiliated to the French social welfare regime (ENIM). However, a second law quickly followed relaxing the position, so that the law of 30 December of the same year clarified that affiliation was not obligatory, provided the ship owner proposed social welfare benefits (public or private) of at least an equivalent level to those provided by French social security (Article L.111-1 of the Social Security Code).

How will this work in practice?

The ship owner employing seafarers where Article L.5551-1 applies currently has a stark choice; affiliate themselves and their employees to the French social security system (ENIM) or offer equivalent cover elsewhere (either public or private).

Contributing to ENIM is expensive. Social Security contributions for an employer can add significantly to salary costs in France (between 20%-30% of the gross wage is a rough marker).

Alternative systems may be more cost efficient but unfortunately the benefits under the French system are so wide and the calculations so complicated (permutations are endless given the amount of the benefit will often depend on the salary, age, dependants, etc. of the seafarer), that it is almost impossible to state with any certainty whether alternative welfare cover would be as generous as French social welfare benefits in any given situation. The authors asked ENIM to indicate its maximum limits for the calculation benefits, but they have been unable to provide this information.

There is a risk therefore that if Article L.5551-1 remains in force in its current form that ship owning employees offering welfare cover outside the ENIM system could find themselves involved in expensive legal disputes with current or ex-employees seeking to demonstrate that their welfare cover is inadequate compared to that offered by the French State.

There are a number of points however to take into account to try to put this new law into some sort of context;

Despite this context however, ship owning employers who fall within Article 5551-1 should be under no illusion. The only risk-free option, certainly given the relatively cheap access to justice for employees, combined with the pro-employee position of the French tribunals, is affiliation to the French social welfare regime, ENIM.