Safe Berth – Contractual Clarity in US and Beyond 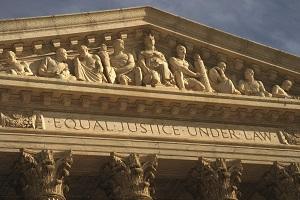 When negotiating a charterparty, certain issues are more important to companies than others, and the language of clauses may be negotiated over many exchanges. Other clauses are often standard, with language added, subtracted or amended over time, based on industry clauses or personal preferences. The US Supreme Court, in a 30 March 2020 opinion in Citgo Asphalt Refining Co. v Frescati Shipping Co., Ltd., provided a roadmap for interpreting one of the most prevalent and important charterparty clauses, the safe berth / safe port clause, ruling that the form of the clause commonly used in the industry, must be construed as an express warranty of safety, and imposes on the charterer an absolute duty to select a safe berth.

The dispute arose from a 2004 oil spill in the Delaware River involving the M/T Athos I. After a 1,900-mile voyage from Venezuela, the Athos I struck a submerged 9-ton abandoned anchor only 900 feet from its intended berth, puncturing the hull of vessel and causing 264,000 gallons of heavy crude oil to spill into the river. The shipowning interest of the Athos I was designated the "responsible party" for the spill, pursuant to the Oil Pollution Act of 1990, and initially bore the costs of the environmental cleanup, in excess of US$100 million.

Following the environmental response, the Shipowner and Federal Government sought to recover monies spent for cleanup from the vessel's voyage charterer. The safe berth clause at issue was dissected by district court judges and the US Court of Appeals for the Third Circuit over the course of a number of trials and appeals of notable length and cost. Yet the most important legal issue concerned the interpretation of the standard industry Asbatankvoy safe berth clause slightly revised in the charter as follows:

Safe Berthing — Shifting. The vessel shall load and discharge at any safe place or wharf, or alongside vessels or lighters reachable on her arrival, which shall be designated and procured by the Charterer, provided the Vessel can proceed thereto, lie at, and depart therefrom always safely afloat, any lighterage being at the expense, risk and peril of the Charterer.

Significantly, the Supreme Court decision turned on the plain-meaning interpretation of two words in the popular clause: "safe" and "always."

Before assessing the reason why the highest US court ruled in the manner it did, understanding the appellate court split on this issue is useful. In Orduna S.A. v Zen-Noh Grain Corp., 913 F.2d 1149 (5th Cir. 1990), the appellate court for the US Gulf states, on which the charterers found their arguments, is an anomalous deviation from the established Second Circuit precedent (the appellate court for the North East and New York in particular) and US arbitral awards interpreting safe berth clauses as warranties. In focusing on “policy” issues such as whether a charterer is in the better position to judge the safety of a berth, and whether a warranty of berth safety would discourage masters from navigating prudently, 913 F.2d at 1155-57, the Fifth Circuit missed the overriding policy issues of freedom of contract, i.e., respecting the parties’ own distribution of risk, and the need for the certainty of a warranty in allocating responsibility for the damages when neither party is to blame for a casualty.

Both social and legal policies favour freedom of contract and encourage judicial and arbitral enforcement, rather than interference with the terms agreed by the parties. The safe berth clause is a contractual allocation of risk. Long before Orduna was decided, such clauses were consistently interpreted by courts and arbitrators as an absolute warranty, shifting the risk of an unsafe berth to the charterer. For example, in Park S.S. Co. v Cities Service Oil Co., 188 F.2d 804, 805 (2d Cir. 1951), the court explained that by agreeing to a safe berth clause, a “charterer bargains for the privilege of selecting the precise place for discharge and the ship surrenders that privilege in return for the charterer’s acceptance of the risk of its choice.” As in the Athos I, Park S.S. involved a ship that was damaged when it grounded twice on uncharted and unknown obstacles in the port designated by the charterer, even though these hazards were not known by, or knowable to, the ship or the charterer. The court held that “since the officers had no knowledge of the danger, the charterparty was an express assurance that the berth was safe, on which they were entitled to rely.” (page 806). The Third Circuit’s holding that “the safe berth warranty is an express assurance made without regard to the amount of diligence taken by the charterer,” (718 F.3d at 203), is consistent with this precedent.

The Third Circuit understood and respected the negotiated nature of the safe berth clause, explaining that “[t]o any extent a charterer, however distant, bargains to send a ship to a particular port and warrants that it shall be safe there, we see no basis to upset this contractual agreement.” 718 F.3d at 202. This reasoning not only respects the parties’ contractual undertaking and allocation of risk, but also corresponds with both the longstanding precedents of the US Supreme Court and the Second Circuit, and the industry’s understanding. With this background, the Athos I ultimately agreed with the Second and Third Circuit decision, though with its own emphasis.

In a 7-2 opinion authored by Justice Sonia Sotomayor, the Supreme Court considered the key terms in the agreement consistent with the intent of the parties, as is required in any contract dispute. Because the safe berth clause was clear and unambiguous, the majority concluded that the analysis began and ended with a plain-meaning reading of key terms in the clause itself. After 15 years of court submissions and appeals, how could the language of the clause be so clear to the majority? Below are three considerations when reviewing charters to determine how they are impacted:

The Big Picture When Fixing Your Next Charter Party

In sum, the contract interpretation, guided by decades of Second Circuit (New York) and the United States Society of Maritime Arbitrators arbitral award holdings that the safe berth clause expressed an absolute warranty of safety, resulted in the Supreme Court ruling in favor of the shipowner. The Court's decision carries an impact broader than just the interpretation of the Asbatankvoy safe-berth clause. While the dissenting opinion noted the majority ruling "provides a clear background rule for the maritime industry to contract against," the majority ruling added important context for charterers when confirming that "[c]harterers remain free to contract around unqualified language that would other[wise] establish a warranty of safety, by expressly limiting the extent of their obligations or liability."

In every pending dispute involving an incident arising out of the interpretation of the safe berth clause, the Supreme Court has provided clear guideposts for companies and their counsel. When drafting and negotiating future agreements, traders, brokers and their lawyers should reflect on the few simple steps to provide more certainty concerning the obligations being undertaken. Carefully including the term "warranty" or "due diligence" around the use of "safe" berth and "always" afloat will be useful.

The shipping industry is adapting to the COVID-19 crisis. Interestingly, an advisory paragraph in the Supreme Court’s decision is informative for any owner and charterer when entering port. The Court reminded the parties that vessel Masters have an "implicit" right to refuse entry to a port should they find it unsafe, and that refusal requires charterers to pay the associated costs. The refusal, though, must be a "justifiable refusal”. This is a high bar, but one that may be encountered in US and other ports. While it is less likely an entire port will be deemed unsafe today, given the safety precautions being taken to keep people healthy and cargoes flowing, conditions continue to evolve. If a Master refused to enter port due to coronavirus conditions, they would have to keep a careful evidentiary record of conditions on the ground as guided by shoreside operations and seek advice from their Club and/or legal advisors.

Our thanks to Christopher Nolan and Robert Denig – Holland & Knight LLP New York for providing this article.