Rescue of Migrants – Who Assists the Assisters? 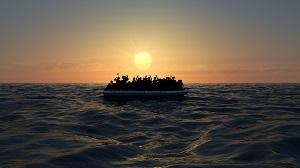 Every year, thousands of migrants and asylum seekers undertake perilous journeys at sea in search of safety, refuge from persecution, or simply better economic conditions. Whilst the difficulties experienced by migrants attempting to cross seaways are well publicised, the logistical and political consequences for those seeking to prevent catastrophe are less well known.

The rescue of persons at sea is a long-standing tradition with seafarers all too aware that, one day, it could be they who are reliant upon such assistance. In addition to the humanity and morality of rendering assistance, a Master also has a legal obligation to go to the assistance of those in distress at sea pursuant to Art 98(1) of the 1982 United Nations Convention on the Law of the Sea (“UNCLOS”) and Chapter V, Regulation V33/1 of the 1974 International Convention for the Safety of Life at Sea (“SOLAS”).

The International Maritime Organization (“IMO”), International Chamber of Shipping (“ICS”) and United Nations High Commissioner for Refugees (“UNHCR”) have issued their publication “Rescue at Sea. A Guide to Principles and Practice as applied to Refugees and Migrants” (the “Guide”). This is intended for Masters, Shipowners, Government Authorities and insurance companies amongst others and includes information about the obligations of Governments and Maritime Rescue Coordination Centres (“MRCC”). The document looks at international refugee law and has guidance on procedures to be followed.

Despite the guidance provided by such eminent organisations, commercial vessels can still experience problems when requested to render assistance, as was discovered in a recent case involving a Club Member when their vessel responded to a search and rescue (“SAR”) instruction received from MRCC Rome – the Italian Coastguard.

The original instruction required the vessel to proceed to stated coordinates within Libyan waters where a boat was reported adrift with 17 migrants onboard. If sighted, the vessel was then required to seek further instructions from the Libyan Coastguard who MRCC Rome had advised were the SAR Competent Authority.

The Member’s vessel was fully laden with a gas cargo and was too small to accommodate the number of reported migrants without severe difficulty. Nonetheless the Master complied with the instruction and deviated from his original course expecting that, when he arrived, the responsible authority would provide further instructions.

When arriving on site, it was found that another larger vessel was already in attendance alongside the migrant vessel. As directed by MRCC Rome, the Master then sought instructions from the Libyan Coastguard who advised that they had no available vessels to assist and instructed him to contact MRCC Malta. MRCC Malta, in turn, advised that they were not concerned with the matter as the migrant vessel was outside of Maltese waters and that the Master should contact MRCC Rome in its capacity as the original instructing party.

MRCC Rome subsequently advised that since it was not the coordinating MRCC and as the migrant vessel was not Italian flagged nor in Italian waters, the Master should contact the Libyan Coastguard or Flag State. Although the vessel was Maltese-flagged the position of the Maltese authorities remained unchanged. This continued to be the case whilst the vessel remained in situ for over 19 hours.

The other attending vessel subsequently departed whereafter the Master himself contacted the migrant vessel and was informed that no assistance was required. With this assurance the Master notified the various MRCC/SAR authorities and departed.

This scenario highlights the practical problems faced by commercial vessels who respond to SAR instructions and raises the question as to what reasonable steps a Master may take in the absence of specific instructions from the concerned authorities.

In the subject case the Master stayed on site for a lengthy period of time, continually sought instructions from all MRCC/SAR authorities and obtained confirmation from the migrant vessel that no assistance was required - all of these steps being documented in the ship’s records.

The aforementioned Guide advises that under UNCLOS, SOLAS and the 1979 International Convention on Maritime Search and Rescue (“SAR Convention”) Member States have a duty to provide a place of safety for rescued persons and are also obliged to ensure that Masters of commercial vessels rendering assistance are released from their obligations with minimum delay and deviation from their original voyages.

The Guide further explains that the Government responsible for the SAR region where assistance is required is primarily responsible for providing a place of safety for persons in distress. The first MRCC contacted should immediately begin efforts to transfer the case to the MRCC that is responsible for the region in which the assistance is being rendered. That recipient MRCC should immediately accept responsibility for undertaking rescue efforts and initiate necessary contact and coordination with the local SAR Competent Authority (Coastguard, Navy etc.). However, the first MRCC remains responsible for coordinating the case until the recipient MRCC has formally taken over responsibility.

Although the above provisions stipulate the intended procedure, the situation encountered by the Member’s vessel suggests a breakdown of this system which resulted in the concerned national authorities themselves failing to assist the Master.

As well as the Member’s own experience, a similar situation was recently encountered by the Maersk tanker “MAERSK ETIENNE” which had, until recently, been denied permission by various nations to disembark 27 migrants that it had rescued in response to a request from MRCC Malta. As a consequence, the vessel, its crew and the rescued migrants were left stranded for some 40 days.

Commercial vessels are commonly called upon to act as first responders by an MRCC and are generally asked to attend and monitor a situation from a distance until the respective Navy, Coastguard or recognised NGO vessel appears on the scene.

Once this has occurred the commercial vessel would be released and permitted to continue its voyage.
However, the withdrawal of EU Naval support, Covid-19, increasing immigration pressure upon nations bordering the Mediterranean, political instability and hostility shown towards NGO ships seeking to provide assistance raises the prospect of commercial shipping being increasingly called upon to provide assistance.

The ability of individual commercial vessels to provide such assistance within their own capabilities and resources combined with the lack of coordination between MRCC/SAR authorities and seeming unwillingness of Governments to permit the disembarkation of rescued migrants, risks a further deterioration of an already difficult situation.

Until a fully cohesive approach to the issue of migration is adopted, should a responding vessel encounter a similar situation, it is important to ensure that the Master complies with instructions with the customary due diligence expected, giving consideration to the aforementioned guidance and maintains an accurate record of all steps taken. 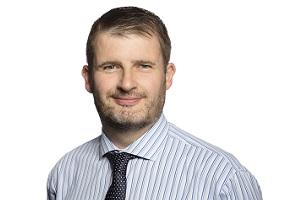