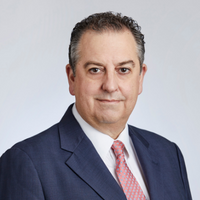 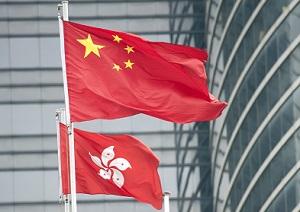 The Hong Kong Government and Supreme People’s Court of the People’s Republic of China recently signed up to an arrangement which will mean each can make and enforce orders in aid of arbitrations conducted in the other jurisdiction. To give it its official (if somewhat unwieldy) title, the Arrangement Concerning Mutual Assistance in Court-ordered Interim Measures in Aid of Arbitral Proceedings by the Courts of the Mainland and of the Hong Kong Special Administrative Region is the latest in a line of mutual agreements whose purpose is to build bridges between the separate and distinct systems of law in force in Hong Kong and Mainland China. Although sovereignty over Hong Kong was handed back to China on 1 July 1997, the territory still retains its common law based system of laws and courts and as a result there can often be significant areas of uncertainty when one jurisdiction is asked to assist in various aspects of litigation being conducted in the other.

The Arrangement was signed by both parties on 2 April 2019 and will come into force on a date to be announced by the Hong Kong Government and the Supreme People’s Court. According to the Arrangement, any party to arbitration proceedings in Hong Kong may, before an award is made, apply to an Intermediate People’s Court for interim measures “by reference to” relevant laws and judicial interpretations of Mainland China (Article 3). “Interim measures” can include preservation of assets and evidence. Likewise, a party to a Mainland China arbitration can apply to the Hong Kong High Court for interim measures which are already available to parties in foreign (non-China) arbitrations (for example, injunctions) and preservation of assets and evidence (Article 6). This article is limited to an examination of the position pertaining to Hong Kong arbitration.

In the maritime context, particularly with charterparties, it is common for a contract between a non-PRC entity and a PRC counterpart to provide for Hong Kong arbitration, often specifying English law as the governing law. PRC entities will frequently have assets located in Mainland China, and these can already be enforced against once an award is obtained (by virtue of an earlier Arrangement between Hong Kong and Mainland China entered into in 1999). In terms of pre-award security, it has been the case for some years that a maritime claimant in any arbitration outside Mainland China could obtain an order for “preservation” (i.e. attachment) of property in China, pursuant to the PRC Special Maritime Procedure Law (“SMPL”). This option is, however, limited in terms of the types of property which can be attached; the Supreme People’s Court, in an official explanation concerning the application of the SMPL, has said that the relevant property consists of ships, cargo carried by a ship, ship’s bunkers and ship’s provisions1.

The attachment of any other type of property, like bank accounts or shares, is governed by the PRC Civil Procedure Law (“CPL”) and, due to a lack of lack of express empowering provisions, applications for pre-award attachment of such non-marine assets in aid of foreign (including Hong Kong) arbitrations are often rejected by Mainland judges. The new Arrangement will increase the opportunities for claimants in arbitration to obtain attachments of such assets, similar to the way in which freezing orders / Mareva Injunctions and property attachments are available in many places. Since the Arrangement is exclusively between Hong Kong and Mainland China, this benefit will accrue only to parties in Hong Kong arbitration, and not in other forums.

Turning to some details of the Arrangement, Article 3 states that before an award is made, a party to Hong Kong arbitration “can make an application for interim measure to the Intermediate People’s Court of the place of residence of the [respondent] or the place where the property … is situated.” If arbitration has not already commenced when the application is made, it must be commenced within 30 days of the interim measure being ordered. This latter provision would appear to allow “pre-emptive” applications without notice, in order to avoid potential disposal or transfer of assets if the respondent is given advance warning, similar to ex parte injunction applications in common law jurisdictions.

Article 4 specifies the documents required to make an application. As well as the “application for interim measure”, these include a copy of the arbitration agreement, identity documents of the applicant (e.g. ID card, certificate of incorporation) and details of the claim in arbitration (e.g. pleadings, supporting documents). If the documents are not in Chinese, an accurate Chinese translation is required. The details required in the “application for interim measure” are set out in Article 5. These include personal and contact details of the parties, preservation amount and information about the property to be preserved, and explanations of the need for urgency and the adverse consequences if the interim measure is not granted.

The Mainland court can order the applicant “to provide security” (Article 8), presumably to compensate the respondent in the event that it incurs a loss or damages as a result of an illegitimate or unconscionable application for interim measures. This appears similar to the obligation of a party seeking to arrest a vessel or other maritime property in China to provide security (often referred to as “counter-security”) as a pre-condition for the Court granting the order (SMPL, Chapter VI).

On the face of it, therefore, the 2019 Arrangement has the potential to make Hong Kong the most favourable place to arbitrate against parties with Mainland assets: but unfortunately it may not be all plain sailing for maritime litigants.

The vast majority of maritime arbitrations are what might be termed “ad hoc”. While the LMAA, under whose terms the majority of maritime arbitrations are conducted, is a formal association, with office holders, a constitution and a common code of ethics, it does not itself administer arbitrations in the manner of institutions such as ICC, LCIA, CIETAC, CMAC, SIAC, HKIAC etc. LMAA arbitrations are, therefore, ad hoc in nature. When parties to maritime contracts elect Hong Kong arbitration, they commonly adopt LMAA Rules, use a clause similar to the “Hong Kong Maritime Arbitration Clause” drafted by the Hong Kong Maritime Arbitrators Group, or do not specify any particular set of rules or supervising institution at all. In all such cases the arbitration will be ad hoc.

The Mainland legal system has always had misgivings about ad hoc arbitrations, to the extent that purported agreements for ad hoc arbitration in the Mainland are invalid (PRC Arbitration Law, Article 16), though it is noteworthy that an ad hoc tribunal in a maritime dispute, properly constituted in a foreign jurisdiction, can be recognised for the purposes of the SMPL and that awards of ad hoc tribunals are recognised in Mainland China pursuant to the New York Convention of 1958. This preference for institution-based arbitration is underscored by the Arrangement. Accordingly, under Article 3 for a claimant to make an application for interim measures on the Mainland they must be a party to “arbitral proceedings in Hong Kong”. The definition of what constitutes “arbitral proceedings in Hong Kong” is found in Article 2; these are proceedings which are “seated in the HKSAR and … administered by … arbitral institutions ... dispute resolution institutions or permanent offices” which are established in Hong Kong, set up in Hong Kong by intergovernmental organisations of which the PRC is a member, or have been set up in Hong Kong by external arbitral institutions and satisfy criteria prescribed by the Hong Kong Government. For the purposes of Article 3, therefore, a purely ad hoc arbitration cannot constitute “arbitral proceedings in Hong Kong”, and a claimant in such an arbitration would not be eligible to take advantage of the measures introduced by the Arrangement.

While parties to maritime contracts continue to agree arbitration clauses with wordings which have been used consistently for many years, the prospective advantages for Hong Kong arbitration outlined in the 2019 Arrangement may unfortunately prove to be elusive. It is notoriously difficult to persuade parties to give close consideration to contractual arbitration clauses, as these tend to be “cut and pasted” from previous contracts, or agreed as a simply stated “[Name of jurisdiction] law and arbitration to apply” type provision. However to exploit the enhanced possibility of obtaining pre-award attachments of non-marine assets in Mainland China, clauses which provide for some kind of institutional arbitration will need to be drafted and agreed; for Hong Kong maritime arbitrations the most likely viable institutions would seem to be HKIAC and CMAC. The challenge will be to draft clauses nominating one of these institutions, using wording sufficient to engage the potential of the new Arrangement whilst at the same time maintaining as many of the positive features of ad hoc arbitration that parties to maritime arbitrations have grown accustomed to over many decades.

1 Supreme People's Court Interpretations on the Application of the Special Maritime Procedure Law of the People's Republic of China (2003), Article 18