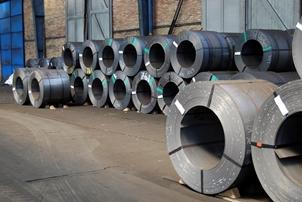 The decision in Mettall Market OOO  v  Vitorio Shipping Company Ltd (‘’The Lehman Timber’’) dealt with whether acceptance of a General Average Guarantee provided by cargo insurers for that part of the cargo that was covered by insurance (10%) could discharge an owner’s lien over the entire cargo when no corresponding bond had been provided, and if the costs of storing liened cargo ashore was recoverable.

The vessel ‘’Lehman Timber’’ was captured by Somali pirates in May 2008. After being held for 42 days, owners paid a ransom and the vessel was released. Owners declared General Average (“GA”) when the vessel’s main engine broke down four days after having been released by the pirates. GA security was sought from cargo interests.

Four bills of lading had been issued covering the cargo to be delivered at St Petersburg. Only the cargo carried under one of these bills of lading (98 steel coils) was insured and it was in respect of this cargo that the GA guarantee had been provided. All four bills of lading were on the Congen form 1994 and incorporated the terms of a voyage charter that provided for GA to be adjusted in London in accordance with the York Antwerp Rules. There was no express contractual right to exercise a lien to obtain security for GA or to recover the costs of exercising a lien.

In arbitration, owners successfully recovered from receivers their contribution to general average and storage costs.

The subsequent appeal to the High Court by cargo was on two aspects of the tribunal’s decision:

1. Whether owners were obliged to deliver the cargo  (ie the 98 steel coils) in respect of which the GA guarantee that had been provided when, in consideration of the delivery of that cargo to the consignees, the cargo insurers had undertaken to pay the owners any GA contribution due in respect of the cargo. Furthermore, if so, whether cargo was entitled to claim damages for owners’ failure to do so.

2. Whether the cargo receiver was liable for the storage costs which owners incurred in respect of all the steel coils.

In relation to the first question, cargo argued that the lien over the cargo had been lost by acceptance of the GA guarantee. That is, owners’ lien was lost because the acceptance of security is inconsistent with retention of the lien when the GA guarantee contained an undertaking to make delivery as consideration for the giving of the guarantee. Without a valid exercise of a lien, there was an absolute obligation in contract to deliver the 98 coils and owners were liable for their failure to do so.

In contrast owners argued that they were not obliged to deliver the coils because they retained a lien over those goods. Their lien was not lost because the Tribunal found, as a matter of fact, that the failure to provide a GA Bond meant that no reasonable security had been tendered. As such the exercise of owners’ lien was not irreconcilable with the provision of a GA guarantee.

Owners also argued in the alternate that, if the lien had been lost, then owners were entitled to refuse to deliver on the basis that they could not do so without risking damage to the remaining cargo, thereby breaching their duty of care in relation to that cargo and second, without risking losing the lien over the remaining cargo, a lien which they were required to protect for the benefit of all potential GA claimants with interests in the venture.

In any event, owners argued cargo had failed to mitigate its loss by not providing a GA bond for and a guarantee for the three parcels of cargo not covered by the GA guarantee. Had they done so, the cargo would have been delivered and no loss would have been suffered.

The Commercial Court confirmed that if a shipowner agrees to give up his lien in return for security, he is entitled to ask for reasonable security, irrespective of whether the consignee is under any personal liability to contribute as the lien attaches to the property. While it was possible to waive the right to exercise a lien, to do so the owner would have had to have done something that was “unequivocally inconsistent” with the continued existence of the lien. Clearly that was not the case.  The decision reaffirmed the long established practice of seeking security for general average contributions by way of a bond from the consignee seeking delivery, fortified by a guarantee from insurers, or a cash deposit.

On the second question, the Tribunal had held that the owners were entitled to the storage charges on three alternative bases. First, in reliance on The Winson (1982) 1 AC 939 the costs of exercising the lien were not only for the owners’ benefit but for the benefit of all other GA claimants. Second, owners were entitled to them as damages for cargo’s failure to take delivery which was caused by its failure to discharge the lien and third, as a substitute for damages for detention to which owners would have been entitled had they chosen to retain the coils on board rather than discharging them ashore.

Cargo relied on an 1860 House of Lords decision  -  Somes v British Empire Shipping Co (Somes v. British Empire Shipping Co (1860) 8 HL Cas. 338) - in which a repair yard exercised a lien over a ship for 27 days and included in its claim a charge of £21 per day for occupying the dock while the lien was exercised. The shipowner paid the entire claim under protest and then successfully recovered the £21 a day cost from the yard on the basis of the general rule that the costs of retaining possession of goods in the exercise of a lien are not recoverable from the owner of the goods.

“I conclude that the principle to be derived from these authorities is that where a gratuitous bailee incurs expenses in carrying out his duties in preserving and caring for the goods, he has a correlative right to recover such expenses from the owner ofthe goods, provided that he is not denying possession of the goods to the owner solelyon the grounds that he is exercising a lien. Where, however, he is exercising a lien adversely to the goods owner, who is seeking possession, and that is his sole ground for denying possession to the owner who would otherwise be entitled to possession but for the lien, he has no such right.”

And in support of that view referred to:

“The assertion of a lien does not entitle the bailee to charge the additional costs of storing the goods while the lien subsists, at least where the lien represents his exclusive object in continuing to safeguard them”: Palmer on Bailment (3rd Ed. 2009), paragraph 13-052, p. 745.

“In the absence of contractual provision to the contrary the shipowner must enforce his lien at his own expense; if he were to land and store the goods, or deposit them with a wharfinger, the cost cannot be recovered from the consignee”: Lowndes & Rudolf, The Law of General Average and the York-Antwerp Rules (13th Ed. 2008), paragraph 30.44, p. 608;

“In general, the party asserting the lien cannot charge the owner for the costs of keeping the chattel during the period of his possession by reason of the lien, and cannot add such costs to the charges in respect of which the lien is asserted”: Halsbury’s Laws of England (5th Ed. 2008), Volume 68, paragraph 822, p. 271.

“it is a general rule that the costs of retaining possession of goods in the exercise of a lien are not recoverable from their owner”: Cooke et al., Voyage Charters (3rd Ed. 2007), paragraph 17.37, p. 439.

The court therefore found in favour of cargo on the second question but declared the question to be one of general public interest and granted leave to appeal to the Court of Appeal.

This Court of Appeal decision in this matter is discussed in a recent website article: Cargo Lien - GA Storage Costs