Jones Act - When is a Worker a "Seaman"? 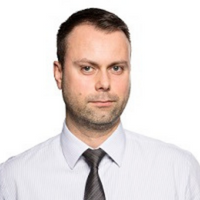 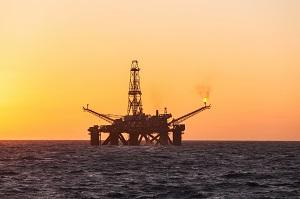 In the recent case of Ross v W&T Offshore Inc 2018 WL 6492762 (E.D. La. Dec. 10, 2018) the United States District Court for the Eastern District of Louisiana discussed the criteria applied by the courts when assessing an injured party’s status in respect of claims brought under the Jones Act and general maritime law.

The plaintiff worked as a cook for Bailey's Support Services, Inc. while stationed on an oil production platform in the Gulf of Mexico owned by W&T Offshore Inc (“W&T”) called SS 349- A (the “oil platform”). While working on the oil platform, he slipped and fell on a wet galley floor. The plaintiff alleged that the fall caused severe injuries, and the injuries were a result of the negligence of W&T.

The plaintiff alleged that the oil platform constituted a vessel, and he sought to recover damages under the Jones Act and general maritime law on the basis that he was a “seaman”. The suit also raised claims under Louisiana law in the alternative.

The plaintiff argued that due to the hours he worked on other vessels prior to being assigned to the oil platform he had attained Jones Act status. The plaintiff had worked aboard four vessels, which were owned by three different companies, prior to his assignment to the oil platform but argued that time served should be taken into consideration when assessing his status as a Jones Act seaman.

Summary judgment is appropriate when the pleadings and discovery show that there is no genuine dispute as to any material fact and the movant is entitled to judgment as a matter of law. In assessing the position, the Court will draw any reasonable inferences needed in favour of the non-moving party.

The Court considered each of the arguments raised by the parties:

The first question in any Jones Act action is whether the plaintiff qualifies as a Jones Act seaman, and the most fundamental prerequisite is whether any of the structures or vehicles worked on by the plaintiff are considered to be a “vessel”.

The definition of a vessel for the purposes of the Jones Act was determine by the United States Supreme Court in Stewart v. Dutra Constr. Co. 125 S. Ct. 1118 (2005) . The Supreme Court defined a vessel as every description of watercraft or other artificial contrivance used, or capable of being used, as a means of transportation on water. The status of a vessel is regardless of its primary purpose or state of transit at a particular moment. A vessel's primary purpose need not be navigation or transportation, and it need not be in motion at the time of the seaman's injury but the Supreme Court noted that a watercraft is not capable of being used for maritime transport in any meaningful sense if it has been permanently moored or otherwise rendered practically incapable of transportation or movement.

W&T’s argument focused on the need for a vessel to be practically capable of maritime transportation, regardless of its primary purpose. They asserted that a watercraft is not capable of being used for maritime transport in any meaningful sense if it has been permanently moored. W&T’s central point was that an oil platform is not a vessel because it is incapable of any movement. It is permanently affixed to the sea-floor by eight pilings and, in this instance, the platform had not moved from its location in over two decades. It does not float, has no navigational equipment, no means of self-propulsion and cannot be towed. Therefore, the oil platform is not a vessel. In which case, the plaintiff was not injured aboard a vessel and his claims against W&T for negligence under the Jones Act must fail.

The District Court considered the test in Stewart v Dutra Construction Co (as explained above). With that test in mind, the Court looked at the case of Mendez v Anadarko Petroleum Co 568 US 1142, where the Fifth Circuit determined that an oil platform that was permanently moored by six mooring lines and attached to anchors embedded into the sea floor was not a vessel.

As the platform on which the plaintiff was working when he was injured was permanently affixed to the sea floor the Court concluded that the oil platform was not a vessel.

As a matter of fact, the plaintiff had worked aboard four vessels, which were owned by three different companies and under the direction or control of unnamed Charterers, prior to his assignment to the oil platform. The plaintiff argued that due to the hours he worked on these other vessels prior to being assigned to the oil platform he had attained Jones Act status.

The issue of who is a Jones Act seaman so far as US nationals are concerned is governed by the decision reached in the United States Supreme Court case of Chandris Inc. v Latsis (“Chandris”) 515 US 347 (1995) which set out a two pronged test for determining whether or not an employee enjoyed seaman status:

Therefore, a crewmember who spends only a fraction of their working time on board a vessel is not a seaman. As a guideline a worker who spends less than about 30% of his time in the service of the vessel in navigation should not qualify as a seaman under the Jones Act.

W&T argued that even if the plaintiff previously obtained Jones Act status in prior assignments, once he was permanently assigned to the oil platform his Jones Act seaman status ended. Further, the plaintiff did not work on a vessel, or an identifiable fleet of vessels under common ownership or control, as required to establish seaman status.

The District Court consider the Chandris test and whilst the plaintiff had provided evidence showing he was a Jones Act seaman at some point prior to being assigned to the oil platform, the undisputed evidence showed that he was reassigned to a job that was aboard an offshore oil platform. As this was not a vessel under the Jones Act, the Court found that the plaintiff could not be a seaman.

W&T argued that an essential element of any unseaworthiness claim was that there was a “vessel”. Therefore, the plaintiff’s claim must also fail on the same basis as above that the oil platform was not a “vessel”.

The District Court agreed that as per Fifth Circuit precedent for a valid argument of unseaworthiness there requires the existence of a vessel. The Court had already found that the oil platform was not considered a vessel but a fixed platform.

W&T argued the plaintiff's negligence claim brought under the general maritime law must fail because the plaintiff could not meet the two requirements for a tort claim in admiralty:

W&T argued the plaintiff's alleged injury occurred on a fixed platform, which is not part of navigable waters under maritime law and the connection test should fail because the activity which caused the plaintiff's injury did not bear a significant relationship to traditional maritime commerce.

The District Court agreed with W&T that work on a fixed offshore platform bears no significant relation to traditional maritime activity.

Therefore, W&T was entitled to summary judgment in its favour on each of the claims brought under the Jones Act, seaworthiness obligations and general tortious maritime law.

This decision is a reminder of the fundamental tests that have been established in order to receive the remedies available under both the Jones Act and general maritime law. In this instance, the plaintiff could not meet these requirements.