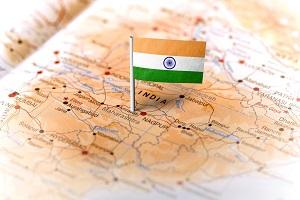 SCMTR was intended to come into force from 01 August 2019. However, the CBIC has provided a 45 days relaxation period for filing manifests as per the old process, up to a maximum period of 90 days, beyond which the provisions under the new regulations shall be applicable.

When submitting the above mentioned Arrival/Departure manifests electronically, varying information under different sections such as vessel details, voyage details, transhipper details etc. are required to be furnished according to the SCMTR.

Additionally, the Club’s Indian legal correspondents, Bhatt and Saldanha has confirmed that it is not mandatory to issue an Ad Valorem Bill of Lading[3] as per the Indian Carriage of Goods By Sea Act, 1925.

Members would be kept updated with developments.

Our thanks to Club correspondents Crowe Boda of Mumbai for providing this information.

[1]Authorised Sea Carriers (ASC): The Indian entity representing the Master of the vessel that shall have to be registered with the Indian Customs to transact business under the new regulations. (Including Shipping Line)

[3] To the extent rights of limitation would otherwise exist an ad valorem Bill of Lading will have potential P&I cover consequences (proviso (v) to Rule 25xiii. Members are advised to contact the Club / Crowe Boda in the event that any request is received by them to issue BL’s with the invoice value stated.