What is Force Majeure? 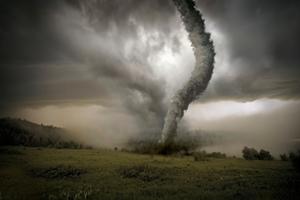 The concept of force majeure dates back to the beginning of the Roman Empire. Nowadays this concept has spread and many countries have incorporated it into their legislation. Examples of such countries are France, Germany, Spain, Brazil and China1.

There is a general understanding that by simply claiming an extraordinary event as force majeure a party is automatically discharged from any contractual duties. This assumption is often incorrect and thorough attention must be paid before invoking force majeure.

This article is intended to draw attention to the definition of force majeure and its application2, and to give general guidance which may assist a contracting party when faced with a possible force majeure event.

Force majeure as a civil law concept is designed to excuse3 one or all of the parties from liabilities and or obligations under a contract. It arises where there has been an occurrence of extraordinary events, specified events or events beyond the parties’ control.

In a civil law system which emphasizes the use of legislature, force majeure operates as a matter of law. The definition and application are referred to in statutes and are implied into any civil law contract. Parties to a contract may exercise their rights of freedom of contract to expand the definition of force majeure and widen its application in that contract. It is important, therefore, always to refer to the relevant contract before making general assumptions. Examples of force majeure events are wars, strikes, earthquake, extreme heavy rains/winds.

Force majeure operates by relieving a party partially or fully from his obligation to perform a particular obligation. It can also suspend the execution of an obligation or allow an extension of time to perform the same. It is not intended to excuse negligence or wilful default.

In order for the force majeure effects to operate it is necessary to fulfil certain conditions which are commonly referred to as the three tests:

1 Externality - the circumstances that lead to the non-performance of the obligation were beyond the control of the parties;

2 Unpredictability - the party must not be able to anticipate the occurrence of the event. If an event is foreseeable, a party must be prepared for it.

3 Irresistibility - the consequences of the event could not be avoided;

The burden of proof rests on the party wishing to be discharged from his contractual obligation(s). The party must prove that the facts fall within the legal definition4 of force majeure and comply with the three tests.

As mentioned above (in “Effects”), contracting parties may often modify the application of force majeure by imposing additional requirements. Contracts can require that a party must give notice before invoking force majeure. This is intended to give the other party chance to (i) reserve its rights (ii) try to mitigate or reduce the probable losses. In addition, contracts can also have provisions that require the invoking party to try to mitigate the effects on the other party. This may be achieved by taking reasonable steps to prevent the loss or limit it.

In the case of the former – for instance if there is a reference to “force majeure excepted” – what constitutes force majeure has been decided largely on a case-by-case basis. It includes “Act of God”, but may also encompass not only natural events (e.g. floods, earthquake) but also events created by human intervention (e.g. strikes, wars, embargos).

In the case of the latter – a specific force majeure clause – the parties to a contract will specifically define particular events and what is to happen when those events occur. In effect, this is an exception clause, and it makes no difference whether it is headed “force majeure” or not.

Such clauses are drafted in a variety of ways and it is not uncommon to come across clauses stating a number of events and finishing with “or any other causes beyond our control”. The reference to “other causes” will generally be given its natural, wide meaning and is unlikely to be limited to events ejusdem generis with those previously listed in the clause.

As to the burden of proof under English law, it is for the party relying on the force majeure provision to prove the occurrence of one of the events listed, that his performance has been adversely affected by that event, that his non-performance was beyond his control and there were no reasonable steps he could have taken to avoid either the event or its consequences. If the force majeure provision requires for instance that notice of force majeure be given, complying with such notice requirements is of the utmost importance.

Strikes or lockouts of men, or any accidents or stop-pages on Railway and/or Canal, and/or River by ice or frost, or any other force majeure causes including Government interferences, occurring beyond the control of the Shippers, or Consignees, which may prevent or delay the loading and discharging of the vessel, always excepted.

Are you experiencing a force majeure event? Basic recommendations:

(a) Check for the applicable law/jurisdiction. If it is a civil law system country, the concept of force majeure may be implied into the contract;
(b) Review clauses carefully and remember that, even under a civil law system, parties can usually expand the meaning and application of force majeure ;
(c) Remember that it is not necessary for a contractual term to expressly refer to force majeure (it may be implied under a civil law system, and under English law an exceptions clause will in effect amount to the same thing);
(d) Ensure that the “three tests” of externality, unpredictability and irresistibility are satisfied – similar considerations apply when considering the burden of proof under English law;
(e) Gather as much as evidence as possible of the facts of the event which may be invoked as force majeure event and any effort being done in order to mitigate the impact on the contracting parties;

These are basic recommendations only. Legal advice should be sought before giving notice of force majeure to the other party. Please note that English law, being a common law system, is a dynamic environment where new case law may provide a change in interpretation.

1.Examples of legal provisions are: China – Art 117 of Contract law of P.R.C; Brazil – Art. 393 of the Civil Code 2002; Spain - Art. 1105 of the Civil Code.
2.This article assumes that the notion of force majeure is the same as cas fortu. In France, there is distinction between force majeure and cas fortuit. In Brazil, the Civil Code adopted the same effect for cas fortuit and force majeure. However, in both of these counties cas fortuit relates to natural events such as floods and earthquakes and force majeure relates to events arising out of will of the men such as strikes, wars etc...
3. A party may be excused wholly or partially, please refer to paragraph on "Effects"
4. Legal means not only what the law says, but also what has been agreed on the contract.