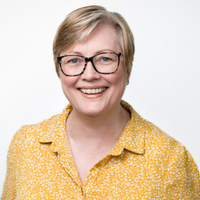 Plaintiff’s failure to issue motion for leave to amend - Good news for Defendants!

Recent decisions in Florida suggest that some Federal Court judges are taking a tougher stance on plaintiffs who fail to seek leave to amend their complaint without filing a motion, as Rule 7 of Federal Rules of Civil Procedure requires:

Rule 7 of Federal Rules of Civil Procedure states:
“b) MOTIONS AND OTHER PAPERS.
(1) In General. A request for a court order must be made by motion. The motion must:
(A) be in writing unless made during a hearing or trial;
(B) state with particularity the grounds for seeking the order; and
(C) state the relief sought.”

In the past, plaintiffs have sought leave to amend the complaint in their Response to the defendant’s motion to dismiss, usually with a couple of sentences, and courts have generally allowed it. It has not been unusual for Plaintiffs to be given two or more opportunities to amend their complaint. Rule 15 of Federal Rules of Civil Procedure provides:
(a) Amendments Before Trial.
(1) Amending as a Matter of Course. A party may amend its pleading once as a matter of course within:
(A) 21 days after serving it, or
(B) if the pleading is one to which a responsive pleading is required, 21 days after service of a responsive pleading or 21 days after service of a motion under Rule 12(b), (e), or (f), whichever is earlier.
(2) Other Amendments. In all other cases, a party may amend its pleading only with the opposing party's written consent or the court's leave. The court should freely give leave when justice so requires.

The requirement to file a Motion seems to have been routinely ignored. However, it seems that some judges are now taking a hard line on those failing to comply with the rule. The recent case of Avena v. Imperial Salon & Spa Inc. (see below) appears to have given the cause some momentum.

The fact that a motion needs to be filed was raised in the case of Long v. Satz, 181 F.3d 1275 (11th Cir. 1999). At first instance, the district court dismissed the action without allowing the plaintiff to amend her complaint, and on appeal to the 11th Circuit, the Court stated “Federal Rule of Civil Procedure 15(a) provides that “leave [to amend] shall be freely given when justice so requires”” and also confirmed that that the filing of a motion was the proper method to request leave to amend a complaint, the court referring to the Federal Rule 7 above.

In the case of Avena v. Imperial Salon & Spa Inc.,740 Fed.App’x679 683 (11th Cir 2018) the appellant argued that the district court abused its discretion in denying her request for leave to amend. The court, however, noted that:
“[a] request for a court order must be made by motion for leave to amend “The motion must: (A) be in writing unless made during a hearing or trial; (B) state with particularity the grounds for seeking the order; and (C) state the relief sought. Further “a motion for leave to amend should either set forth the substance of the proposed amendment or attach a copy of the proposed amendment”

In Avena, the court further noted that the only request the appellant made for leave to file an amended complaint was by way of a single line at the end of her motion in opposition to the motion to dismiss. The court found the request was improper because it neither contained a proposed amendment, nor provided any substance of the proposed amendment.

This decision was followed by Newton v Duke Energy Florida, LLC 895 F.3d 1270,1277 (11th Cir.2018) where the appellant appealed the decision denying them leave to amend their complaint. The appellate court found the request possessed no legal effect for two reasons:
“First, “[w]here a request for leave to file an amended complaint simply is imbedded within an opposition memorandum, the issue has not been raised properly”….Second :[a] request for a court order must be made by motion. The motion must be in writing unless made during a hearing or trial. And it must “state with particularity the grounds for seeking the order[,] and state the relief sought. Plaintiffs’ inclusion of the request for leave in their opposition to a motion to dismiss did not constitute a “motion” and thus did not comply with this rule 7(b) command”

In the case of Rygula v NCL (Bahamas) Ltd, Civil Action No.18-24535-Civ, 2019 U.S Dist.LEXIS 147586 S.D Fla. Aug 28,2019, the Federal Court judge cited Avena and Newton to support dismissal of the complaint and to deny the appellant’s request to file a second amended complaint.
In the recently decided case of Sanlu Zhang v. Royal Caribbean Cruises, Ltd., Civil Action No. 19-20773-Civ, 2019 U.S. Dist. LEXIS 199362 (S.D. Fla. Nov. 14, 2019), the Federal Court judge relied again on Avena and Newton, finding that the plaintiff’s request for leave to amend was improperly presented as an afterthought in response to a motion to dismiss and the court confirmed in those circumstances the request would not be considered. Although the court dismissed the complaint without prejudice, the ruling denying the request to amend effectively ended the case (prior to this ruling, the court of its own motion dismissed the initial complaint finding it was a shotgun pleading).

On 25 March 2020, the court denied Zhang’s motion for reconsideration and the
Order is a word of warning to Claimant attorneys who produce shotgun pleadings:

“Zhang reviewed the Defendants’ motions to dismiss, vigorously opposed them and then sat back and waited to see if the Court would let his pleading fly. And then, when the Court granted the motions to dismiss, Zhang suddenly came up with a litany of new facts that he claims fix his pleading’s deficiencies. Zhang had every opportunity to fix the deficiencies the Defendants identified prior to the Court’s careful and thorough review. He should have taken his best shot from the get go; he should not have waited for the Defendants and the Court to have worked through his pleading before bothering to inform all involved that he had a much better pleading in his back pocket in case things went badly for him. At best this was a poor strategic decision; at worst this was an attempt at sandbagging that backfired.

These recent cases are good news for defendants as the orders for dismissal are final and the only options for a plaintiff are to appeal the court order, file a motion for reconsideration (although as we see in Zhang above, such motion may not be successful) or, if the claim is still within time, to file a new lawsuit.

Whilst Rule 7 is not a new rule, the case of Avena seems to have motivated some judges into action to ensure the rules are adhered to. We hope this pattern continues, although at present, not many courts have taken the harsh path of the Zhang court.