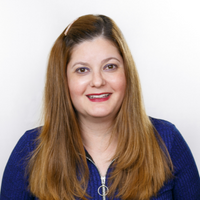 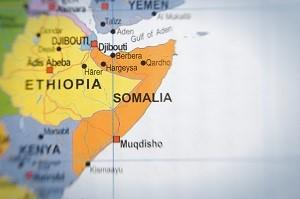 In Eleni Shipping Limited v Transgrain Shipping BV (The Eleni P) [2019] EWHC 910 (Comm) the Commercial Court considered an appeal under section 69 of the Arbitration Act 1996 by Owners of an award in which the Tribunal rejected Owners’ claim for hire to be paid by Charterers during the period for which the vessel was detained by pirates in the Arabian Sea.

On 29 April 2010 voyage orders were given by Charterers for the vessel to load a cargo of iron ore from a port in Ukraine for discharge at Xiamen, China. The vessel passed the Suez Canal and sailed through the Gulf of Aden without issue. However, the vessel was attacked in the Arabian Sea and captured by pirates on 12 May 2010.

The vessel was released by the pirates approximately seven months later. After undertaking repairs and resupply, the vessel proceeded to China to discharge the cargo and was redelivered to Owners.

The primary claim by Owners against Charterers was for unpaid hire of about US$4.5million for the period the vessel was under the pirate’s control. The Tribunal rejected Owners’ claim based on their interpretation of clauses 49 and 101 of the Rider Clauses to the charterparty which the Tribunal considered suspended hire.

The main issue of the appeal was the correct construction of clauses 49 and 101. The Judge referred to the recent case law considering the principles applicable to the construction of commercial contracts (see the Club’s previous articles Contractual Interpretation - Commercial Common Sense and A More Literal Approach to Construction). Referring to his own previous decision in The Ocean Neptune [2018] 1 Lloyd’s Rep 654, the Judge reminded that the Court must consider the objective meaning of the language adopted by the parties. If there are two possible constructions of a clause, the Court should prefer the construction consistent with business common sense.

Whilst these principles are applicable to all contracts, the Judge remarked that time charters give rise to particular considerations as the allocation of risk is inherent to their nature. There is an established approach that the risk of delay is on Charterers who remain liable to pay hire unless there is a specific exemption in the form of an off- hire provision. The burden rests with Charterers to bring themselves within an exemption.

Clause 49 provided that “should the vessel be captures [sic] or seized or detained or arrested by any authority or by any legal process during the currency of this Charter Party, the payment of hire shall be suspended for the actual time lost …”.

Owners argued that each of the words in clause 49, “captured”, “seized”, “detained”, “arrested”, were dependent and qualified by the following phrase in the clause “by any authority or any legal process”.

On the contrary, Charterers argued that the phrase “by any authority or any legal process” applied only to “arrested” and did not qualify the word “captured”, which was freestanding. The vessel could be captured due to any cause including the vessel’s capture by pirates.

The Tribunal agreed with Charterers’ position. However, the Judge preferred Owners’ interpretation of the clause. In summary his views were that:

Clause 101 provided that “… in case the vessel should be threatened/kidnapped by reason of piracy, payment of hire shall be suspended. It’s remain understood [sic] that during transit of Gulf of Aden the vessel will follow all procedures as required for such transit including but not limited the instructions as received by the patrolling squad in the area for safe participating to the convoy west or east bound.”

The Court noted that the language of clause 101 did not provide guidance as to interpretation. However, the Court preferred the construction adopted by the Tribunal as the primary purpose of Clause 101 was to permit the Charterers to engage in trade through the Gulf of Aden and set out that:

The Court concluded that whilst Owners succeeded on clause 49, the appeal ultimately failed due to the interpretation of clause 101. Hire was, therefore, suspended during the period of the detention by pirates by virtue of clause 101.

The case is a salient reminder that when specific clauses in a charterparty are the subject of interpretation by either a Tribunal or a Court, account will be taken of not only legal principles and case law but also commercial and business sense and the general scheme allocating risks under the charterparty.