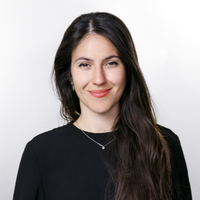 The meaning of “all available supporting documents”

In MUR Shipping BV v Louis Dreyfus Company Suisse SA (The Tiger Shanghai) [2019] EWHC 3240 (Comm) the Commercial Court ruled on whether Charterers’ claim for the return of hire paid in advance due to Owners’ breach of charterparty was time barred due to Charterers’ failure to provide Owners with “all available supporting documents” within the 12 months after the completion of the charterparty required under their contract. This court decision was an appeal against a Declaratory Arbitration Award dated 5 March 2019 when by a majority the Tribunal held that “Charterers’ claim was time barred and totally extinguished.”

MUR (“Charterers”) chartered the vessel “Tiger Shanghai” (the “Vessel”) from Louis Dreyfus (“Owners”) on an amended NYPE time charterparty dated 9 August 2016. The Vessel was scheduled to load a cement clinker cargo at Carboneras, Spain. The loading crane at Carboneras was too short to reach the feeder holes on the Vessel’s starboard side and Charterers accordingly sought Owners’ approval to cut new feeder holes into the hatch covers. Clause 46 of the charterparty provided that Charterers could, at their own expense and time, fit and weld any additional equipment for loading cargo. This would be subject to the Owners' and Master' s approval, which was not to be unreasonably withheld. Owners refused to approve the required work and Charterers in response appointed a surveyor who issued a survey report on the cutting of new feeder holes (the “Survey Report”). When Owners stated that their refusal was “final and non - negotiable”, Charterers terminated the charterparty on the grounds that Owners’ unreasonable refusal placed them in repudiatory breach of Clause 46, which entitled Charterers to terminate.

Charterers commenced arbitration on 8 August 2017, claiming the return of hire and the value of delivery bunkers paid in advance. The final hire statement was attached to the claim letter at the commencement of the arbitration. When Charterers served claim submissions nearly one year later on 2 July 2018, the Survey Report was attached, having not previously been disclosed to Owners.

Owners argued in response that as the Survey Report had been produced more than 12 months after the completion of the charterparty, in breach of Clause 119, the entire claim was time barred.

Clause 119 provided that: “[Owners] shall be discharged and released from all liability in respect of any claim or claims which [Charterers] may have under Charter Party and such claims shall be totally extinguished unless such claims have been notified in detail to [Owners] in writing accompanied by all available supporting documents (whether relating to liability or quantum or both) and arbitrator appointed within 12 months from completion of charter.”

Owners argued that the Survey Report went to the heart of the issue of liability and that had it been presented in time the parties could have resolved the dispute without the need for arbitration.

Charterers argued that as the Survey Report had been prepared for the purposes of the arbitration it was privileged, and should be treated as akin to an expert report and not as a “supporting document” within the meaning of the clause.

The Charterers appealed. They argued that the Survey Report was not truly “supportive” because it was only relevant if Owners were arguing a case of reasonable refusal, which was not known at the commencement of the arbitration. They also argued that the result of the Tribunal’s decision would be to time bar claims retrospectively if, during the course of an arbitration, relevant documents came to light.

Owners submitted that the purpose of Clause 119 was the prompt notification of claims in order to maximise the chance of speedy resolution. This required the early provision of all relevant documents. Owners also noted that Charterers’ claim depended on whether the termination was lawful, to which the question of reasonable refusal (and thus the Survey Report) was central and accordingly relevant at the commencement of the arbitration.

The Commercial Court dismissed the appeal.

In considering the correct interpretation of Clause 119 and the meaning of the words “all available supporting documents”, Cockerill J considered the principles applicable to the construction of commercial contracts. Following The Oltenia [1982] 1 Lloyd’s Rep 448, the Judge reminded the Court that the actual wording of the clause must be respected, and that the word “all” indicates a fairly expansive approach to the production of supportive documents.

Cockerill J also agreed with Owners that the claim in fact depended on whether the Owners’ refusal to approve the new feeder holes was reasonable. In claiming that it was not reasonable, Charterers relied on the Survey Report, which was accordingly a “supporting document”.

Regarding the retrospective operation of the time bar, the Judge took a strict approach, concluding that a supporting document could potentially fall within Clause 119 irrespective of the stage at which it was produced. Accordingly, if a relevant supporting document emerges later in proceedings it can cause the entire claim to be time barred. However, the Judge confirmed that "parties would not as a matter of common sense be debarred from making factual corrections to claims presented in time."

The Court rejected the argument that if a document was arguably privileged, then its disclosure was not required by an “all supporting documents” time bar clause. It was held that “a bad claim as to privilege should not prevent the parties to disclose a document that would otherwise be supportive under Clause 119.” A different approach would be “profoundly uncommercial” as it would sit ill with the requirement of certainty.

This decision again underlines the importance of checking and complying with both the production of documents - “all available supporting documents”, and time bars, as well as that consideration is needed as to whether particular documents are relevant or supportive of the claim. When making a claim, the claimant should present within the time bar any available document on which it intends to rely and it is also important that careful consideration is given to the need to maintain privilege.