Delivery of cargo without production of Bills of Lading: a recap 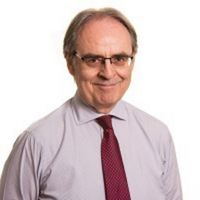 A recent case in which cargo was delivered against fraudulent Bills of Lading illustrates the risks of agreeing charter party clauses that oblige an owner to discharge and deliver cargo without presentation of the bill of lading, against a charterer’s letter of indemnity (LOI).

An International Group circular as long ago as 2001 stated that: “Members are strongly advised not to accept such clauses...”. Nevertheless, it is recognised that such terms are commonly required by Charterers and commercial pressures may make it difficult to withhold agreement. Frequently the explanation given for such a requirement, particularly in the case of short sea voyages or where there are multiple sales and sub-sales, is that the bill of lading is unlikely to be available on the vessel’s arrival due to delays in the banking chain. Cases where agreement to such terms have led to claims for mis- delivery are few but members should be aware of the potential risks that may be faced if such terms are agreed and the steps that can be taken to mitigate such risks.

From the perspective of Club cover in such circumstances, the starting point is that, unless the Directors exercise their discretion in a member’s favour, claims for delivery of cargo without production of the relevant bill of lading are not covered. The reason for this is that, under English law at least, in the event of mis- delivery an owner is liable in conversion to the holder of the Bill of Lading, a claim to which there would ordinarily be no defence. For example, any package limitation which would otherwise be available would not apply.

In consequence, a commercial practice has evolved whereby, in consideration of an owner agreeing to deliver cargo without production of the relevant bills of lading, the charterer or another party such as the receiver of the cargo agrees to provide a LOI, indemnifying the owner against the consequences of doing so. In its circular, dated February 2001 the International Group provided a recommended wording for such LOIs and recommended that they be counter-signed by a bank, although in practice this is rare. Mis-delivery occurs when after delivery it emerges that a party other to that to which delivery was made is the holder of the original bills of lading, entitling it to delivery of the cargo, and that party brings a claim for the cargo value. The LOI provides that when it is alleged that cargo has been mis-delivered, the party issuing the LOI will not only indemnify the owner against any liability that it may incur to the bill of lading holder but will in addition pay the legal costs incurred by the owner in defending that claim and, if necessary, provide security for it. It is important to note that when such a LOI is provided, this does not have the effect of reinstating Club cover. Instead the LOI is a substitute for the non-availability of cover.

Whilst the provision of a LOI potentially provides some protection, members should be aware that by agreeing to accept such security in return for not requiring presentation of original bills on delivery they are assuming the credit risk of the LOI provider. Whilst this may be less significant in cases where the providers are, for example, oil majors or large trading houses, an LOI from a party without adequate resources may ultimately leave the member bearing the loss. Even in the case of a substantial provider there is no guarantee that the terms of the LOI will be honoured, and legal proceedings may be required to enforce the right of indemnity.

There may be additional steps that a member can take to protect itself when such a charter party term is proposed:

If all else fails and:

then a discretionary claim may be submitted to the Directors. It is a requirement, prior to the exercise of their discretion, that “they are satisfied that the Member took such steps as appear to those Directors to be reasonable to avoid the event or circumstance giving rise to” the claim.

Bearing in mind that Club cover may be unavailable for the reasons given above, members may wish to consider obtaining separate insurance for mis-delivery risks. If requested the Club may be able to provide such cover on special terms and conditions as agreed.