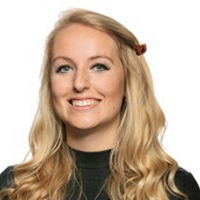 A recent High Court decision, The Tai Prize [2020] EWHC 127 (Comm), has held that where an agent presents a clean bill of lading to the Master for signing, this is not a warranty to the Master that the cargo is actually in good order and condition.

The Facts and the Arbitration

The “Tai Prize” was time chartered to Noble Chartering Inc (‘Noble’) who in turn voyage chartered her to Priminds Shipping (HK) Co Ltd (‘Priminds’) for a voyage from Brazil to China with a cargo of soybeans. Clean bills of lading were issued for the cargo.

The B/L incorporated the Hague Rules (HR) by operation of clause 2 on its reverse side. The contract of affreightment evidenced by the B/L was with the shipowner not the claimant.

The receivers in China brought a claim for heat, caking, and mould damage to the cargo, and obtained a court award against the Owners for over US$1 million. Noble paid US$500,000 to settle the Owner’s indemnity claim under the time charter, and then claimed an indemnity for this amount from Priminds.

Noble argued that, because the shipper and shipper’s agents presented clean bills to the Master for signature, they were entitled to be indemnified by Priminds –the shipper being considered as Priminds’ agent under the terms of the charterparty.

The arbitrator, Sarra Kay, made findings of fact that the cargo damage was due to its pre-shipment condition, which would have been reasonably apparent to the shippers but which would not have been reasonably apparent to the Master. She decided that the shipper was Priminds agent and their presentation of clean bills of lading to the Master, for signature, amounted to a warranty by Primind that the cargo was in good order and condition, or that Primind had impliedly agreed to indemnify the Noble against the consequences of the inaccuracy of the statement of apparent good order in the bill of lading. The arbitrator held that Priminds were obliged to pay Noble’s claim of USD$500,000, plus costs.

Priminds appealed to the High Court.

The High Court was obliged to accept the arbitrator’s findings of fact, that the shippers (who were Charterers’ agents) knew or ought to have known that the cargo was damaged before shipment and that the Master could not reasonably have detected the damage during the loading operation.

Therefore, the High Court considered three questions of law arising out of the award:

Judge Pelling QC, sitting as a judge in the High Court, overturned the arbitration award. He stated that the presentation of the clean bill of lading for signature was merely an ‘invitation’ to the Master, from the shipper, to issue a clean bill if he was satisfied that it was an accurate statement on the apparent cargo condition. The representation in the bill of lading is the record of the carrier’s evidence of the apparent cargo condition when shipped on board and it will be relied upon by the cargo receivers.

The Judge specified that the Master is still obliged, pursuant to the Hague Rules which were incorporated into the Charter Party and Bills of Lading, to make his own assessment of the ‘apparent order and condition of the cargo.’ Additionally, it was determined that there was no causal link between the alleged inaccurate representation by the Shipper and Noble’s loss because the Master did not rely on the representation on the draft bill.

The High Court also held that Noble was not entitled to an indemnity from Priminds. This was because the Hague Rules Visby, which were incorporated into the charter between Noble and Priminds, do not impose any obligation on the shipper in relation to statements concerning apparent order and condition of cargo. As such an indemnity could not be implied.

It is understood that Noble has been given leave to appeal.

If the Master has any concerns about the condition of the cargo at loading, he can obtain assistance from his P&I Club or local P&I correspondent.

In late January 2021 The Court of Appeal also held that the arbitrator made an error of law, and that no representation had been made as to the apparent condition of the cargo when the agents presented the bill of lading to the Master.