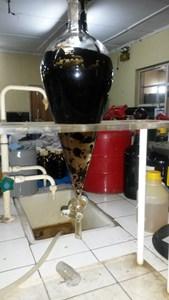 There are many in the shipping and bunkering industries who maintain that the quality of bunker fuels remains as good now as it did five or ten years ago. This, perhaps unsurprisingly, is generally the view of bunker suppliers. On the other hand, the position maintained by ship-owners and charterers is that the quality of the fuels delivered is deteriorating and as a consequence the number of bunker quality claims is increasing. Indeed, this also seems to be the view of at least one particular fuel analysis laboratory who say around 3-5% of all samples are found to be ‘off-spec’.

In the case of a significant proportion of bunker quality disputes, the problem is exacerbated by the provenance of the samples collected during the bunkering process. It is widely accepted that sampling should be carried out using automatic samplers or continuous in-line drip sampling equipment. More often than not these days, continuous in-line drip sampling is the method used on board ships. However, problems arise when ship’s staff insist on taking samples at the ship’s manifold, whilst barge staff insist that the samples are collected at the barge manifold.

“The sampling of petroleum fuels for analysis shall be carried out in accordance with the procedures given in ISO 13739 or an equivalent national standard. Where specific requirements are documented in the referenced test methods, these shall be adhered to.”

“A single sample shall be drawn continuously throughout the delivery, from either end of the bunker hose, using an automatic sampler or a continuous drip sampling device (see Annex M). The guidelines for the sampling of fuel oil for compliance with Annex VI of MARPOL 73/78 are for the sample to be drawn by the Cargo Officer, using a sampling device at the receiving vessel’s inlet bunker manifold. It is recommended that the commercial sample and the MARPOL sample be derived from this single sample.”

It would seem that ISO 13739 may be a little ambiguous in that, on one hand it states that the sample should be collected from either end of the bunker hose, i.e. either at the barge manifold or the ship’s manifold, yet reference is made to Annex VI of MARPOL which expressly states that the sample should be collected at the ship’s manifold. Little wonder ship’s staff and ship-owners are often confused as to where the samples should be collected. The matter is further compounded by the fact that Singapore Bunkering Procedure CP60:1996 and Code of Practise for Bunkering SS600:2008 states:

To make the situation more difficult, in many ports, neither the barge staff nor ship’s staff are permitted to physically transfer from one vessel to another and at Gibraltar the samples have to be taken at the barge for safety reasons. Add factors such as weather and sea conditions, or the general difficulty in gaining access from the barge and the ship or vice versa, the matter becomes an almost impossible situation to overcome and this creates a plethora of difficulties when the quality of the bunkers is questioned.

“The fuel shall be a homogenous blend of hydrocarbons derived from petroleum refining.”

In other words, the fuel delivered at the commencement of the bunkering operation should be exactly the same as the fuel delivered mid-way through and at the end of the operation. However, that is not always the case as frequently the fuel within a barge may be stored within different tanks or perhaps the fuel has been allowed to settle over a period of time before the commencement of the bunkering operation. Accordingly fuel drawn initially may be rich in heavier elements; aluminium and silicon, or water perhaps. If the Chief Engineer has arranged to bunker to a number of tanks sequentially then it is possible that the fuel in the tank filled initially, will have completely different characteristics to the fuel in the tank filled towards the end of the bunkering operation. However, continuous in-line drip sampling would not have shown the different characteristics of the fuels. If performed correctly, the drip should have remained at a constant rate throughout the bunkering operation and the sample collected within the cubitainer would have simply been an average sample of the entire quantity. The Chief Engineer, once the average sample has been analysed and shown to have satisfactory results, may then decide to start consuming the fuel that was bunkered to the first tank i.e. the tank that could possibly have contained fuel with greater aluminium and silicon or water perhaps than the fuel in the final tank to be bunkered. Damage to the main and auxiliary machinery may be sustained as a consequence of the fuel quality, but, the ‘average’ samples collected during bunkering, whether from the ship’s manifold or at the barge, show that the fuel is entirely satisfactory. The suppliers simply refute any claims concerning the quality of the fuel delivered whilst the shipowner pursues a claim against the charterer. All the charterer did was hire the vessel and purchase a quantity of fuel in good faith, yet more often than not, the charterer is burdened through no fault of his own.

Such errors often result in disputes concerning quality, as samples collected, which are not ‘average’ samples, may show characteristics which deem the fuel to be out of specification. Essentially, whilst the ‘average’ fuel may have been within specification, the sampling errors often reveal that the fuel has been delivered in a non-homogenous condition. If the fuel had been pumped to tanks sequentially there would be a risk that the fuel in one tank would have very different characteristics from another. Even if the fuel was pumped to just one or two tanks, if it was delivered as a non-homogenous product, the fuel in those tanks would be non-homogenous. If so, difficulties may be encountered treating the fuel, or worse, machinery damage may occur.

With the progressive reduction in Sulphur and the apparent corresponding increase in aluminium and silicon, it is likely that the quality of fuels delivered to ships will continue to deteriorate. Correct sampling of fuels at delivery is critical. The difficulty with continuous in-line drip sampling, whether at the barge or at the ship’s manifold is that even if performed correctly, it will not determine whether the fuel has been delivered as a fully homogenous product.

We are grateful to Steve Findlay of Findlay Marine for contributing this article.