When Charterers Fail to Pay for Bunkers - Bunker Claims 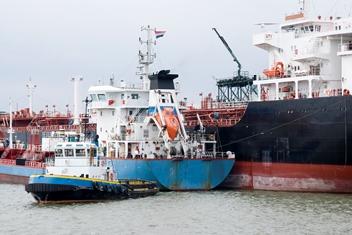 Market conditions over the past few years have been difficult.  This has particularly been the case through the first ten months of the year with numerous charterers becoming insolvent or filing for bankruptcy protection.

An earlier website article- "Charterers’ Default and the Pitfalls to Avoid"  - considered the claims owners would have against charterers following withdrawal of the vessel or early termination of the charter.  This article considers what claims owners may face from third parties in the same circumstances.  Typically these would be by sub-charterers and/or bunker suppliers and would concern bunkers supplied to the vessel.

Claims relating to the ownership of bunkers

The NYPE standard form charterparty provides that, on delivery of the vessel, charterers shall “take over and pay for all fuel”” and that, on re-delivery, owners do the same.

Owners may seek to clarify the ownership position in this situation by amending the re-delivery clause to state “whether it occurs at the end of the charter period or on earlier termination of this charter”.

Claims by bunker suppliers for non-payment

There are a number of bases on which bunker suppliers may try to claim against the vessel or her owners in respect of bunkers ordered by the charterers:-

Each possible basis of claim is commented on below:

That they remain the owner of the bunkers by virtue of a retention of title clause provided for in their standard terms and conditions.

In the Fesco Angara (Angara Maritime Ltd v OceanConnect UK Ltd [2011] 1 Lloyd’s Rep 61] the bunker supplier sought to rely on the retention of title clause in its contract with the charterer to claim against vessel owners (alleging owners were liable for the tort of conversion) for the bunkers which had not been paid for. The charterers had gone into liquidation and had made early redelivery of the vessel to the owners.  In that case the Court, applying the English Sale of Goods Act found that the owner was protected from a claim by the bunker supplier as it had received the bunkers in good faith without notice of any third party claims to the bunkers.

As a matter of English law the owners will not usually be a party to the bunker supply contract.  Typically, charterers will deal with a single bunker supplier who knows them and is prepared to provide them with bunkers on credit.  The terms of supply usually require payment within 30 days of delivery.

It is well known that charterers do not usually have authority to conclude a contract on behalf of the vessel owners.  Despite this the bunker supplier will typically issue his invoice and/or bunker delivery receipt addressed to “the master, owners, charterers and the vessel”.  Under English law this will not be sufficient to create a contract between the bunker supplier and the owners/vessel.

Often the owners’ position under the charterparty will be fortified by an anti-lien clause which states “Charterers will not suffer, not permit to be continued, any lien or encumbrance incurred by them or their agents, which might have priority over the title and interests of the owners in the vessel.” Alternatively, or in addition, the Master will endorse the bunker delivery receipt with the stamp: “Goods and/or services being hereby acknowledged and/or ordered solely for the account of Messrs [] Charterers of M/V [] and not for account of said vessel or her Owners.  Accordingly, no lien or any claim against said vessel or her Owners can arise thereof.”

That they have a maritime lien against the vessel

A “maritime lien” is a special maritime claim against a particular vessel.  It remains valid despite changes in ownership of the vessel.

English law provides a maritime lien for a strictly limited number of claims (e.g. salvage, claims for damage done by a ship and crew wages).  A bunker supplier or “necessaries man” does not have a maritime lien under English law.  That position is followed by most of the major trading nations with the notable exception of the USA.

The US Maritime Lien Act (“MLA”) provides that an unpaid bunker supplier will have a maritime lien against the vessel where the bunkers were ordered by “a person authorized by the owner”.  The MLA goes on to state that an officer or agent appointed by a charterer is “presumed to have authority to procure necessaries [bunkers] for the vessel”.

US law will not apply to a claim simply because a vessel is arrested in the US or because the bunker supply contract contains a US law clause. Rather the US Court will first assess what is the applicable substantive law under “choice of law” principles. In determining the relevant “choice of law” the Court will consider the following connecting factors to decide which “choice of law” law would be most closely connected and should therefore apply.

If the parties and the physical supply have no connection with the US then it is likely that US law will not apply and a foreign law will apply instead. Evidence of what that foreign law says will be required to determine: (a) whether there is a contract between the bunker supplier and the owners and hence whether the bunker supplier’s standard terms and conditions will apply; or (b) whether the foreign law would provide for a maritime lien.  In many cases under the “choice of law” analysis the contract will be between the bunker supplier and the charterers only (and not with the owners), and hence no maritime lien would apply.  There are eleven different federal court “circuits” with jurisdiction over the various ports in the US and inconsistencies in the approach they take to this question.  As a general rule, the more contacts the bunker supply has had to the USA the more likely it is that the owners and their vessel may be found to be a party to a contract between bunker supplier and charterer.

In summary, in England and most common law jurisdictions the vessel and her owner will usually not be liable to pay for bunkers ordered by charterers.

The position in the USA can be different and a bunker supplier will often therefore seek to arrest there.  This is because US legislation gives a bunker supplier a maritime lien where the person ordering the bunkers was authorized and, crucially, presumes that a charterer is so authorized.

If an arrest is made in the USA this does not mean that US law will apply or that liability will be established automatically.

However, owners will be required to put up security for the duration of the US proceedings. In order to exert maximum pressure the bunker supplier will often refuse to accept a Letter of Undertaking from an International Group P&I Club.  Security will have to be provided by cash deposit.  Legal costs in the US are not recoverable even if owners are successful in defending the claim.  These are both factors owners must bear in mind.

For these reasons, if the vessel trades on a worldwide basis, owners may expect an unpaid bunker supplier to attempt to arrest the vessel in the USA. It may be prudent to seek to negotiate an early settlement on account of that risk and to avoid the costs and detention of funds that USA litigation would entail.

An owner’s position may be improved if he includes in his standard charterparty wordings an anti-lien clause (such as NYPE clause 18) and makes a clear endorsement on any bunker delivery receipts he is asked to sign.  Finally owners may require charterers to advise details of each bunker stem ordered so that owners may, prior to the supply, put the bunker supplier on notice that they will not be responsible for same.

With thanks to by Jeb Clulow of Reed Smith for preparing this article.