Deviation and Fundamental Breach of the Contract of Carriage - A Last Goodbye? 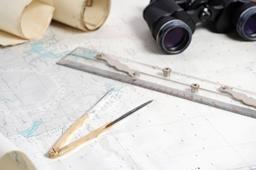 The concept of deviation, in the sense of an unjustified departure from the voyage agreed in the contract, has played an important role in the development of English maritime and insurance law. The Marine Insurance Act of 1906, which was a codification of the English law of marine insurance as it existed at the end of the nineteenth century, specifically provided that, in the context of a policy for a voyage (as opposed to a period of time):

“where a ship, without lawful excuse, deviates from the voyage contemplated by the policy, the insurer is discharged from liability as from the time of the deviation…”

Thus a cargo owner could find himself without insurance if, at some stage of the voyage and unknown to him, the carrier (shipowner) departed from the agreed route or, where no route was agreed, the usual and customary course between the ports of loading and discharge, and the cargo was thereafter lost or damaged.

In an attempt to mitigate the position of the cargo interests in such a situation, the law of carriage of goods by sea required the carrier to proceed by the prescribed route. If he did not do so and loss or damage to the cargo then occurred, the carrier was held to be in ‘fundamental breach’ of contract. In consequence, he was held liable for that loss or damage, regardless of any defences or limitations in the contract of carriage that might otherwise have applied. The carrier became, as it were, the insurer of the cargo, in the place of the cargo insurer whose policy the deviation had brought to an end.

(Indeed it was just such a case, “The Westerhope” in 1870, that gave birth to the provision by P&I Clubs of cargo liability insurance. At the time when protection clubs were introduced, cargo claims were not a serious risk for a shipowner.  However in 1870, the vessel “Westerhope” carrying a cargo bound for Cape Town, deviated first to Port Elizabeth.  She was then lost off the coast. The court held that as a consequence of the deviation the shipowner was not protected by the exceptions in the contract of carriage and was liable for full value of the cargo.  A similar incident shortly thereafter led to the formation of a class of cover designed to “indemnify” a ship owner against such risks.)

That deviation had indeed such serious consequences was affirmed by the House of Lords in Hain Steamship Company Ltd v Tate & Lyle Ltd [1936] 2 All E.R. 597, where it was held that, however minor or harmless a deviation might be, a breach of this type always gives the innocent party the right to treat the contract of affreightment as having ended at the moment the deviation began. Where an election of this type is made, then, from the commencement of the deviation, the innocent party is not bound by exclusion clauses or by any other term in the contract in favour of the carrier.

Meanwhile, the cargo insurance market mitigated the serious consequences of deviation for the cargo interests by providing that, in the event of a change of voyage, the cargo was “held covered” on terms to be agreed. In the P&I world, the Clubs set out to protect themselves from the risks inherent in their members becoming, in effect, the ‘insurers of the cargo’ by reason of a deviation. They did this by excluding from the cover for cargo liabilities those that arose out of or which were incurred as consequence of a deviation. Deviation is defined as

In such cases, the carrier can protect himself by taking out an additional insurance called ‘SOL’ (Ship Owners’ Liability) insurance.

The Club exclusion is, as can be seen, in wider terms than simply a geographical diversion from the agreed route. This wider wording was adopted to take account of the development of what have been called ‘quasi-deviations - that is, breaches of the contract of carriage which the law might interpret as so serious as to amount to a fundamental breach, disentitling the carrier from relying on its contractual defences and limitations of liability. Examples of quasi-deviations are the carriage of cargo on deck with an under-deck bill of lading, unauthorised transhipment and dry-docking with cargo on board.

This extension of the deviation concept was to some extent a reflection of developments in the English law of contract in general; during the 1960s and 1970s, the judges developed the concept of ‘fundamental breach’ of contract as a means of striking down – often contrary to the express wording – exemption clauses in cases where the court found the conduct of the contract breaker particularly gross or flagrant.

With the passing of the Unfair Contract Terms Act in 1977, however, the rationale for the doctrine of fundamental breach largely disappeared and the doctrine became discredited. Thus, in the case of Photo Production Ltd v Securicor Transport Ltd [1980] AC 827, the House of Lords decided that the so-called doctrine of fundamental breach does NOT operate so as to prevent reliance upon an exclusion clause when a contract is brought to an end by breach. Whether or not an exclusion clause was apt to exclude or limit liability was a matter of its construction and, where parties bargained on equal terms, they should have the right to apportion liability in the contract as they saw fit. As Photo Production was not a marine case, the question whether or not the doctrine of fundamental breach was still relevant in the context of contracts of carriage was left open.

That point has still not been finally decided but there have been comments in later cases to the effect that the doctrine does not survive in this context and that the interpretation of exclusion clauses depends upon their construction in the contract as a whole, rather than on the nature of the conduct of the contract-breaker. One case of note in this line of authorities being “Kapitan Petko Voivoda” [2003] 2 Lloyd’s Rep 1, as reported in an earlier edition of Sea venture -  http:///Publications/Articles/Articles/05_UnauthDeck_Hague_Pack.asp

In April 2009, however, the waters were ruffled. In his decision in the case of Internet Broadcasting Corp Ltd (trading as NETTV) v MAR LLC (trading as MARhedge) [2009] EWHC 844, Mr Moss QC, sitting as a deputy High Court judge, refused to give effect to an exclusion clause that would otherwise have applied according to its terms, on the ground that it did not cover a deliberate repudiation of the contract by the person who was the controlling mind and alter ego of the Defendant. In the judge’s view:

“The starting point must be the rebuttable presumption that the clause is not intended to cover a deliberate repudiatory breach of the contract…. There would have to be very clear, in the sense of strong, language to persuade a court that the parties intended the words to cover such a case. Pointing to a mere literal meaning is not enough.”

Was the doctrine of fundamental breach making a comeback by stealth? If so, it has been checked. In June 2011, Mr Justice Flaux delivered his judgment in the case of Astrazeneca UK Ltd v Albermarle International Corp & Ors [2011] EWHC 1574. One of the many issues he had to decide in that case was whether the defendant seller could rely on a clause excluding claims for loss of profits or consequential damages, where the breach of contract in question was deliberate and repudiatory. On the facts, the judge found that the breach was neither deliberate nor repudiatory but, in arguing the case for the claimant buyer, counsel relied heavily on the MARhedge decision above. The judge therefore subjected that decision to close and detailed analysis and concluded at paragraph 301:

“Thus, in my judgment, the judgment in Marhedge is heterodox and regressive and does not properly represent the current state of English law. If necessary, I would decline to follow it. Even if the breach by Albemarle of its obligation to deliver [the product] had been a deliberate repudiatory breach as Astrazeneca contends, the question whether any liability of Albemarle for damages for that breach was limited by [the exclusion clause] would simply be one of construing the clause, albeit strictly, but without any presumption.”

Thus another nail has been put in the coffin of fundamental breach and the time for its burial has surely arrived. Is there also therefore a strong case for burying with it the doctrine of deviation as a fundamental breach of contract in the maritime arena? The difficulty with that at the outset is that Hain Steamship Company Ltd v Tate & Lyle Ltd remains good law.  But deviation does not always have serious consequences.  The risks may alter, additional premium may be due for example, but a minor deviation may not lead to claims for delay or damage.

For many years liner bills of lading and standard form charterparties have contained widely drafted ‘liberty clauses’. These give the carrier, as part of the contract voyage, the ability or ‘liberty’ to deviate - for a wide variety of purposes - from the route that would otherwise be followed. And the Hague-Visby regime allows reasonable deviations.  If, in any particular case, the Court finds that the carrier has acted unconscionably, it can defeat the clause

a) by application of the ‘contra proferentem’ principle of construction (whereby the wording, if ambiguous, is interpreted against the party seeking to rely on it), or

b) by viewing the clause as so repugnant to the purpose of the contract that it  defeats its main object or renders it a mere statement of intent – an argument raised (unsuccessfully) in Mitsubishi Corporation v. Eastwind Transport [2004] EWHC 2924 (Comm).

In these circumstances, does the Court still need, as a weapon of last resort, the doctrine of deviation and its consequent displacement of the contract as a whole?

With thanks to David Martin-Clark, associate member of Stone Chambers, for preparing  this article.