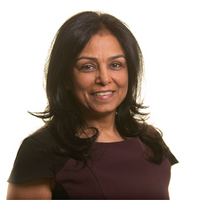 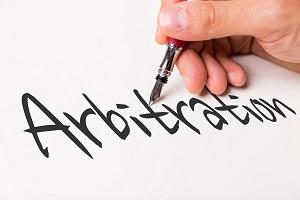 When parties to a contract agree to submit future disputes to arbitration it is important that the arbitration agreement (AA) is carefully drafted and includes an express choice of law provision. This is especially important when drafting contracts with different choice of laws governing the main agreement and any arbitration provision. If the parties do not wish the law governing the contract to be the law governing the AA, they must make this express. Getting it right at the outset of the relationship avoids wasted time and costs if, or when, later there is a dispute.

The majority decision of the Supreme Court establishes the leading authority on the correct approach under English law to determine the proper law of an AA and the role of courts of the seat in granting anti suit injunctions.

The facts of the claim were that Enka, a Turkish construction and engineering company was one of many subcontractors working on the construction of power plants in Russia for Unipro. The subcontract contained an AA which provided that all disputes arising from or in connection with the subcontract were to be resolved by arbitration seated in London, England, under the Rules of Arbitration of the International Chamber of Commerce (ICC). The subcontract was executed in both Russian and English and provided that the Russian language version was to prevail in case of inconsistency or conflict. Both the subcontract and the AA were silent in relation to the governing law.

Following a fire at the plant, Unipro made a claim and received from its insurers, Chubb Insurance Group, approximately USD400 million for the damage caused by the fire. The insurers, as the subrogated party, sought recovery of their losses from Enka on the basis that the fire was caused by defects in Enka’s work. The insurers commenced proceedings in Russia.

Enka applied to the English High Court for an injunction to restrain the insurers from continuing the Russian proceedings which they claimed should be stayed in favour of arbitration under ICC rules in London. Enka argued that the arbitration clause was governed by English law, the law of the seat of the arbitration.

At first instance, the judge dismissed Enka’s application and refused to grant the anti-suit injunction. The application was dismissed mainly on forum conveniens grounds that the Russian courts were the more appropriate forum to determine the governing law and the scope of the arbitration clause and its impact on the claim in Russia. Enka appealed.

The Court of Appeal allowed the appeal and held that there was nothing to suggest an express choice of Russian law as the governing law of the contract and/or the AA. The parties had chosen London to be the seat of arbitration indicating that the parties intended the governing law of the AA to be English law and that the Russian court proceedings were brought in breach of the AA.

The insurers appealed to the Supreme Court which upheld the Court of Appeal’s decision but for different reasons.

The correct approach to determine the governing law of an AA

The governing law of an arbitration clause will be relevant whenever a jurisdictional issue arises in connection with an arbitration (actual or prospective) as this will turn on the validity and scope of the clause. The English courts may be required to rule on such jurisdictional issues not only in the context of anti-suit relief but also (a) when granting other injunctive relief under s44 of the Arbitration Act 1996 (the applicant must show a prima facie case on the merits, including jurisdiction) (b) when determining a challenge to an award on jurisdictional grounds under s67 of 1996 Act and (c) where a party brings proceedings in English courts in breach of an arbitration clause and the other party applies to stay those proceedings under s9 of the 1996 Act.

The principles summarised by the Supreme Court to determine the law applicable to AA are:

Applying these principles, the majority of the Supreme Court held that the contract in this case contained no choice of law intended to govern the contract or the AA within it. In this case, the validity and scope of the AA is governed by the law of the chosen seat of arbitration as the law with which the dispute resolution is closely connected. The seat of arbitration is London. Therefore, the Supreme Court upheld the Court of Appeal’s decision that English law governs the AA.

The choice of seat is made by choosing the “place” of arbitration usually by words such as arbitration is to “be in” or to “take place in” the specified place, for example, London. This is a choice of seat rather than a venue. The significance of the choice of seat is not only a practical one as to where the hearing or deliberations of the tribunal will be held but a legal one that is relevant to the law governing the arbitration proceedings. The choice of seat also determines where the award is made for the purposes of enforcement as governed by the New York Convention. In this case questions of forum conveniens did not arise because the English court, as the court of seat, was an appropriate court to grant an antisuit injunction. It follows therefore, that in choosing London, the parties confer a supervisory jurisdiction on the English Courts which includes the power to grant an anti-suit relief.

The Supreme Court has established a general rule and a default rule for determining the law applicable to the AA. It confirms that by choosing London as the seat of the arbitration, parties can be confident that the English courts will have full supervisory powers, including the power to grant anti-suit relief to stop foreign proceeding brought in breach of the AA which makes London an attractive choice of an arbitral seat.