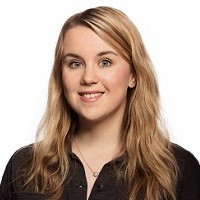 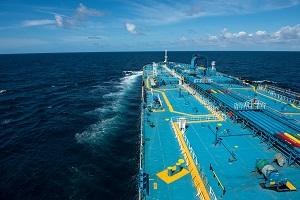 The Court of Appeal has confirmed Popplewell J’s first instance decision concerning shipowners’ obligations when commencing the approach voyage to the load port.

The Commercial Court decision was considered in issue 29 of Sea Venture. The Court of Appeal has recently handed down its judgment after hearing Owners’ appeal. The facts of the matter and the first instance decision are recapped below, before considering the Court of Appeal’s judgment.

Mitsui O.S.K Lines were disponent owners (“Owners”) of the “Pacific Voyager”, (the “Vessel”), who fixed the vessel for a voyage charter to CSSA Chartering and Shipping Services S.A. (the “Charterers”) on the Shellvoy 5 form for a voyage from Rotterdam to the Far East (the “Charterparty”).

When this fixture was agreed, the vessel was laden with cargo under a previous charter and was due to call at various ports before heading to Rotterdam to load. The Charterparty contained a cancelling date of 4 February 2015 and whilst it did not provide an ETA for load port in Rotterdam, it did advise the ETAs for ports under the previous fixture. The Charterparty also contained a clause which stated that the vessel “shall perform her service with utmost despatch”.

During the laden voyage under the previous charter, the vessel struck an underwater obstruction, and suffered damage, requiring drydocking for repairs. Whilst Charterers were kept informed of the incident and future prospects of performance, by the time the cancelling date arrived, Owners advised that the repairs would take months. Charterers therefore terminated the Charterparty and presented a claim to Owners for damages.

The Commercial Court considered the established case law of Monroe Brothers Limited v Ryan [1935] 2 KB 28 and subsequent decisions (see previous article in Sea Venture issue 29 for more details on the Monroe obligation) which held that when a voyage charterparty contains an obligation on an owner to proceed with all convenient speed/utmost despatch to a loading port and gives an ETA or Expected Ready to Load date (“ERTL”), there is an absolute obligation on the owner to commence the approach voyage by a date when it is reasonably certain that the vessel will arrive at the loading port on or around the ETA or ETRL. This obligation is to attach when the duty to proceed to the load port arises, which the Court found was to be within a reasonable time as determined by the construction of the charterparty terms.

As there was no ETA or ETRL provided in the Charterparty, the Commercial Court looked to the other terms of the Charterparty to consider when this reasonable time arose. In this instance, it was held that the ETAs given for the previous voyages could be considered. The Commercial Court decided that the ETA given for arrival at the Vessel’s last discharge port under the previous charter also carried with it an estimate that the vessel would take a reasonable period of time to complete her discharge. It was decided that after this reasonable discharge period the vessel would be bound to commence the approach voyage. As the vessel did not commence the approach voyage within this reasonable time, Charterers were awarded damages. Owners appealed this decision.

Owners submitted that the Court should not blindly follow the previous case law without considering differences in the charterparty wording in each case. Owners focused on the fact that there was no ETA or ETRL for Rotterdam and that the utmost despatch obligation could only attach when the Vessel left the last discharge port. Owners argued that because the Vessel did not leave the last discharge port, the obligation did not attach, and so they were not in breach.

Owners also submitted that the itinerary from the previous fixture was only included to highlight the vessel was performing a service before this charterparty, which was evident by the dates being qualified with “bss iagw/wp”.

Charterers submitted that the Court should uphold the first instance decision as they are bound by the previous authorities. It cannot be right that the utmost despatch obligation is only to apply when the vessel leaves the final port under her previous charter as this would mean that even if the vessel failed to depart for reasons entirely due to Owners’ fault – utmost despatch would not apply.

Charterers argued that as the previous itinerary was included on the charterparty form section entitled “Position/readiness”, this was surely to be interpreted as a statement as to when the vessel was expected to be ready. The itinerary from the previous charter assisted in showing the reasonable time that the obligation to proceed with utmost despatch was to attach. This was a time when it was reasonable to suppose the vessel would reach the load port at Rotterdam, once a reasonable time for discharge had elapsed.

Charterers also argued in the alternative that the obligation to proceed to the load port commences when it is reasonable to assume that the vessel should set sail to meet the cancelling date.

The Court of Appeal Decision

The Commercial Court judgment was upheld with a focus upon the need for business certainty when considering where the allocation of risk lies before the vessel starts to perform under the next charterparty. If the obligation to proceed with utmost despatch was to have any effect at all there had to be some time indicated for sailing. The inclusion of a previous itinerary would clearly be useful to enable the parties to decide at what point in time it would be reasonable for the obligation of utmost despatch to attach. For example, in this matter, the point in time was likely to be when a reasonable time for discharge had elapsed and so the Vessel would then likely leave for the load port – just as the Charterers had argued.

The Court did not agree with Owners that an itinerary would be included in a charterparty merely to let the Charterers know that the vessel was performing a previous voyage. The insertion of “bss iagw/wp” merely shows that the estimates were reasonably given. A previous itinerary was clearly of interest to Charterers and it is for that reason it was almost certainly included in the charterparty. This would give a rough date as to when the cargo would be loaded and provide some comfort to the Charterers in circumstances where there may be no ETA or ERTL. Owners appeal was therefore dismissed.

In the Commercial Court judgment, Popplewell J made an obiter comment that the cancellation date could provide the same function as an ETA (if there was no ETA information included in the charter). The Court of Appeal did not consider whether any weight could be put on the cancelling date when looking at the approach voyage and so the obiter comment therefore remains unconsidered. The Court of Appeal did however say that it would be somewhat surprising if there was a Charterparty with no ETA, ETRL or previous itinerary given, meaning that the only guide was the cancelling date.

The Court of Appeal has confirmed that when a voyage charterparty contains an obligation on an owner to proceed with all convenient speed/utmost despatch to a loading port and does not provide an ETA or ETRL, an itinerary provided under a previous fixture will be viewed as an equivalent to an ETA or ETRL for considering when the obligation attaches.

Owners are applying to the Court of Appeal for permission to appeal to the Supreme Court. Furthermore, Owners have reserved the right to challenge the already established case law (the Monroe obligation) in the Supreme Court.

Until that time, we would repeat the guidance issued when reporting on the Commercial Court decision, which is that whilst it has been confirmed that an itinerary/ETA for the previous fixture will suffice, to be on the safe side, charterers would be best to push for inclusion of an ETA or ETRL date when fixing new voyage charters. Likewise owners need to be aware of the possibility that a claim in damages could arise. 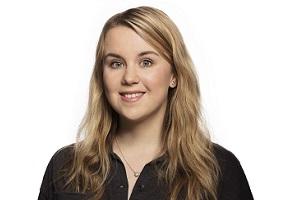