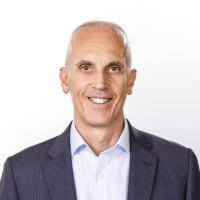 The short term measures that will come into effect on the 1 January 2023 as part of the IMO Strategy on Reduction of GHG Emissions from Ships were adopted at MEPC 76 in June 2021, and will be applied by way of Chapter 4 of MARPOL Annex VI.

As discussed in Hill Dickinson’s article on the Club’s website - Decarbonisation and Shipping - the aim is the gradual reduction of a ship’s carbon intensity through the adoption of both technical and operational measures, with technical issues being measured by the ship’s Energy Efficiency Existing Ship Index (EEXI) and operational issues by a Carbon Intensity Indicator (CII).

The short term measures will introduce challenges for both Owners and charterers but so far as Charterparty and bills of lading these are likely to include:

The costs associated with maintaining or improving a ship’s energy efficiency over time are likely to mean modifications to hulls or propulsion systems or other efficiency improving devices, and as ever when a vessel is on Charter, or perhaps even about to be delivered into a charter service, questions as to who is going to pay for the cost and time involved in making any such changes will arise.

This question – who pays, was addressed by the English Courts in a related but slightly different context because of an earlier MARPOL change that came into effect in April 2005. This was The Elli and The Frixos [2008] EWCA Civ 584, a case that went all the way to the House of Lords. See last Club article on this case: Due Diligence - Obligation to Maintain II.

The MARPOL change at that time was that fuel oil could only be carried in double-hulled vessels or vessels classed as “double-sided”. The two vessels had been on long term charters and were described in the charters as “double-sided” but because some of the cargo tanks were not fully protected from the outside by ballast tanks the vessels were in fact classed as only “partially double-sided”.

The Owner’s position was that the charterers should pay the US$1.2 million cost of the necessary modifications because it was the physical condition of the vessels on delivery into the charter service that mattered, not subsequent MARPOL requirements that would have meant, as the Owners put it, “rebuilding” the vessels to be fully double sided.

A vessel cannot, therefore, be described as “in every way fit” for the charter service if it does not comply with MARPOL requirements, and fitness is not restricted to physical matters but includes legal fitness, which for the Elli and Frixos meant fit to carry a permitted cargo.

However, unlike the 2005 changes to MARPOL the technical changes to a vessel to improve energy efficiency are left to an Owner to decide, and the Elli and Frixos does not necessarily mean the cost of every device that might be fitted to improve a ship’s efficiency will be for an Owner’s account.

For example, there might be a range of options available to an Owner to meet a vessel’s EEXI requirements, and legally fit does not mean an Owner has an obligation to upgrade a vessel to make a vessel more efficient for its charterer. But, in the case of long-term charters, if modifications result in a more efficient vessel that consumes less fuel a charterer might be prepared to forego some of those savings by contributing to the direct cost of any modifications or perhaps increased hire rates.

Aside from these considerations the cost of installing energy efficiency devices on a vessel to comply with the new MARPOL regulations will be for the Owner’s account. That is unless there are specific clauses in a charter allocating costs and consequent time out of service. In this respect BIMCO has published an EEXI Transition Clause for Time Charter Parties 2021 which puts the cost on Owners.

As well as technical modifications a vessel’s ability to reduce carbon emissions and CII rating is highly dependent on the operation and employment of a vessel. When on charter a ship’s Master is obliged to follow and execute charterer’s legitimate orders reasonably promptly, and to proceed on the voyage with utmost despatch. In exchange for following their orders hire is paid.

That obligation, to follow a charterers’ orders in relation to the employment of the vessel can mean compliance with the CII regime is outside an Owners’ control, and will lead to disputes if to reduce carbon emissions the Owner decides to reduce speed, or instead of following the shortest or quickest route ordered by charterers, to sail by a different and more fuel-efficient route. However, as with technical modifications, without specific clauses addressing these considerations it is likely that an Owner will be exposed to claims for damages or off hire if the charterer’s orders are not followed as its unlikely that a term will be implied preventing charterers from issuing orders that will adversely affect a vessel’s operational CII. As such operating a time charter party under a continuing vessel improvement scheme is going to be a challenge for both Owners and charterers. It is understood that BIMCO is aiming to publish a clause - CII Compliance Clause, that addresses these issues before May 2023.

The BIMCO transition clause (EEXI Transition Clause for Time Charter Parties 2021) deals with changed vessel speeds as a result of modifications to limit Engine (EPL) or Shaft Power (SHAPOL. In that event the clause provides for the charterparty speed and consumption warranties to be amended if, to maintain or improve a vessel’s efficiency).

As mentioned above sailing at reduced speeds and/or via the most fuel-efficient route is a means by which an Owner might be able to maintain or improve a vessel’s CII rating. If so, however, this could amount to a deviation under the contract of carriage with consequences both for an Owner’s defence to claims and their P&I cover.

(i) There is an (implied) duty under English law “to proceed [on a voyage] without unnecessary deviation on the usual and customary course”; that is without unreasonable or unjustifiable delay. This would usually involve proceeding (i) by the usual/customary/most direct route and (ii) with reasonable despatch, albeit the Hague/Hague-Visby Rules provide that: ‘any reasonable deviation shall not be deemed an infringement or breach of this Convention or of the contract of carriage, and the carrier shall not be liable for any loss or damage resulting therefrom’.

(ii) That deviation can have serious consequences was affirmed by the House of Lords in Hain Steamship Company Ltd v Tate & Lyle Ltd [1936] 2 All E.R. 597, where (a) it was held that, however minor or harmless a deviation might be, a breach of this type always gives the innocent party the right to treat the contract of affreightment as having ended at the moment the deviation began, and (b) if an election of this type is made, then, from the commencement of the deviation, the innocent party is not bound by exclusion clauses or by any other term in the contract in favour of the carrieri

(iii) The Club Rules provide there is no recovery in respect of liabilities costs and expenses arising out of or incurred in consequence of a deviation of ship and/or cargo unless (i) the Managers agree cover, possibly on terms or (ii) at the discretion of the Directors.

A consequence of optimal steaming is the delayed arrival of the vessel, and cargo, at the discharge port. However, optimal steaming to reduce emissions is not the same as slow steaming since the aim is to reduce waiting time at ports, where ships are at their most inefficient. To do this coordinating arrival times with the availability of loading and discharge berths is necessary, which requires monitoring of traffic flows at ports with consequent adjustments to vessel speeds.

This would require a move away from what has been described as the Steam Fast, Then Wait approach, with compensation for waiting time under charters paid by way of hire or demurrage or damages, to a Just in Time approach, and agreement between stakeholders if Owners are to avoid being in breach of contract for failing to proceed with due, utmost or reasonable dispatch. With an increasing focus on environmental issues and for shipping the reduction of GHGs, such practices might over time be regarded as usual so that delays on a voyage as a consequence of optimised vessels speeds will not amount to a deviation under a contract of carriage.

BIMCO has developed a clause for Voyage Charters – The Just in Time Arrival clause 2021 - that seeks to address this issue by giving the charterers the right to request adjustments to a vessels speed to meet a specified time of arrival. To the extent a voyage is in consequence prolonged the clause provides for compensation to be paid by charterers, and to address the deviation risk that charterers ensure compliance with their request is not a breach of the contract of carriage or alternatively if there is such a breach will indemnify Owners.

iSee the Club’s website for Deviation and Fundamental Breach of the Contract of Carriage - A Last Goodbye?