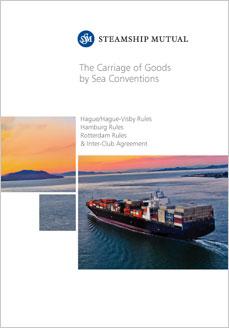 Steamship Mutual has updated its popular Cargo Convention book so that in addition to a direct comparison of differences between The Hague and The Hague-Visby Rules, the changes to those Rules that were introduced by the SDR Protocol are also shown. There are also sections setting out The Hamburg Rules and Rotterdam Rules, together with a further section highlighting the amendments to the 1996 Inter-Club Agreement that were introduced by the 2011 Inter Club Agreement.