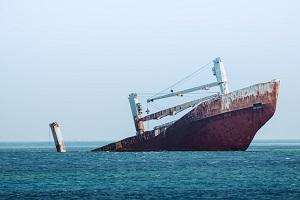 Introduction
The Nairobi International Convention on the Removal of Wrecks, 2007 (the “Convention”) entered into force on the 14 April 2015. On 28 July 2021 Kazakhstan will become the 56th state to ratify the Convention and the 21st state to extend its application to include its territorial waters.

The Convention is receiving wider international attention and more states are expected to sign up - Norway is anticipated to ratify the Convention in the near future. Bringing in the concept of a reasonable and proportionate response to a wreck removal operation the Convention addresses questions of definition of a wreck, respective responsibilities of a Shipowner and State Party, liability and compulsory insurance as well as other provisions.

Scope and application
The Convention permits a State Party to take measures to remove a wreck that is a hazard to navigation or the marine environment. A ‘Hazard’ is defined as a danger to navigation or a condition giving rise to harmful consequences to coastlines or other coastal interests such as ports or fisheries, tourism, offshore and underwater infrastructure. The health of coastal populations and conservation of both marine and non-marine wildlife are further considerations in determining a hazard within the meaning of the Convention. The Convention restricts measures taken by the coastal state to being reasonable and proportional to the hazard faced, such measures to cease on removal of the wreck.

The ‘Convention Area’ is identified as the Exclusive Economic Zone (EEZ) of a signatory state, the ‘State Party’, but excluding the territorial sea itself where national law applies. However, a State Party may extend the application of the Convention to include its own territorial seas by notice to the IMO.

A ‘Ship’ is given a wide definition. Other than fixed structures or floating platforms while engaged in exploration, practically all sea going water borne craft fall within the scope of the Convention with no minimum gross tonnage.

A ‘Wreck’ includes a ship, or any part of a ship, or object that has been on board a ship but has become detached, e.g. cargo, that as a consequence of a maritime casualty has sunk or stranded or is adrift. The definition extends to a casualty that may reasonably be expected to become a wreck, provided salvage services are not already being rendered. A ‘Maritime Casualty’ has an equally wide definition, being an incident of navigation such as a collision or stranding, or an occurrence on board or even external to the ship, for example a shore based explosion while a ship is alongside a terminal, all giving rise to material damage to the ship or its cargo.

Reporting, locating and dealing with a wreck
Requirements include reporting to the ‘Affected State’ in which the wreck is located by the Master or its owner/operator in a precise format stating the location of the wreck, its characteristics and condition including the nature of any cargo on board with particular reference to any hazardous or noxious substances as well as bunker and lubricating oils.

Using criteria set out in the Convention, the Affected State will determine whether the wreck poses a hazard and will establish the precise location of the wreck, promulgate its position and the threat it poses and, as necessary, mark its position. The costs associated with locating and marking the wreck can be recovered from the owner of the wreck.

Having determined the wreck poses a hazard, article 9 of the Convention places the onus on the registered owner to remove it. The Affected State may dictate conditions for its removal, including setting deadlines, although the Convention seeks to limit these conditions to those of safety and the protection of the marine environment.

An owner is permitted under the Convention to contract with a salvor or other suitable party to remove the wreck, but if they fail to do so, or immediate action is required before the owner can mobilise such services, the Affected State may undertake the task.

Liability
Article 10 of the Convention holds the owner strictly liable for the cost of locating, marking and removing the wreck without specific reference to any limitation to these costs other than the general restriction in article 2 of being reasonable and proportional to the hazard faced. There are exceptions, including for example liability is excluded in the event of an act of war, or hostile activity or through force majeure, defined as a natural phenomenon of an exceptional, inevitable and irresistible character. A further exclusion is where the maritime casualty is intentionally caused by a third party. For this exclusion to qualify, any resulting damage would need to be shown to be “wholly caused” by such act which suggests the exclusion may not provide a complete defence in the event of contributory negligence, however small, on the part of the Shipowner. A final exclusion is the failure of a Government to properly maintain navigational aids.

Article 10 also permits an owner to limit liability pursuant to any applicable limitation regime for example the International Convention on Limitation of Liability for Maritime Claims, 1976. However, it is also worth noting some states specifically exclude the right to limit in respect of wreck removal for example the United Kingdom.

Liabilities that conflict with other IMO conventions, such as CLC, HNS, Nuclear Damage and Bunker Oil Pollution are excluded under the Wreck Convention. Finally, article 10 preserves the right of parties incurring cost under the Convention to pursue a recourse action against a third party, such as another vessel involved in a collision.

Compulsory Insurance
The longest article within the Convention, article 12, requires the owner of a ship of 300 gross tonnes or more registered in a signatory state to maintain insurance or other acceptable form of financial security to cover liability under the Convention. Each ship is to carry a certificate in an approved format, a draft of which is included in the single annex to the Convention. Ships not registered in a signatory state may obtain certificates from any other State Party.

Article 12 also provides for claims for costs arising out of the provisions of the Convention to be brought directly against the insurer or guarantor stated in the certificate.

Conclusion
The Convention seeks to lay down a uniform set of rules for dealing with a wreck and is welcomed by the International Group of P&I Clubs in attempting to provide consistency of approach and some certainty towards outcome in what can prove to be some of the largest claims faced by Shipowners. The scope of the Convention is limited to the EEZ and given most wrecks lie within territorial waters this somewhat undermines the practical application of the Convention unless a State Party has included its territorial seas on ratification.

The Convention follows the format seen in the CLC and Bunker conventions of compulsory insurance and permitting direct action against an insurer, while at the same time recognising the right of a insurer faced with a direct action against it to limit liability in accordance with any applicable limitation regime. 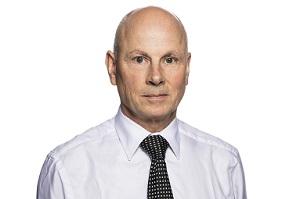