Use of VHF in collision avoidance 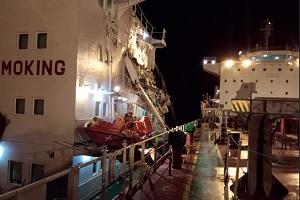 The UK’s Marine Accident Investigation Branch (MAIB) has  recently published the report of its investigation into the collision between the bulk carrier Huayang Endeavour and the tanker Seafrontier that occurred in the Dover Strait  on 1st July 2017.

Full details of the casualty are contained in the MAIB’s Serious Marine Casualty Report No. 7/2018 which can be found at the following link:

This report illustrates clearly the risk of misunderstanding that can arise from VHF conversations, and particularly when English is not the first language of one or more of the participants. Similar scope for misunderstanding and increased risk of collision can be seen from the UK MAIB’s Serious Marine Casualty Report No. 11/2014 on the collision between CMA CGM Florida and Chou Shan, and the Bahamas Maritime Authority report on the collision between the Baltic Ace and Corvus J. Both of these reports can be found at the following links:

Members are strongly recommended to distribute these reports to their Masters and officers.