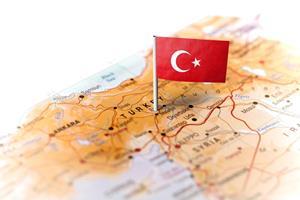 Club Correspondents Metropole Maritime & Trading of Turkey have notified the Club of a recent trend in Turkey that will be of interest to members trading in the region.

A. COURSE OF EVENTS

B. INVESTIGATION CARRIED OUT BY PUBLIC PROSECUTOR AND RELATED CRIMINAL PROCEEDINGS

In addition to the course of events mentioned above, following completion of the investigation process, Public Prosecutor could either provide a decision on non-prosecution or issue an indictment accusing the Master and/or the Chief Engineer of committing a crime defined under Article 3/1, 3/10 and 13 of Anti-Smuggling Code, which reads as in the following and submit the same to the Criminal Court.

- In cases where smuggled goods are stored or transported in a specially prepared hidden compartment enabling ease of commitment of crime or finding out of the crime.

- In cases where smuggled goods consist whole or significant amount of quantity and volume of the cargo or in case such smuggling requires use of the vehicle in question.

- In cases where the smuggled goods are banned from entering and exiting into Turkey or consist of substances hazardous for individuals and environment.

In each case, the facts of the alleged crime are evaluated by the criminal courts and if found guilty, sentencing is decided at the discretion of the judge handling the case. Therefore, it is not possible to make an estimation regarding the fine amount that will be imposed, if this is the case. As a matter of Turkish law, an attempt to commit the crime of smuggling is also punishable with the same sanctions as if the crime has been fully committed.

- During a call to Turkish ports, crew members should be made well aware of the undeclared bunker issues with the Customs and their consequences.

- Related records should be kept properly on a daily basis

- Crew members should make sure to carry out correct calculations for determining the quantity of bunker on board and double check the figures before declaring the same to the Customs.

Our thanks to correspondents Metropole Maritime of Istanbul for providing this information.