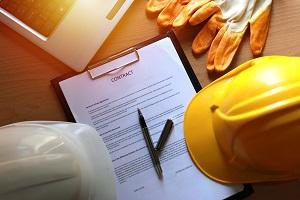 The enforceability of arbitration clauses in US seafarers’ employment contracts, where the performance of the contract was outside the United States has been discussed in an earlier article.

A recent Federal Court decision may be an opening to enforce arbitration clauses in US seafarers’ contracts where performance of the contract is within the United States and between US Citizens.

FFA
The Federal Arbitration Act (“FAA”) allows for a seafarer’s claim to be arbitrated, however an agreement to arbitrate, which is subject to a relationship which is entirely between citizens of the United States, is deemed not to fall under the New York Convention (“the Convention”) unless:

“that relationship involves property located abroad, envisages performance or enforcement abroad, or has some other reasonable relation with one or more foreign states”

Recent Decision of the United States District Court of New Jersey
In the federal court decision in the case of Anthony Kozur v F/V Atlantic Bounty, LLC Et al, [Civil Action no. 18-08750] of 18 August 2020 the Federal Court found that federal law does not need to be applied to issues relating to the enforcement of arbitration clauses and that state law can apply.

Background
Anthony Kozur (“Plaintiff”) was a commercial fisher and had been working for the defendants since 2009. For every trip, the plaintiff signed a manifest which he knew to be an employment agreement. The manifest contained an arbitration clause.The manifest comprised a number of pages, and for the relevant trip the manifest was on the galley table open at the signature page. The plaintiff was aware that the document contained terms, but admitted that he had never read through the document.

During the trip the plaintiff was injured when he slipped and fell, twisting his back. He filed a complaint in the District Court of New Jersey alleging Jones Act Negligence, Unseaworthiness and Maintenance and Cure. The defendant filed a motion to compel arbitration pursuant to the arbitration clause in the employment contract.

Defendant’s Motion to Compel Arbitration
The court considered whether there was an agreement to arbitrate and whether the dispute was one that fell within the scope of that agreement.

Agreement to Arbitrate
On this issue the court was satisfied that there was an agreement to arbitrate and the dispute fell within the scope of the agreement. The plaintiff could read English, was aware the document was an employment agreement and included a number of pages that contained terms. The plaintiff however admitted that he had not read the document and had never seen the arbitration clause. The court considered Atalese v. U.S. Legal Servs. Grp., [L.P., 99 A.3d 306, 313 (N.J.2014)] which found that the words that compose an arbitration agreement needed to be a clear and unambiguous confirming that the party was choosing to arbitrate the disputes rather than have them dealt with in a court of law.

The court found that the arbitration agreement in the manifest signed by the plaintiff, but not read, was clear and unambiguous and confirmed that in signing the manifest, the plaintiff was giving up his right to a trial by judge or jury and the “…language is more than sufficient for a valid and enforceable arbitration clause….”

The court was also satisfied that the dispute fell within the scope of the agreement and the arbitration clause also stated that the plaintiff was
”agreeing to, arbitrate any dispute arising from his work as a crewmember”.

“if the agreement to arbitrate is determined to be exempt from the enforcement under the Federal Arbitration Act, the law of the State of New York shall be applied in determining the validity and enforceability of this agreement”

The court found that the parties had an agreement to arbitrate under both New York and New Jersey law.

In both New Jersey and New York, courts have held there to be no language in the FAA that explicitly pre-empts the enforcement of state arbitration statutes.
The court referred to Mitsubishi [473 U.S at 628] in which the First Circuit stated that

“By agreeing to arbitrate a statutory claim, a party does not forgo the substantive rights afforded by the statute; it only submits to their resolution in an arbitral, rather than a judicial, forum”

Discussion
The case suggests that federal law need not be applied to issues concerning the enforceability of an arbitration clause in a seafarer’s employment contract, and that state law can apply. Whilst this verdict from the District Court of New Jersey does not amount to binding precedent, it may still be persuasive to other Federal District Courts.

Members should therefore carefully consider arbitration clauses in employment contracts and ensure they are clear and unambiguous, and make clear that the seafarer is giving up their right to a trial by judge or jury. To ensure that there can be little dispute that the seafarer was not aware of the contents of the contract, employers may wish to have the seafarer sign or initial each page of the contract, including the page setting out the arbitration clause. Having such a procedure in place would, of course, require careful scrutiny of the returned contract to ensure all of the relevant pages had indeed been initialled.