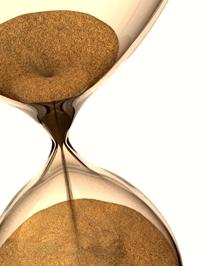 Lord Justice Thomas in the Court of Appeal in London has recently delivered an interesting judgment on the time limitations applicable to the enforcement of arbitration awards in the case of National Ability SA v Tinna Oils & Chemicals Ltd (The “Amazon Reefer”) [2009] EWCA Civ 1330.

While the appeal decision is a few months old, the matter dates back to 1995 when a number of disputes arose under a Gencon charterparty pursuant to which the “Amazon Reefer” had been fixed by the appellants (the owners) to the respondents (the charterers) for a voyage from Kandla to Novorossiysk. The charterparty incorporated a London arbitration clause. Owners had obtained an award in their favour in 1998 but, for reasons that were not apparent, it was not until a decade later that they took steps to enforce the award. By that time the six year time limit for enforcing an award (see below) had expired. As such, and by way of an ingenious argument, owners sought to argue that time started to run from the date on which the award was converted to a judgment under s. 26 Arbitration Act 1950. As an aside, and to emphasise the relevance of this decision today, while the award pre-dates the Arbitration Act 1996, s. 26 1950 Act has been carried over as s. 66 Arbitration Act 1996.

The circumstances of the dispute are not relevant but in 2008 owners’ sought and obtained ex parte an order from Aikens J to enforce the award as a judgement under s. 26 Arbitration Act 1950. Charterers successfully applied to the High Court to set aside the order, primarily on grounds that enforcement of the judgment was subject to s. 7 Limitation Act 1980 which prescribed a 6 year time limit from the date on which the cause of action accrued.

The relevant sections of the Acts read as follows;

An action to enforce an award, where the submission is not by an instrument under seal, shall not be brought after the expiration of six years from the date on which the cause of action accrued.

”Action” includes any proceedings in a court of law, …

Powers of the court in relation to award

66. Enforcement of the award

(1) An award made by the tribunal pursuant to an arbitration agreement may, by leave of the court, be enforced in the same manner as a judgment or order of the court to the same effect.

The owners appealed to the Court of Appeal. They argued that the time limit should not apply because the procedure under s. 26 was formed of two distinct parts, neither of which should be subject to s. 7. The first, they said, was to convert the award into a judgment and as s. 7 provides a time-bar for “an action to enforce an award” their application to convert the award to a judgment was not caught by s. 7. Similarly, the second step, to commence proceedings to enforce the judgment was also not caught because they were not enforcing an “award”.

To support their case, owners relied on Lowsley v Forbes [1996] CLC 1370 (CA), a case where the court had been asked to consider S. 24 Limitation Act. (S. 24(1) states: An action shall not be brought upon any judgment after the expiration of six years from the date on which the judgment became enforceable). In Lowsley the court had decided that procedural steps, such as those that were required to convert an award to a judgment under s. 26 were different to the steps required to enforce an award. As such the steps taken pursuant to s. 26 were not steps pursuant to an action, to enforce an award and were not caught by s. 7 Limitation Act.

The Court of Appeal dismissed owners’ arguments on a number of grounds. The most notable of which was that an action to enforce an award was founded on an implied promise to pay the award that was contained in the agreement to arbitrate. That promise was contractual in nature and thus, and because s. 26 was simply a procedural measure enabling that promise to be enforced, an award converted to a judgment was an entirely different thing to a judgment by a court Accordingly, an arbitral award should maintain its identity as an arbitration award and was, thus, caught by the 6-year time limit set out in s. 7 Limitation Act, notwithstanding its conversion to a judgment under s. 26 in order to enforce.

With respect to Lowsley, the rational in that case could be distinguished because it related to the enforcement of court judgments.

The decision is important because:

1. Of the importance of maintaining consistency and clarity when enforcing decisions, whether the decision is that of a court or of a tribunal constituted pursuant to a contractual agreement, and

2. It emphasises that unless the contract containing the arbitration agreement was made under seal, a successful party has six years from the date of publication of the award to enforce the award.