Stowaways and International Protection in Italy 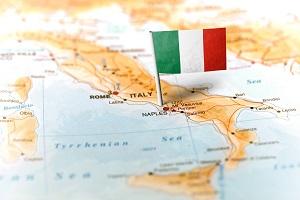 Club correspondents Studio Legale Mordiglia of Genoa report that their firm recently assisted a shipowner in connection with a stowaway on board a ship calling at an Italian port. They reported as follows:

“The stowaway was a 19 year old man from Guinea. Most probably he had boarded the ship at Conakry and had been on board for over two months. Previous attempts to repatriate the stowaway from other EU countries had been unsuccessful, even though the shipowner had obtained a temporary document for travel to Conakry from the Guinean embassy.

Before the ship’s arrival, we approached the Italian authorities for permission to disembark and repatriate the stowaway. Regrettably, but not surprisingly, permission was denied for multiple reasons such as COVID, travel restrictions, unavailability of direct flights to Conakry, shortage of personnel to take custody of the stowaway and escort him, etc.

In the circumstances, we considered whether the stowaway could be eligible for international protection in Italy. International protection is a set of fundamental rights which are recognised by Italy for refugees and beneficiaries of subsidiary protection. In particular, under the 1951 Geneva Convention, refugees are people who have a founded fear of being persecuted in their country of origin due to their race, religion, nationality, political opinion or belonging to a certain social group and who are unable to receive protection from their country of origin.

We found a couple of decisions of Italian courts that recognized international protection to Guinean citizens on the ground that despite the recent political-institutional normalisation of the country, the living conditions of the people remain precarious, fuelling social tensions that add to political and, in some cases, ethnic-religious ones which expose people to situations of serious personal risk.

As the ship arrived, the ship’s agent notified the stowaway’s application for international protection to the Port Police and the Prefecture. We approached UNHCR of Rome who instructed their local representative to assist the stowaway and cooperate with us in dealing with the authorities. The Port Police’s reaction was quite uncooperative, but the Prefecture’s officers boarded the ship, interviewed the Master and the stowaway and eventually escorted him ashore to a reception centre for asylum seekers where he will stay for the entire duration of the process for recognition of international protection.

The ship departed the day after for her next destination.

This was an unprecedented and difficult, but eventually successful, exercise which shows that, where the circumstances permit, international protection may be a viable avenue to resolve stowaway matters."

Our thanks to Paolo Manica of Mordiglia [email protected] for the above article.

Members may recall that Steamship has published various articles on Stowaways, some of which can be found in the links below.

Article: Stowaways: What to do when it is already too late

Article: Measures for the prevention of stowaways